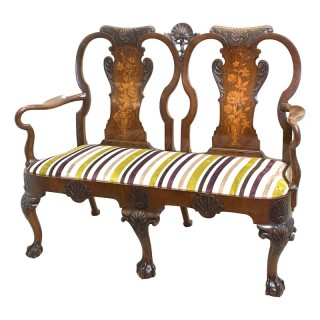 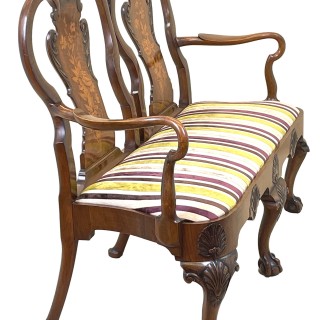 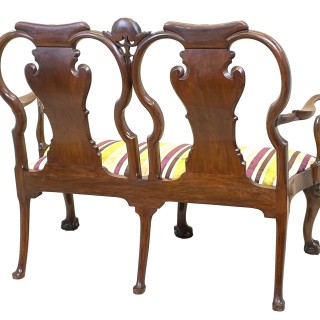 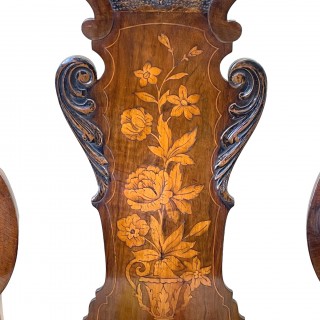 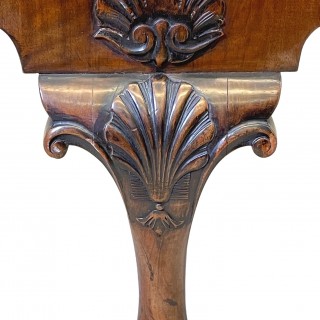 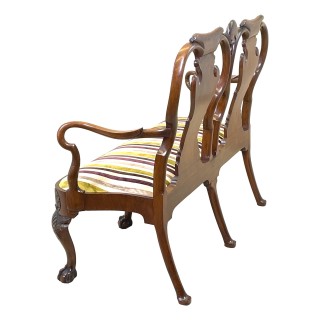 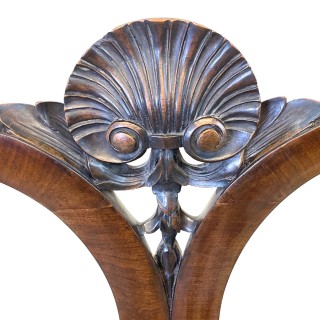 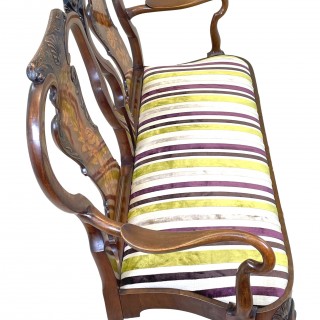 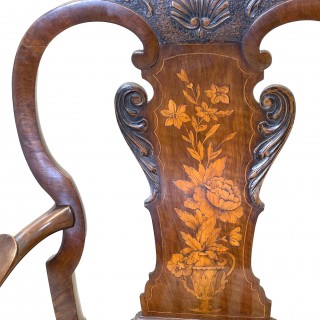 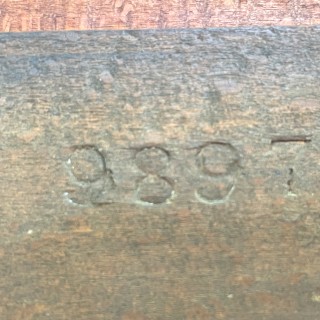 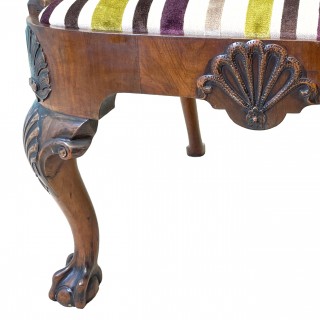 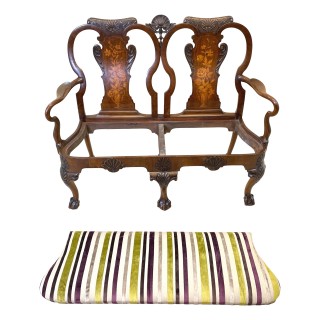 Despite being constructed in the late 19th/early 20th century this Georgian style settee is fantastic quality and the maker has clearly worked very hard to ensure it is as close as possible to its Georgian counterparts. There is a good, skilful depth to the carving and the overall proportions of the piece are much more in keeping with what you would expect to find from an early 18th century piece, rather than the skimpy proportions often found on a late 19th century piece “in the style of”.

The settee also boasts some quite exceptional marquetry inlaid decoration which really adds another element to the overall look of the piece. It would have taken extreme skill to execute the inlaid decoration on a piece of this stature.

Perfect for such a huge variety of spaces around the home, from the bedroom, all the way through to the living room, via the hallway we are certain that this would be a valuable and elegant addition no matter where in the home you choose to place it.

As with all of the items which we offer for sale this fabulous antique settee has been attended to in our workshops by our skilled restorers and lightly cleaned plus naturally waxed in the traditional fashion, ensuring that it is ready to be placed immediately into the home. The drop in seat has also been very recently re-upholstered resulting in the fabric being in exceptional condition. The fact the seat is removable does of course mean that it could be covered in a different fabric relatively easily and inexpensively should one wish for the settee to fit into a certain existing interior design scheme.