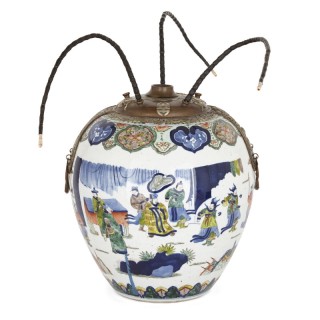 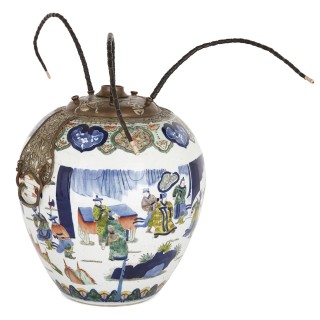 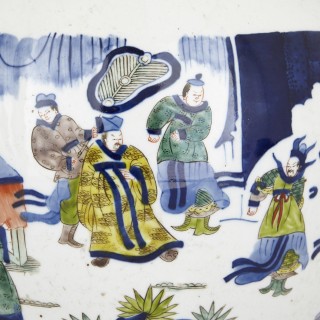 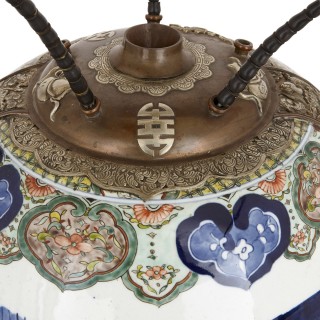 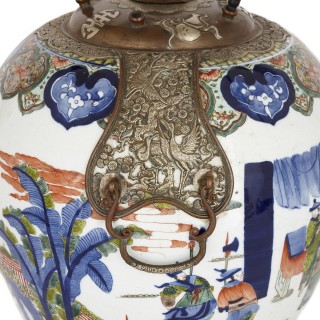 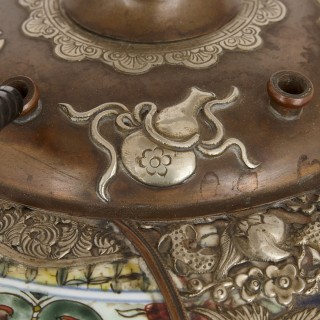 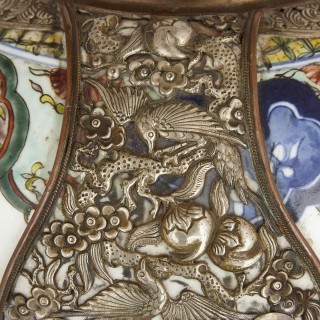 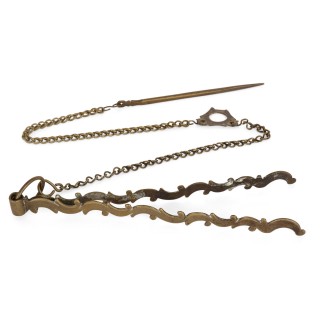 This 19th Century porcelain opium jar, formed in a traditional vase shape, is decorated in the 17th Century Wucai style. The body features a continuous scene of a noble procession in blue, green, red and yellow. The jar is mounted with highly detailed bronze mounts and comes complete with accompanying accessories and pipes for smoking opium. Opium was widely consumed in 19th Century China as the English imported it into the provinces of Canton.