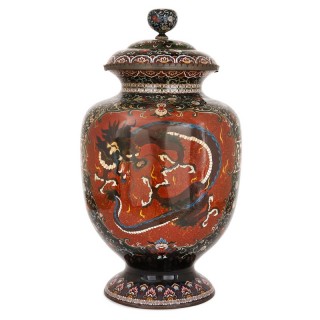 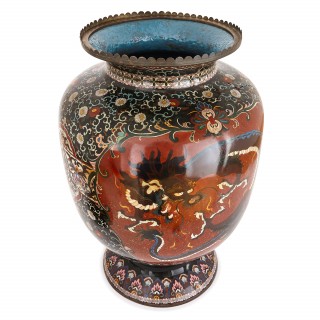 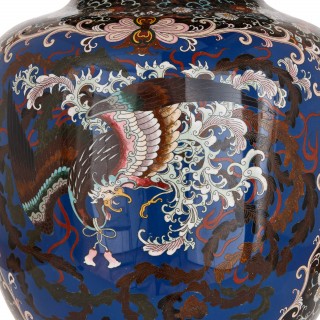 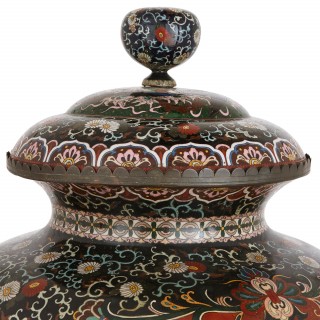 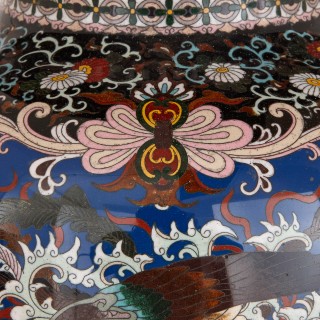 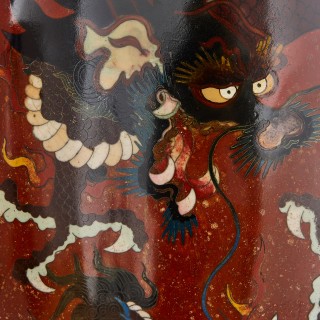 This intricately decorated antique Japanese vase was crafted in the Meiji period (1868-1912). The vase is of circular form and features a waisted base, large, ovoid body and a lid with a bun finial. The vase is decorated all over in the intricate cloisonne enamel technique, and features scrolling floral and foliate motifs all over, on an ink blue ground. The front of the vase is decorated with a large scene depicting a dragon on a red ground, and the back features a scene of a mythical bird on a royal blue ground, surrounded by scrolling leaf vines. The base and neck of the vase feature repeating floral and geometric patterns, and the top is mounted with a metal petal rim. The vase lid sits on top of the metal rim and features further scrolling foliate decorations.