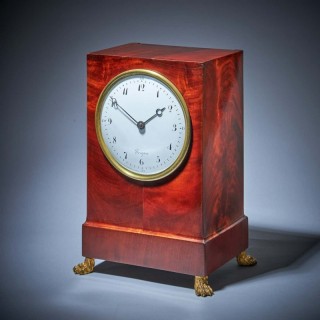 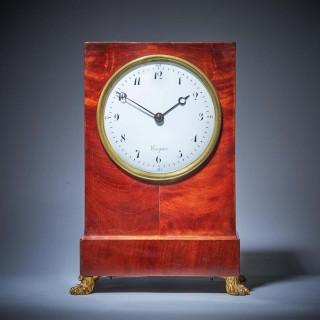 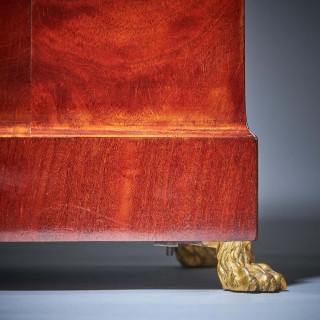 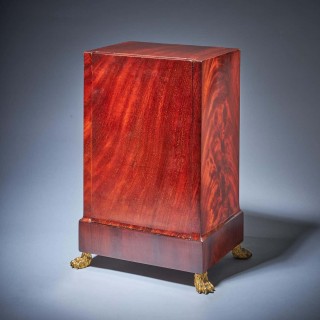 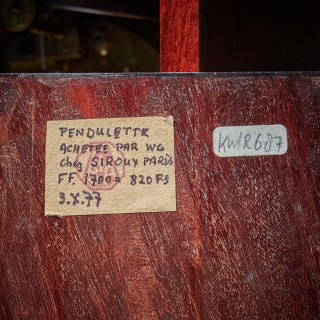 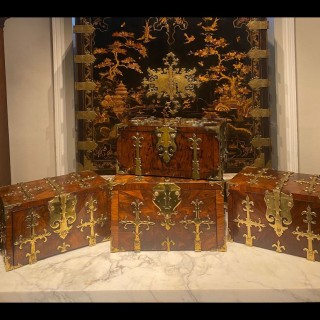 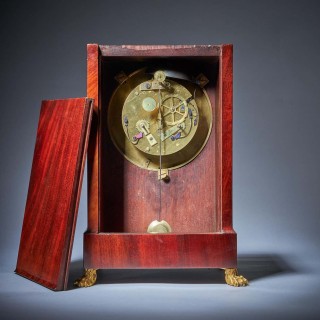 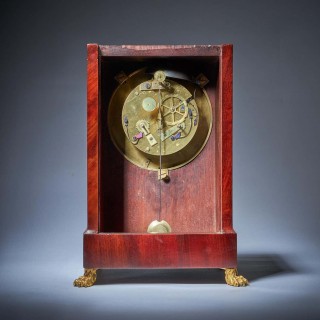 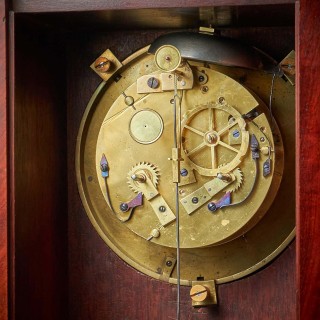 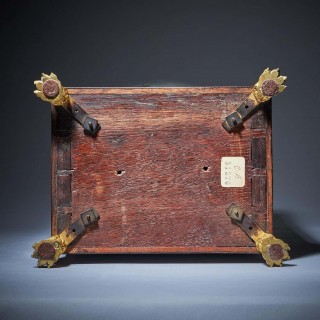 Abraham-Louis Breguet (1747-1823), who was of Swiss origin, is undoubtedly the most celebrated clockmaker of the late eighteenth and early nineteenth centuries in France. He is responsible for the invention of the self-winding watch, the tourbillon and the sympathetic watch ( a watch that is placed in a cradle of a special clock. It is then linked by means of a pin fixed behind the clock dial. Built into the motion work which, when released by the clock, automatically sets the hands to the clock’s time as well as correcting the watch’s regulator necessitated by any degree of inaccuracy registered at the moment of synchronisation) and many other horological improvements and developments. Around the year 1807 Breguet brought in his son, Antoine-Louis (born 1776), as a business partner, and from this point, the firm became known as Breguet et Fils. Breguet had previously sent his son to London to study with the great English chronometer maker John Arnold, and such was the friendship that Arnold, in turn, sent his son, John Roger, to spend time with Breguet. Later the House of Breguet was founded, which is still in existence today, mainly producing high quality watches. There are about a dozen clocks by Breguet in the Royal Collection, with George III being a first and very good client.

The present clock is one of two made in the mid-1790s (the other numbered 209), probably prototypes for his later complex mahogany cased travelling clocks, which were produced in the French Empire period. Typically, the two very similar clocks are slightly different, as Breguet never made exactly the same clock. The case foreshadows the austere style of the Empire period. The number, almost certainly 208, could not be traced.

The austere mahogany-veneered oak case has a vertical slide at the back to access the movement, the winding arbors, the hand setting knob, as well as the regulation knob. This allows the front to be very sober. Close to the bottom is a very gentle moulin to create the impression of a base. The case rests on four fine gilt brass claw feet.

The circular enamel dial has a fine chapter ring with Arabic hour numerals, Arabic quarter-hour, five-minute and minute divisions. It is protected by a convex glass, set in a fixed brass bezel.

The superb spring-driven eight-day movement has going and striking trains. The going train has anchor escapement with a short silk-suspended pendulum (original) and a count-wheel controlled striking train, indicating the hours fully and the half hours with one stroke on a bell unusually mounted on top of the movement. The clock comes with its original winding key.