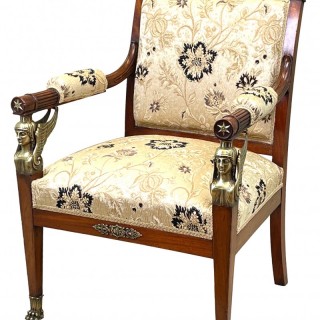 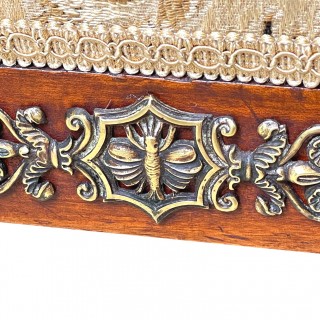 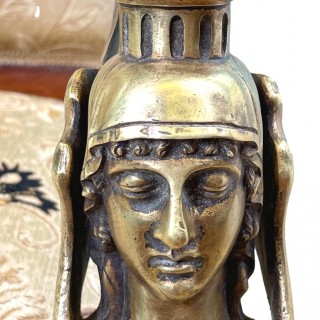 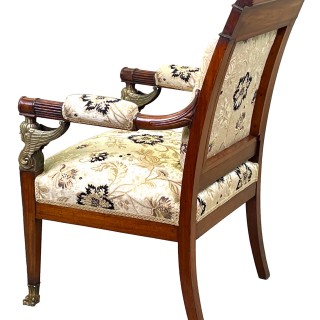 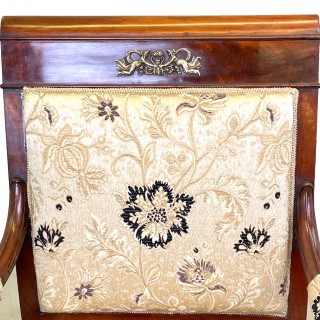 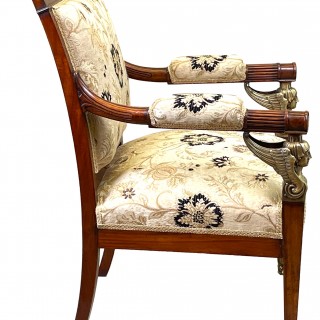 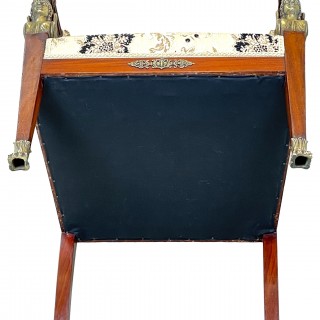 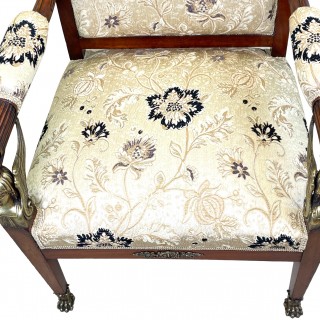 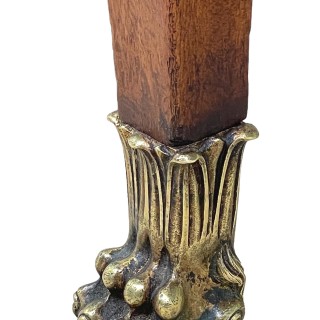 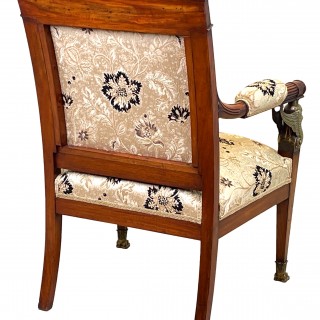 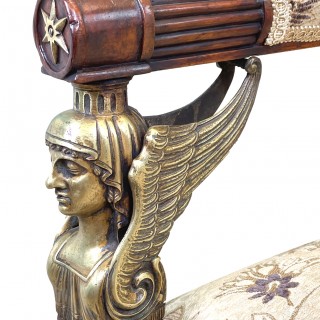 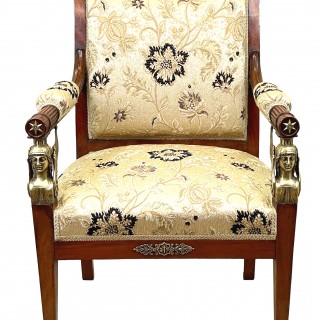 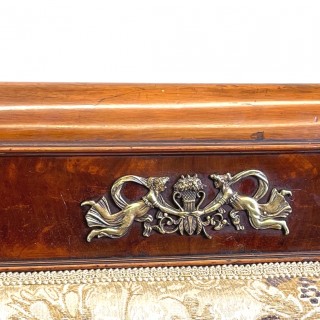 “In the manner of Jacob-Desmalter, Paris”

This fabulous French Empire armchair remains in excellent condition and has an incredibly smart look, whilst also being very functional and remarkably comfortable.

It could be utilised in a wide variety of spaces around the home and is incredibly versatile.

As with all the items which we offer for sale it has been attended to by our highly skilled and well trained restorers, who have waxed, cleaned and upholstered it using traditional methods, ensuring that it is ready to be placed straight into use.

This chair bears great resemblance to many other documented and signed works by the great Paris furniture making firm of Jacob-Desmalter and could quite easily have been produced in their workshops.

Jacob-Desmalter, was founded in 1765 by Georges Jacob, who supplied carved furniture and chairs for Queen Marie Antoinette before the French Revolution. In 1796 his sons took over the business, and in 1803 the firm of Jacob Frères changed its name to Jacob-Desmalter. The Emperor Napoleon spent huge sums on redecorating the former royal palaces, and the firm undertook much of the work. Its workshops also supplied furniture to members of the new imperial court and is widely regarded as one of the largest, and certainly best known, furniture making firms in Paris in the 1800’s.

in the manner of jacob-desmalter