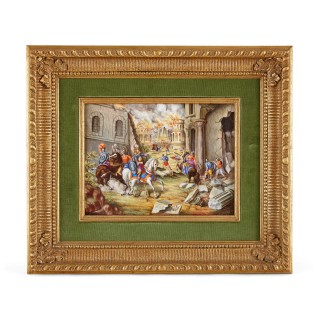 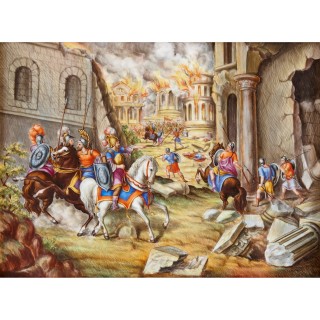 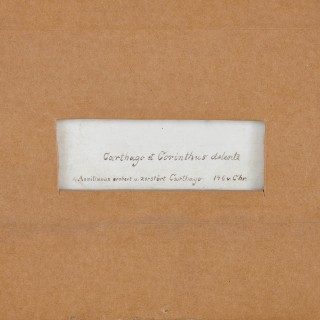 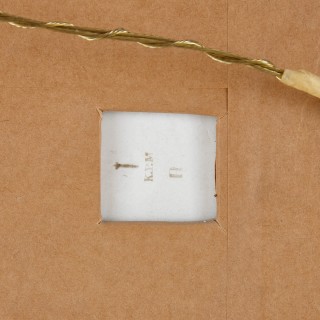 19th Century KPM porcelain plaque of the Battle of Corinth

This highly detailed KPM porcelain plaque depicts a street scene from the Battle of Corinth, a battle that marked the beginning of Roman domination in the Aegean that was fought in 146 BC between the Greek city-state Corinth and the Roman Republic. The battle saw Corinth entirely destroyed and all of its citizens either killed or enslaved. This plaque shows burning buildings and vicious horseback fighting. The plaque is titled to the reverse ‘Carthago et Corinthus Delentz Aemilianus erobert u zerstoert Carthago 146v.Chr’ as well as bearing the marks of KPM manufacturer. The plaque is set in a giltwood frame.

19th Century KPM porcelain plaque of the Battle of Corinth