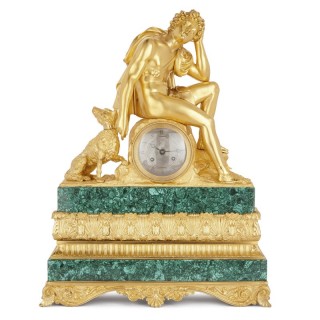 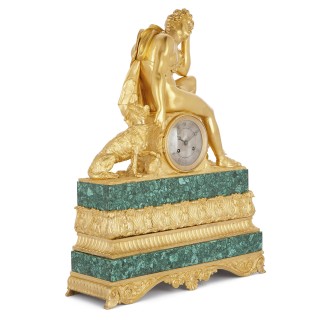 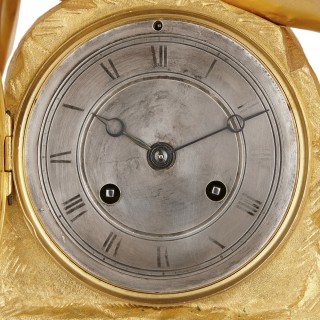 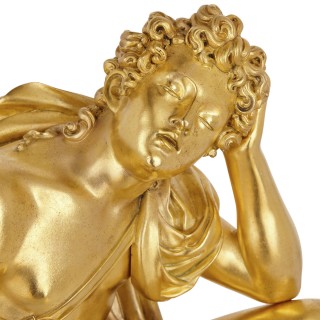 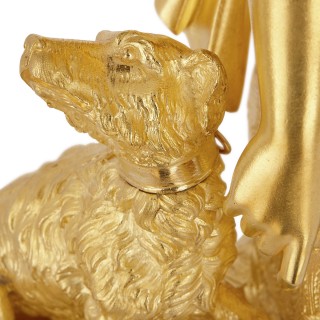 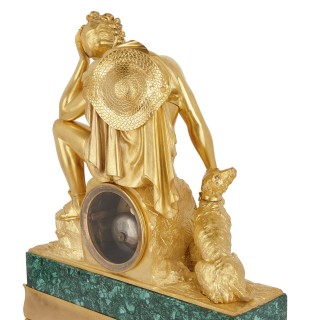 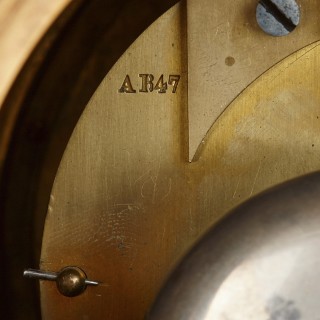 This mantel clock is a truly beautiful piece of design, crafted by the leading early 19th-Century French clock-maker, Pierre-César Honoré Pons. Honoré Pons was highly respected by his contemporary horologists and connoisseurs of fine quality clocks and watches, and today his work is held in major art collections, including the Metropolitan Museum of Art in New York. The movement of this clock is stamped ‘Pons 1825’.

The clock features a circular dial, with Roman Numeral hours, which is set in a gilt bronze (ormolu) case. The case is cast to look like a rock, upon which sits a gilt bronze sculpture of a young nude man, with tightly-curled hair and a robe and sun hat flung over his shoulders. The man’s eyes are closed, and his head rests in the palm of his right hand, which is propped on his knee. He is accompanied by a small gilt bronze dog, wearing a collar. The two are placed on a stepped, rectangular malachite plinth, which is decorated with gilt bronze anthemion-patterned and fluted bands. The plinth is supported on a gilt bronze foot, composed of a continuous foliate scroll with an anthemion at its centre.