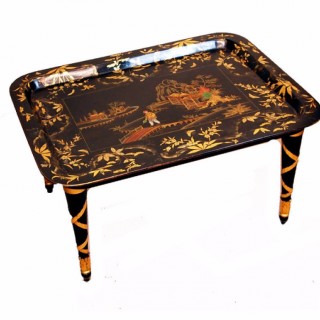 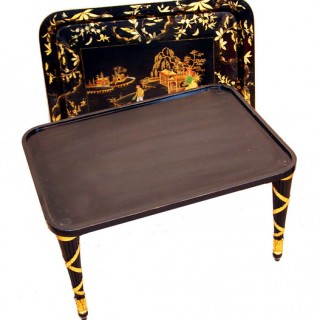 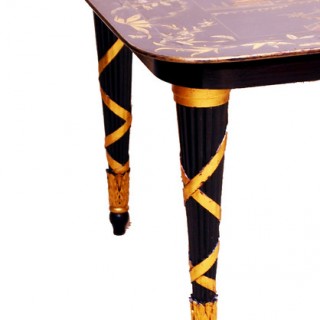 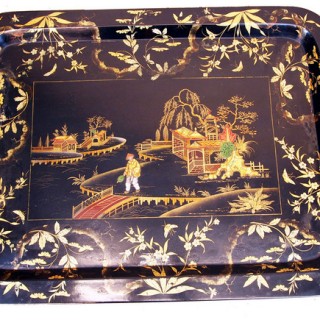 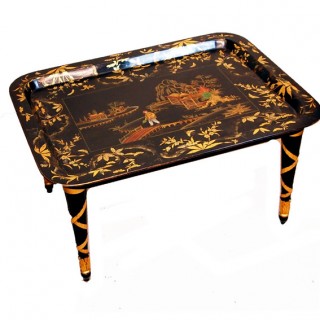 (Often originally made in sets of three that varied in size paper mâché
trays became extremely popular in the early 19th century and continued
to be so throughout Victorian times. They were very rarely made with
stands originally and in fact were more often than not hung on the walls
as a type of art/decoration. Nowadays of course they make for incredibly
elegant, attractive and functional coffee type tables when placed onto
later made stands. This particular example has exceptional decoration
and is very, very attractive. It also has a much superior quality stand to
normal with elegant tapering legs and gilded decoration.)