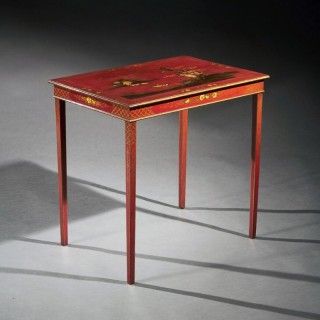 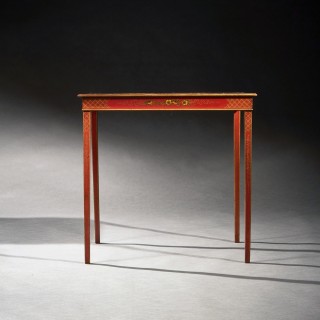 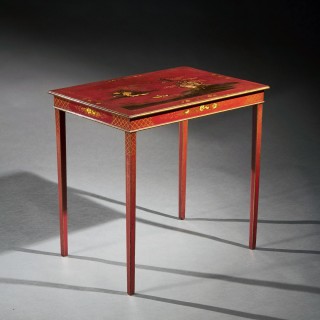 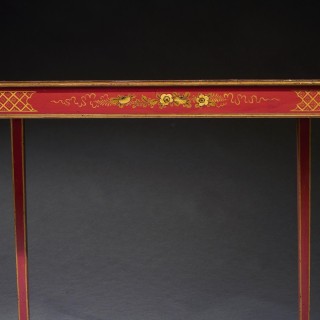 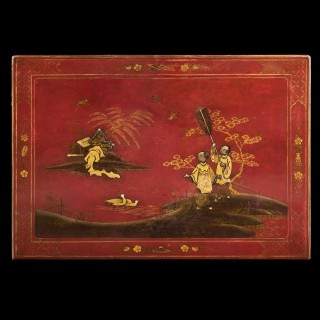 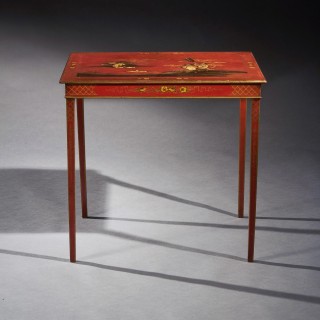 the moulded oblong top lacquered on a red ground decorated in the chinoiserie manner with Chinese figures at a lakeside above a shallow frieze painted with prunus and diaper on slender square tapering legs.

Chinoiserie has influenced European furniture styles since the 17th Century and never really fallen out of fashion. Japanning had a surge in popularity in the 1820’s due the extensive use of chinoiserie and orientalist used by the Prince Regent at the Royal Pavilion.

Japanning is a term used to describe the technique English craftsman used to emulate the Eastern way of lacquering furniture.