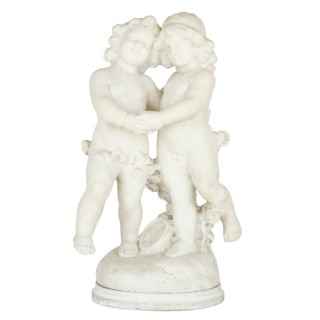 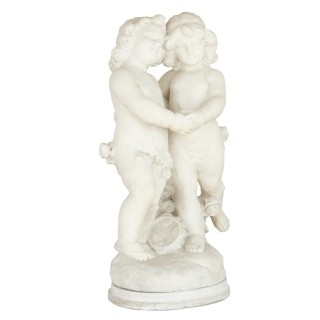 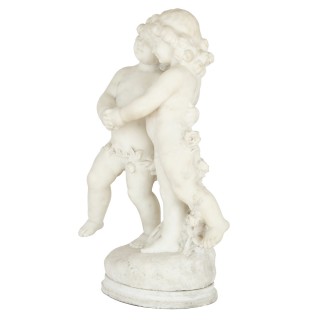 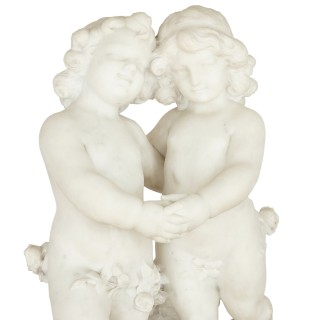 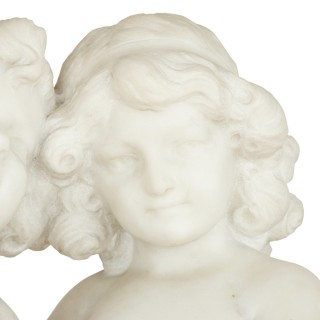 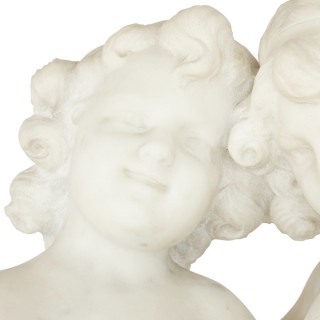 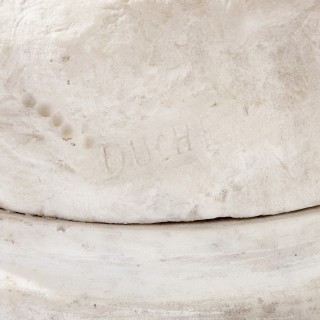 This exquisite white marble group is modelled as two cherub figures embracing one another and clasping hands to the front, each with one leg standing on the ground and the other raised in the air. The group is further decorated with flowers and a tambourine, all sculpted from one piece of stone. The ground is signed by the sculptor ‘Duche’, with the whole piece being supported on an oval stand.