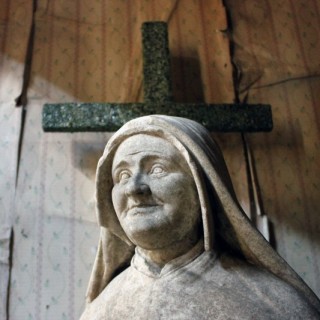 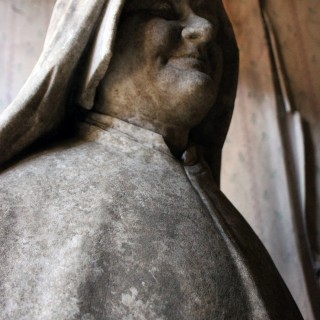 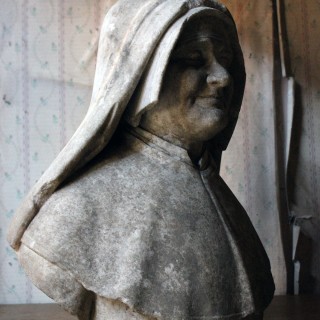 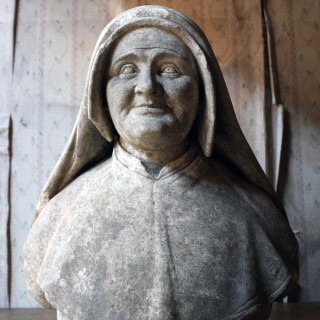 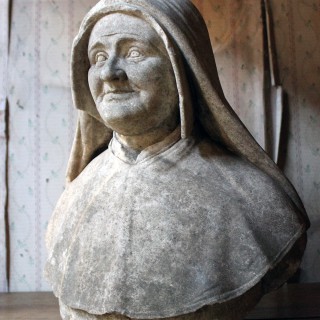 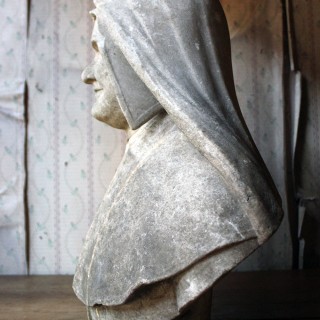 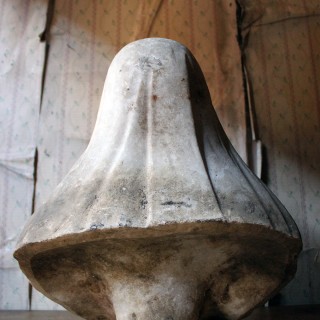 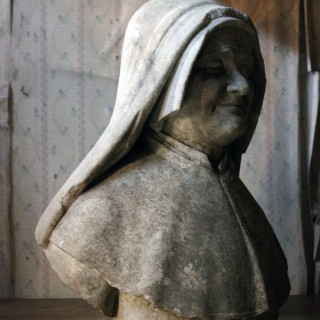 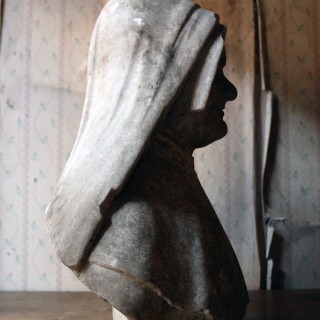 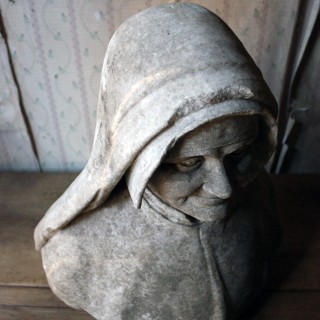 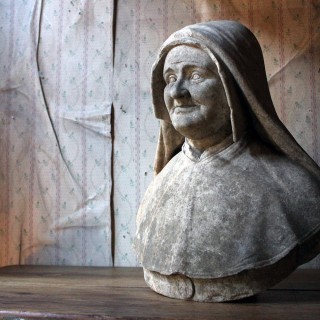 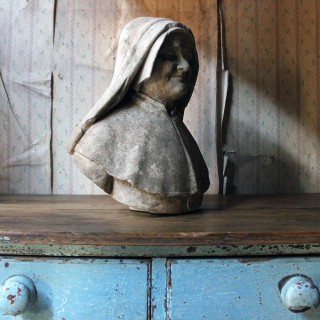 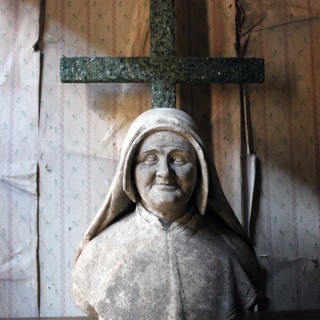 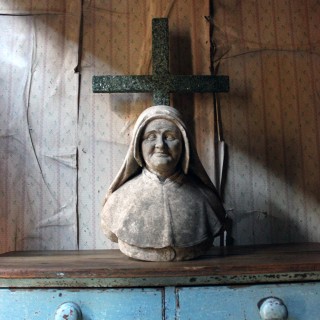 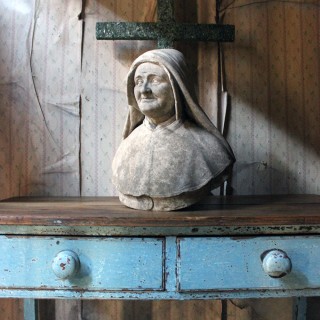 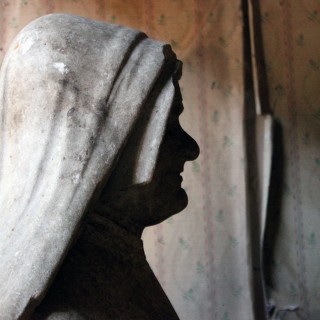 The beautifully carved and heavy quality white marble bust of a nun wearing her veil and tunic, with a medallion to her chest, her face having a slight grin, the whole being nicely weathered and surviving from late nineteenth century Italy.

In general, when a woman enters a religious order or monastery, she first undergoes a period of testing the life for six months to two years called a postulancy. If she, and the order, determine that she may have a vocation to the life, she receives the habit of the order (usually with some modification, normally a white veil instead of black, to distinguish her from professed members) and undertakes the novitiate, a period (that lasts one to two years) of living the life of the religious institute without yet taking vows. Upon completion of this period she may take her initial, temporary vows. Temporary vows last one to three years, typically, and will be professed for not less than three years and not more than six. Finally, she will petition to make her “perpetual profession”, taking permanent, solemn vows.

The number of nuns in the staunchly Catholic country of Italy is reducing so rapidly there may be none left by 2050. At a cloistered convent, aging sisters worry who will care for them, let alone continue their unwavering mission.

A rather fun and well realised bust that sensitively captures her sense of mischief one feels and brings the intrigue of a 19th century convent into your home.

The bust has some weathering commensurate with age with the whole being in good structural condition with no cracks; there are some losses as photographed which are one side to the cowl and some other loses to the veil. She is heavy so would need a suitable resting point.