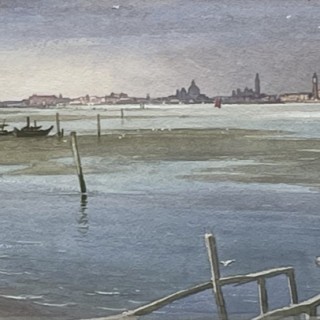 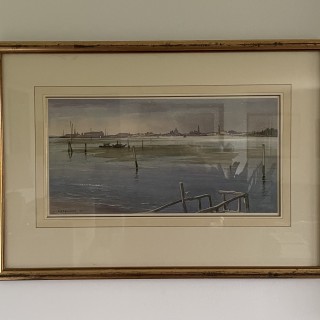 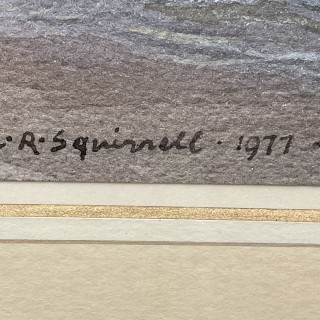 Leonard Russell Squirrell was born in Ipswich where he entered the School of Art in 1908. In 1920 he went to the Slade School of Fine Arts to study under Henry Tonks and Philip Wilson Steer. After a time travelling on the Continent he returned to Suffolk were he took a post teaching at the Ipswich School of Art, remaining there until 1940. He lived in Ipswich for most of his life, and was a member of the Ipswich Art Club from 1914 until his death. He was also on the council of the Royal Society of Painters in Watercolours and the Royal Society of Painter-Etchers and Engravers. In addition to his etchings, he worked in watercolour and pastel, exhibiting extensively. He published Landscape Painting in Pastel in 1938 and Practice in Watercolour in 1950.