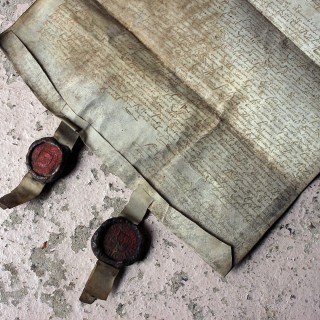 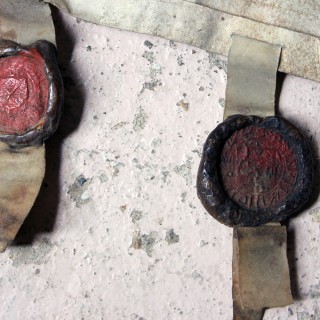 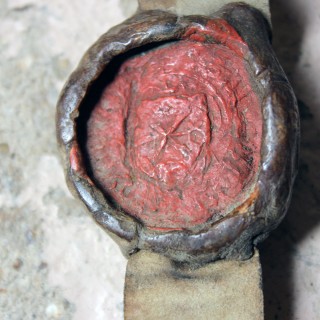 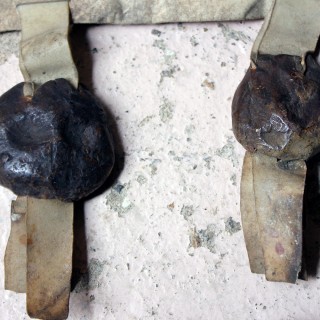 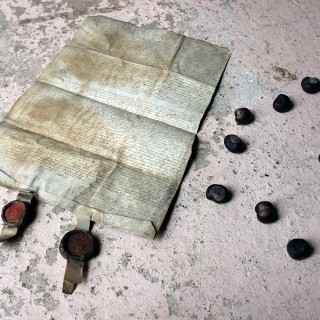 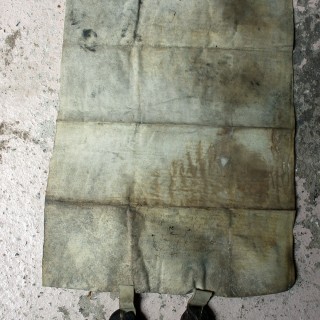 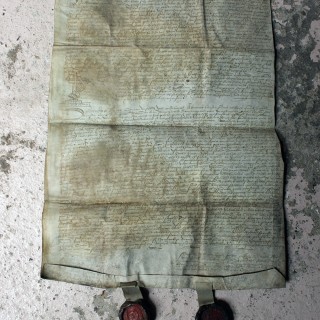 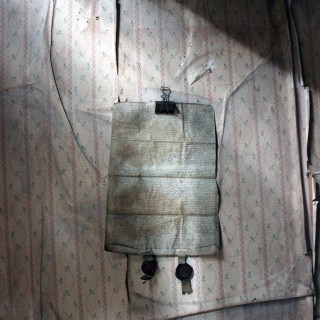 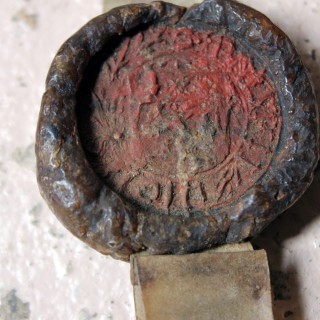 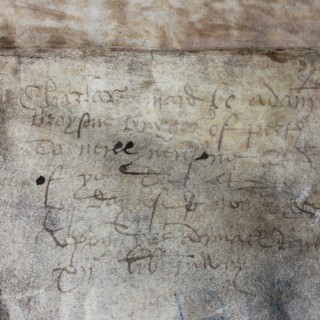 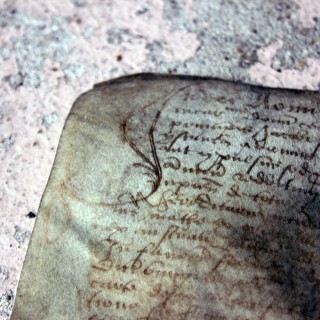 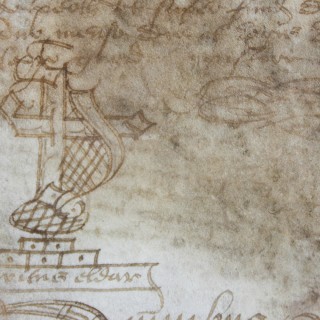 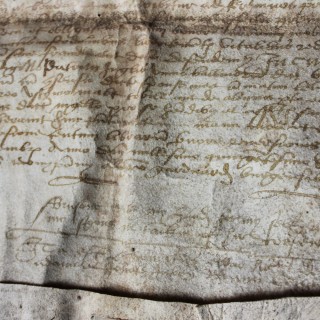 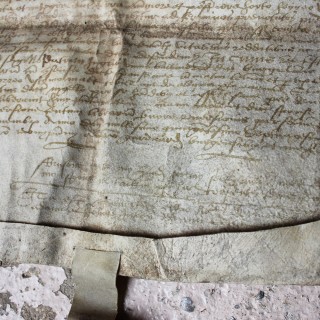 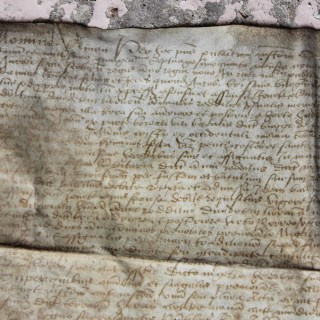 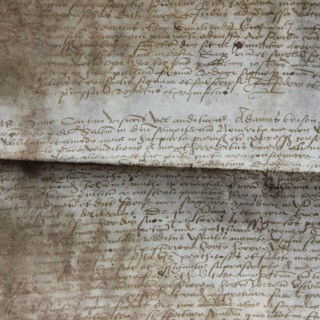 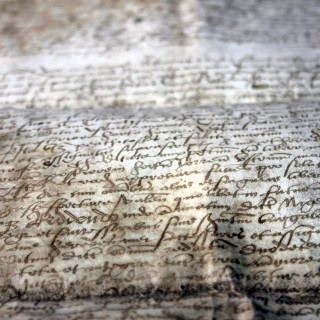 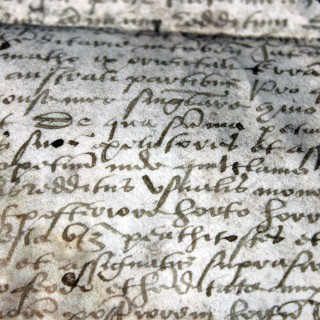 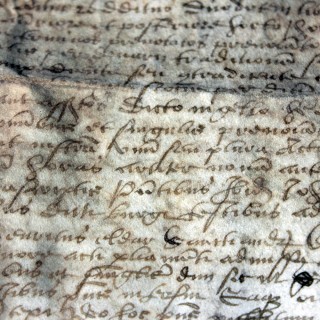 The wonderfully interesting sixteenth century document being a notarial instrument, with two red wax seals, and being unusual and rare in two written parts, survives from the third quarter of sixteenth century Scotland.

The lower half of this document is a copy of a charter of sale by Adam Brison, son and heir of late James Brison, burgess of Perth, with consent of his spouse Janet, in favour of Nigel Neilson, of an annual rent of £12 scots from property in the burgh of Perth on north side of North Street, the bounds of property being given; dated at Perth, 11th November 1575. The notary is Henry Eldar and he is the writer of the document.

Two red wax seals are appended, one possibly being that of Patrick Inglis. It is very likely that the transaction is recorded in the notarial protocol book of Henry Eldar, which is held in National Records of Scotland. With thanks to Alan Borthwick and Lindsey Kennedy for their research and information.

To paint a picture of the 1570s when this document was written, the decade saw Ivan the Terrible beginning the Massacre of Novgorod, and Pope Pius V excommunicating Queen Elizabeth I of England. In the year this was written of 1575 saw the Raid of the Redeswire when Sir John Carmichael defeating Sir John Forster, in the last battle between England and Scotland.

The document is in good condition considering the 445 years of age with the seals remaining in-tact. There are fold marks as photographed and some staining.