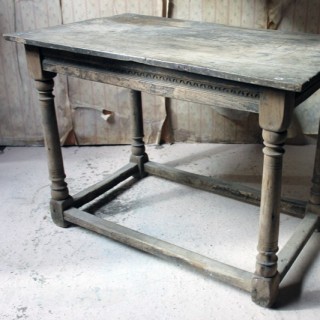 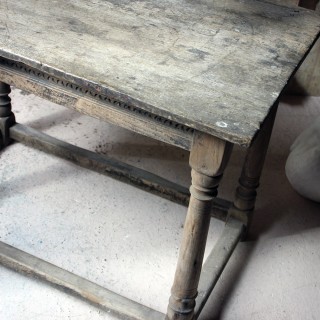 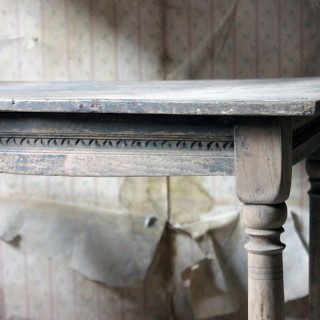 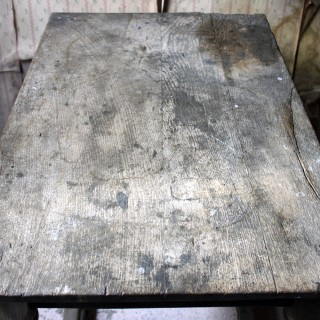 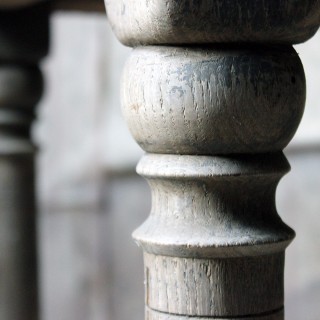 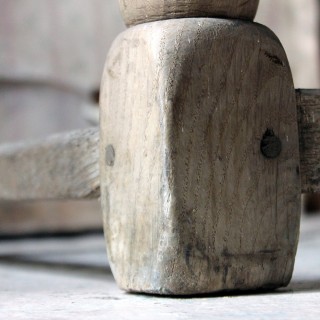 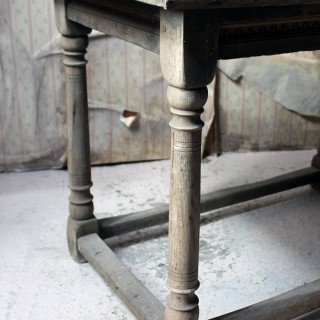 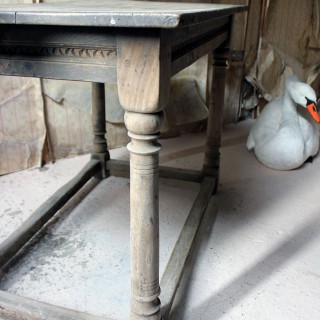 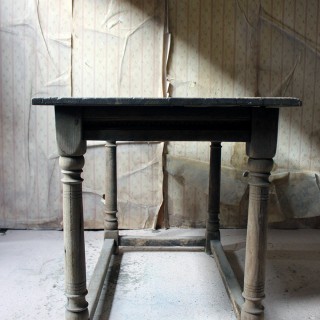 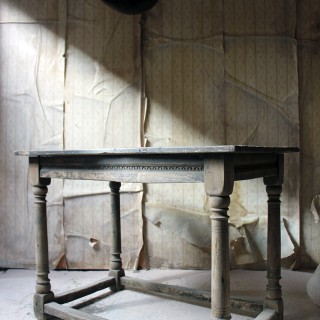 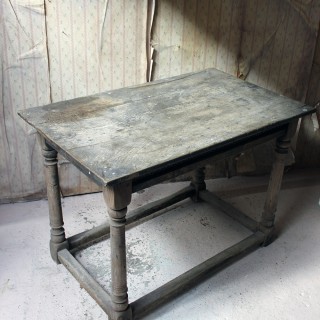 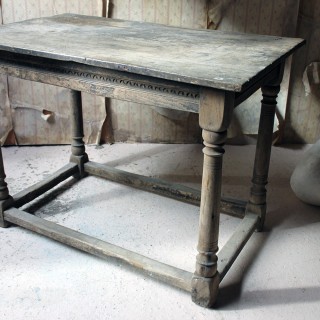 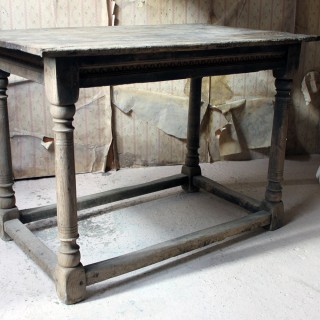 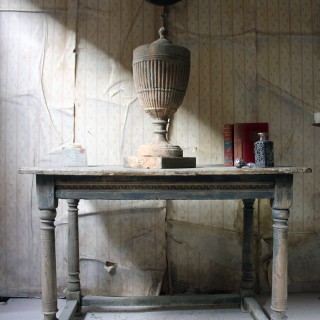 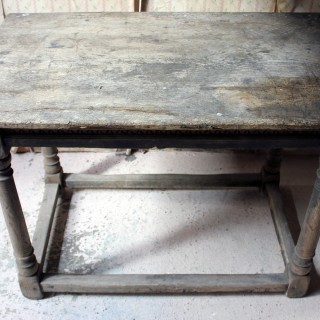 The seventeenth century oak side table having a three-plank top with chip carved frieze above gun barrel and incised turned legs to block feet and conforming stretchers, the whole in beautifully dry aged condition, surviving from Charles II period England.

Following the austere years of Puritan rule, the return of the Charles II from exile in Europe heralded a period of great luxury. On his return the King set about creating a court as dazzling as those of his Continental counterparts and as such the country was opened to Dutch and French influence with many highly-skilled furniture makers settling in England. Furniture remained heavy but with more carving and fine detail became fashionable, notably in the sculpture of Grinling Gibbons. Locally-grown oak was the basic wood for country pieces and carcasses but, by the end of the century, case furniture was often veneered with English walnut or walnut imported from France or Virginia.

The texture and colour here is just stupendous, a real attic treat of considerable age.

The table shows an old split to the front right section though it remains stable and tight. There is some small lift to the top at the corners. It has not been meddled with at all and the whole is of a terrific, untouched colour, which extends to a beautiful dry surface on the back and undersides. When seen on the market at all these tables tend to have been smeared with thick wax and it is a delight to see one having naturally aged.