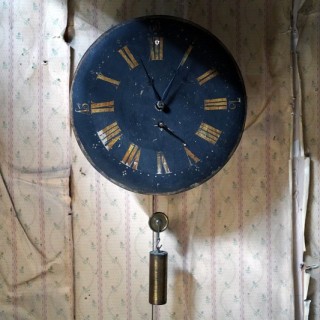 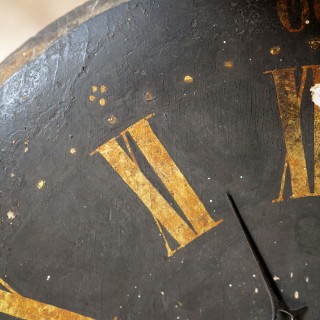 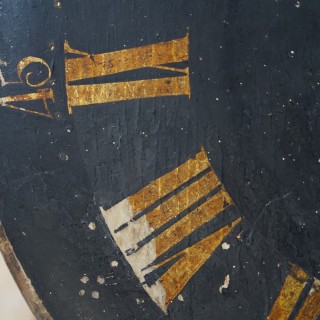 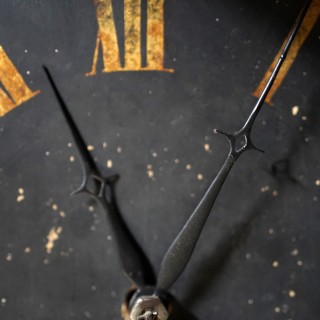 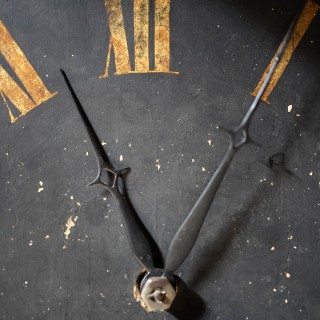 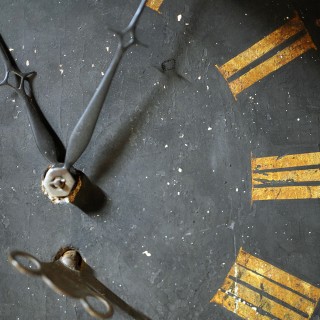 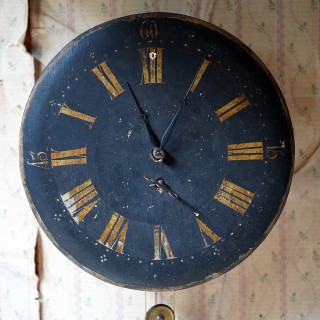 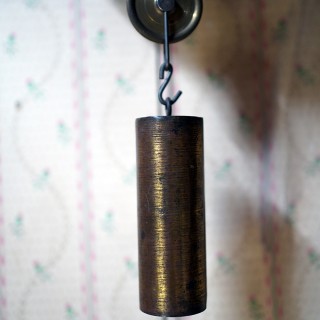 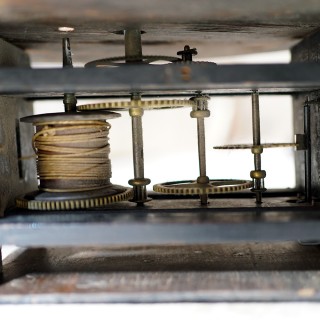 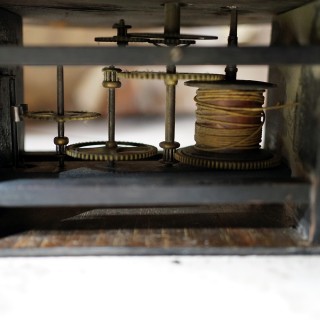 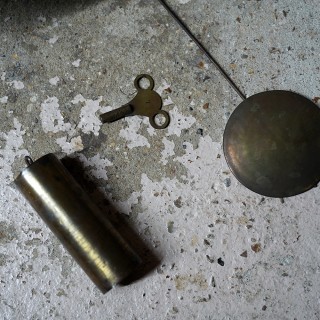 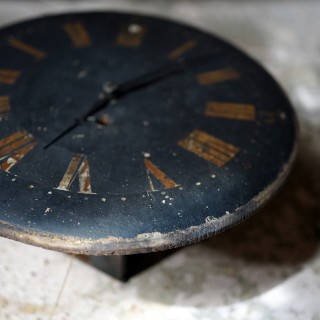 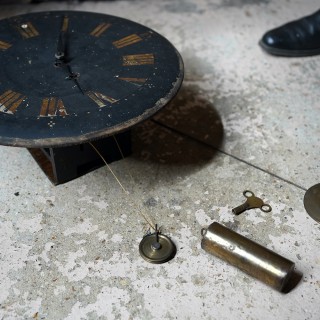 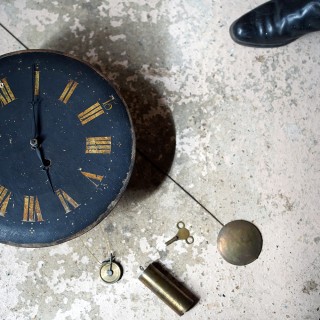 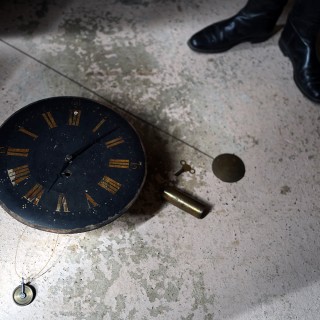 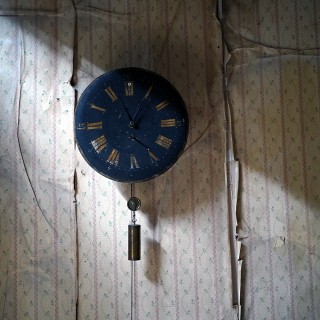 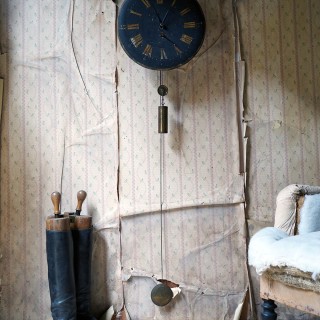 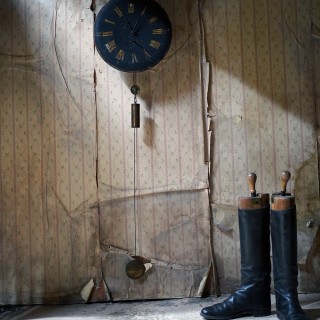 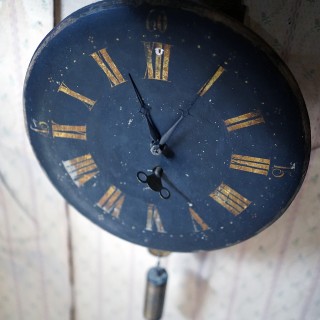 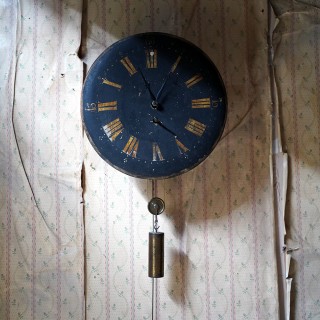 The provincially crafted and painted hook and spike wall clock having a soft wood dial hand- decorated in the Georgian manner being painted in gold to a black ground with Roman numerals and Arabic outer dial, the primitive case with pendulum and thirty-hour(?) weight-driven timepiece movement to the original weight and pendulum and surviving from late nineteenth century England.

Early domestic clocks, like turret clocks, were driven by suspended weights, and this technology eventually led to the long-case clock (or grandfather clock) of the seventeenth century. Until that time clocks in most houses were confined to the nobility; ordinary people were dependent on sundials, or the tower clocks of local churches. The point of the hook-and-spike clock was to keep its price below that of a lantern clock, down to a level that could be afforded by those not affluent enough to buy a costlier type.

Made from the late seventeenth century, many of these types of clocks were rustic affairs made by country clocksmiths mostly in the southern half of England, who would often leave their work unsigned – for the very good reason that they might take their products to sell in local market towns contrary to by-laws, and the absence of a maker’s name made it harder to track down the culprits.

Wonderfully evocative of the early Georgian taverns, probably a unique clock and a beautiful one to look upon.

The clock is hugely decorative and attractive as is to look at but to function as intended it requires some restoration, which we can administer if so desired at cost with our local clock restorer. The whole is currently not running but all parts are present and the movement is winding correctly with the key.