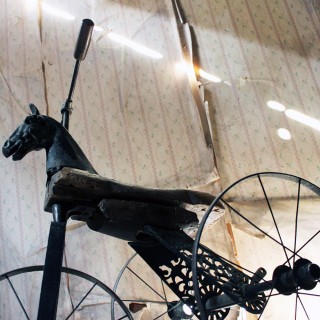 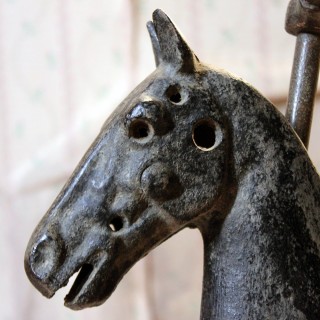 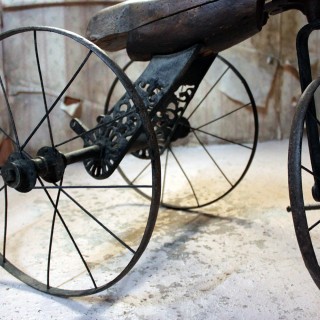 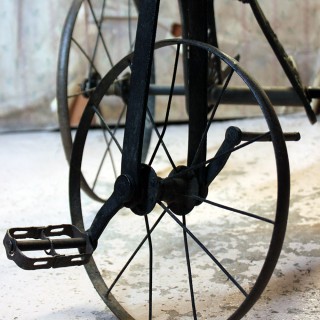 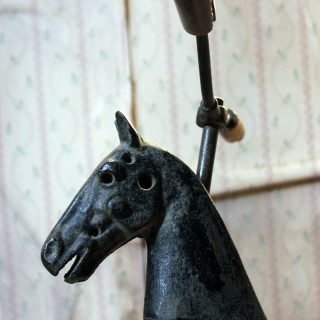 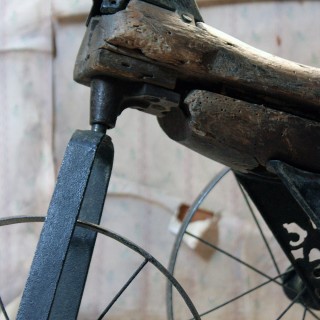 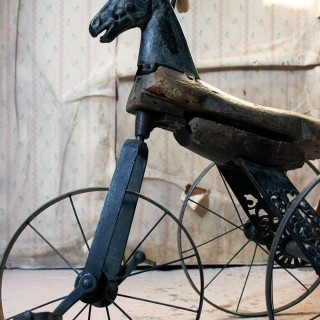 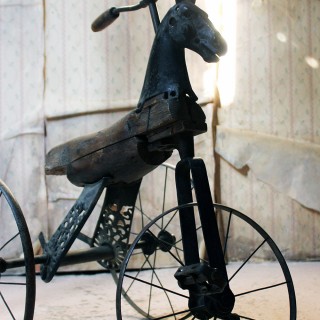 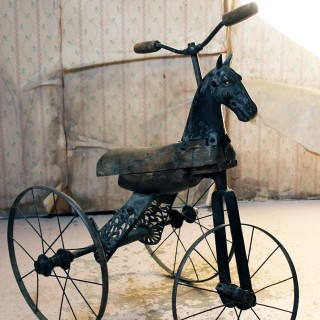 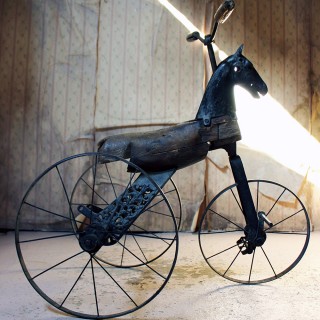 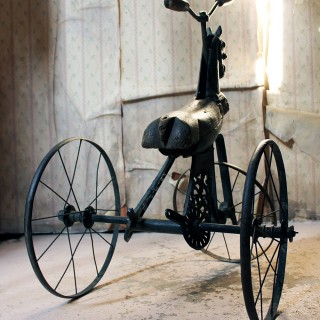 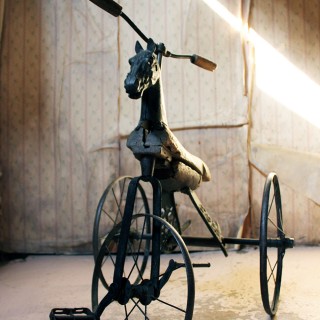 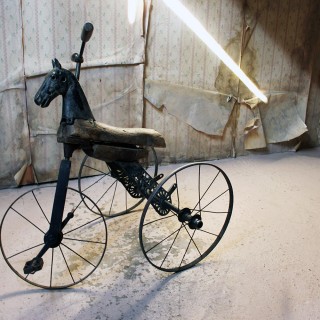 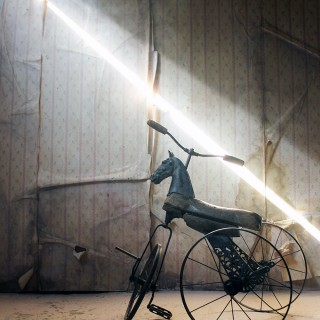 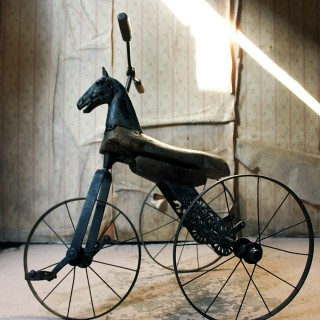 A favourite toy of children who could already walk was a pull-along horse on wheels and by pulling it with a string, the horse would tamely follow the child. It did not take very long before these pull-along horses on wheels became large enough to bear the weight of a child and in a short time these toys started to be made for riding which is when this piece would have been made.

Jean Louis Goirdoux for Jugnet was the best maker of these pieces in this period and this example is very much in keeping with his work. It was probably made by a doting father for his child and inspired by Goirdoux’s design.

A charming piece that would look splendid on a sideboard or in a bay window.

The condition is mainly original and there are commensurate areas of wear but this is nothing short of desirable to many, with expected amounts of play-worn associated wear and a beautiful patina to the wood with some sections of loss. It remains stable and running on its wheels with though has a tendency to want to veer to one side with the saddle section in two parts and being slightly detached. One of the pedals is lacking.