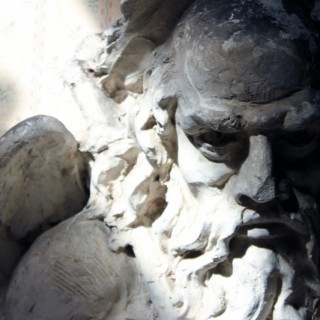 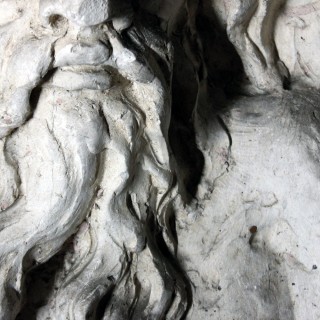 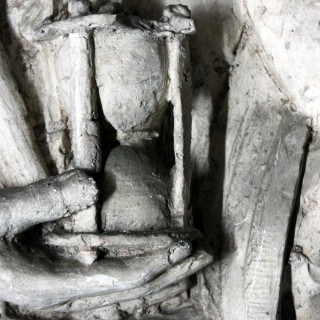 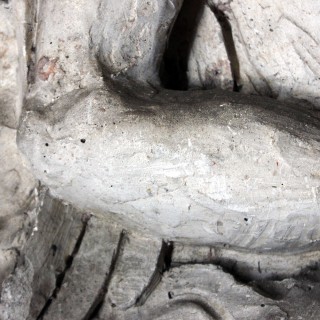 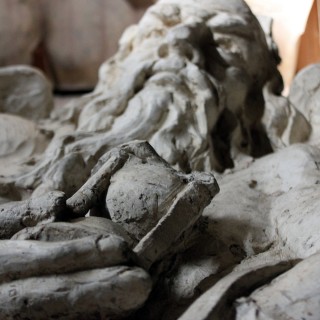 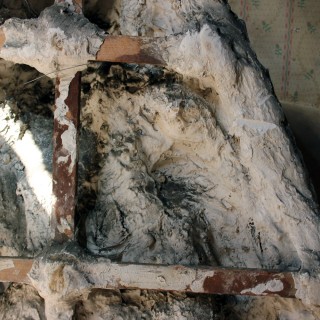 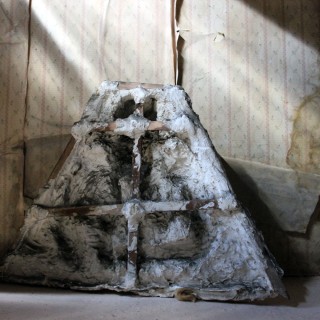 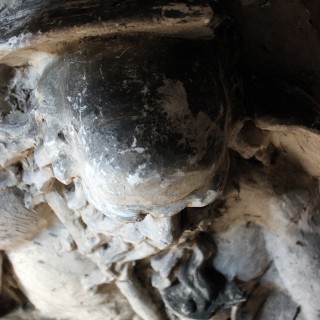 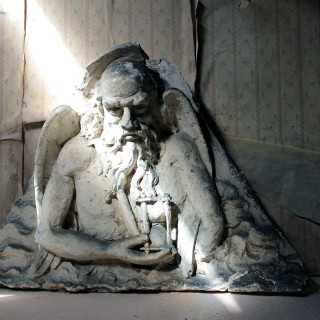 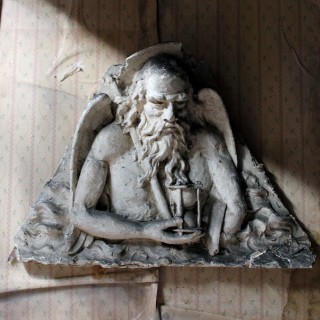 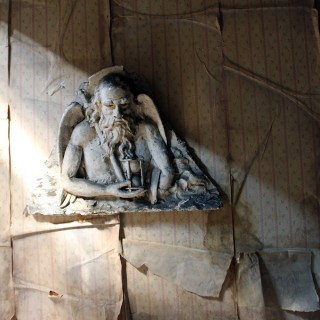 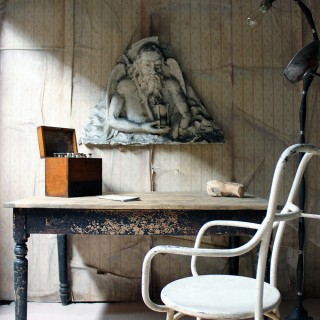 The large and wonderfully decorative and well-sculpted plaster frieze fragment in high relief depicting Father Time or Chronos, as the typical robed, winged and bearded elderly and sage looking man, clutching an hourglass and scythe, amongst a fluid ground, surviving from a monastery or church ground from nineteenth century France.

Visual artists from the Renaissance period all the way to Futurism and beyond have toyed with the passing of time as a major motif of their work. Time (in his allegorical form) is often depicted revealing or unveiling the allegorical Truth, sometimes at the expense of a personification of Falsehood, Fraud, or Envy. This theme is related to the idea of veritas filia temporis (Time is the father of Truth).

The scythe and the hourglass, as we see here, both represent the unstoppable forward movement of time, and the shadow of death that follows. Father Time was often used allegorically to mock the pettiness of human kind and our obsession with the ephemeral. As the theory went, Kronos (who proceeded Father Time) represented the destructive ravages of time which consumed all things, a concept that was definitely illustrated when the Titan king devoured the Olympian gods — the past consuming the future, the older generation suppressing the next generation. During the Renaissance, the identification of Cronus and Chronos gave rise to “Father Time” wielding the harvesting scythe.

“You had your run/it’s been a good one/Seems like the world is passing you by/Old Father Time, he just keeps on tickin’/You’ve still got a lot of life and a song to sing.”.. Willie Nelson.

The condition of the piece is generally very good with some expected chipping and nibbled losses to the edgings and a larger piece lacking from the top section. There are no other major losses, repairs or cracks. He can be wall hung by the wooden structural framework or via loop.