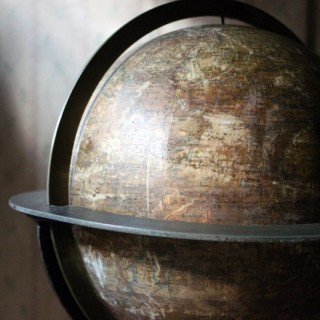 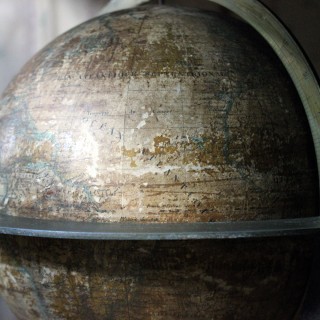 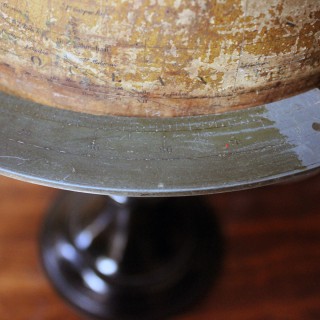 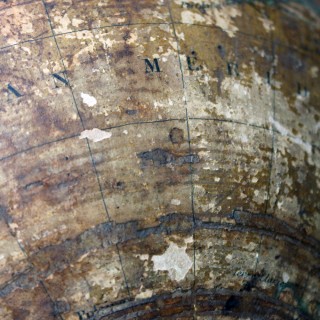 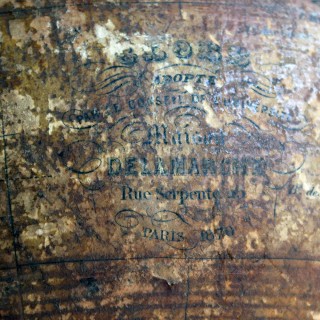 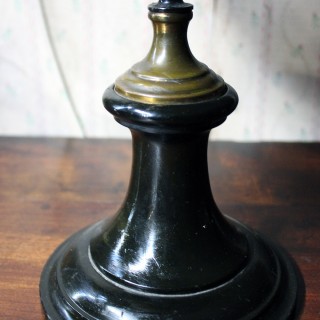 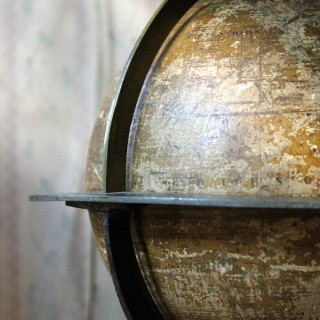 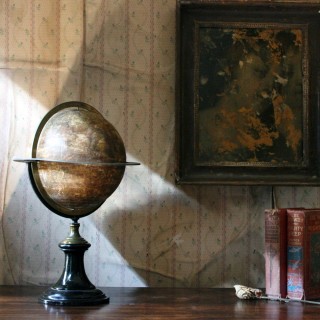 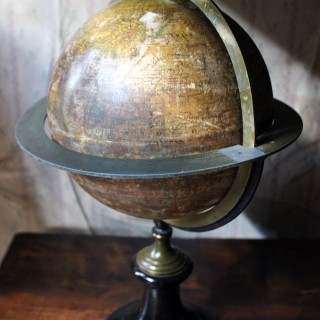 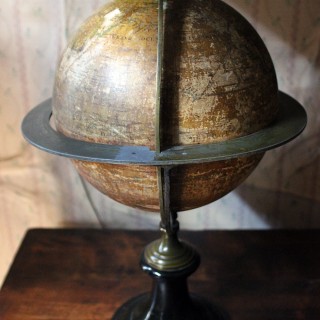 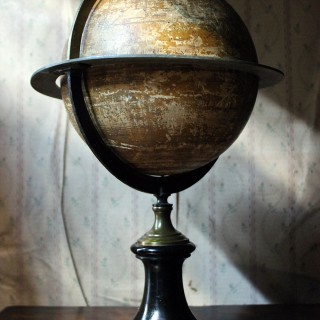 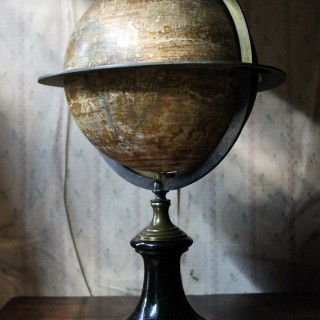 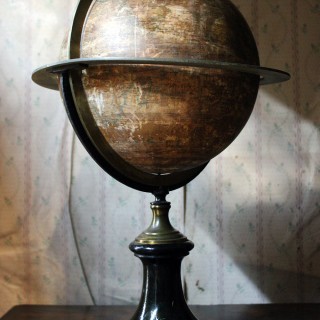 The attractive, finely mapped and well-proportioned paper, plaster and cardboard, eight-inch terrestrial table globe having a brass meridian circle and equatorial etched brass table and standing on the original draught turned ebonised base, the whole prepared by Maison Dèlamarche Paris in 1870 and stamped as such within a cartouche and surviving from the third quarter of nineteenth century France.

La Maison Delamarche was a French company of geographical instruments founded in Paris in the 18th century by Charles-François Delamarche (1740 – 1817). The examples by this maker owned by the Museo Galileo in Florence testify to the quality of the workshop in the 19th century. Around 1805 it was located at 13 rue du Jardinet; other addresses of the Maison were 7 rue du Battoir and then 25 rue Serpente which is where this piece was prepared. Later, the company was directed by the Parisian astronomer Charles Dien.

A very attractive globe by a well listed maker.

The globe shows a lovely patination, which comes with a large amount of handling over the years with the varnish now well worn. There are the usual abrasion marks and associated wear that one would expect with a fissure across part of the equator; please refer to the photographs for a full visual reference. In addition to this there is some damage to note in around five or six areas, some small dints, some larger areas of loss. The chapter rings and stand are all original to the piece. As a whole it remains a very attractive piece in its entirety.