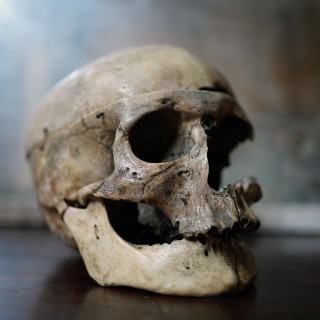 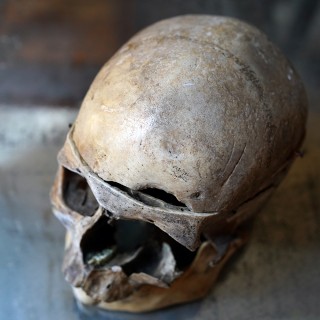 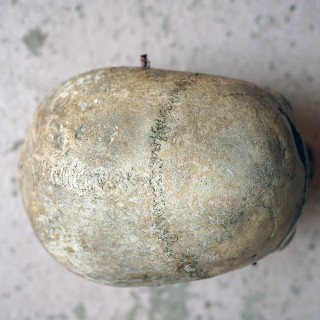 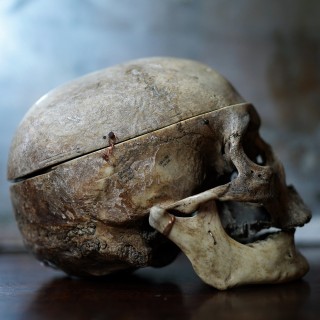 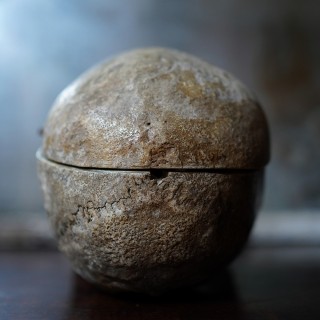 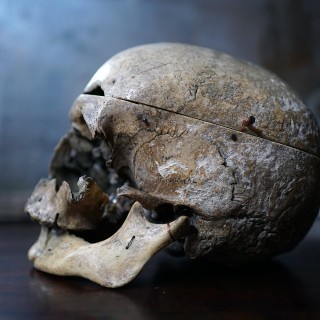 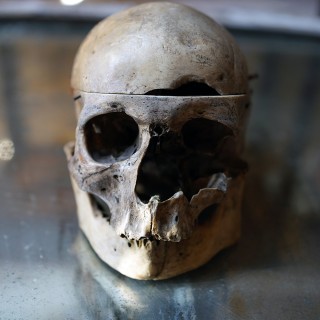 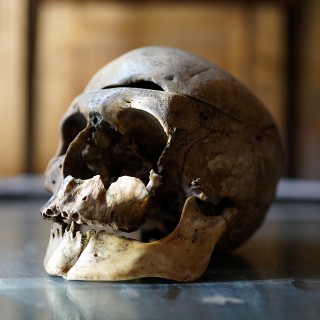 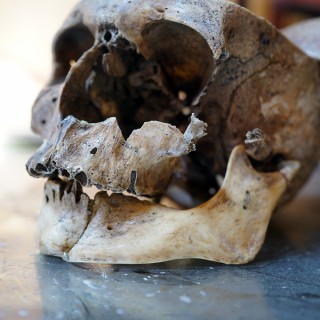 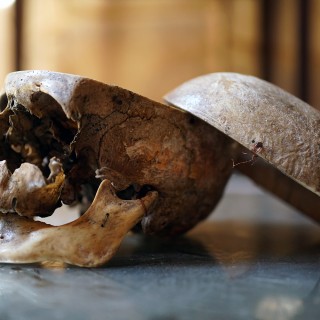 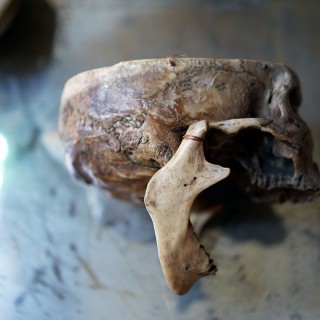 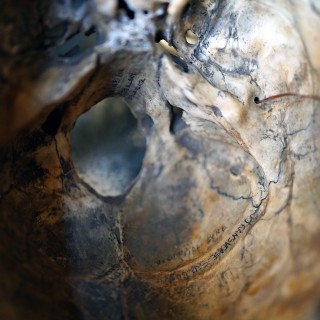 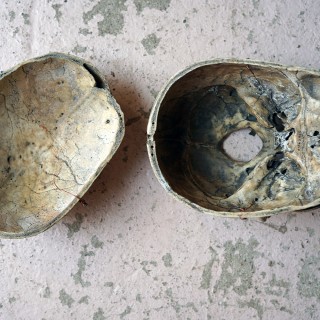 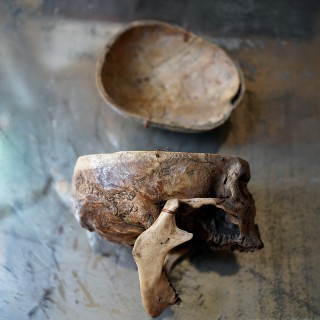 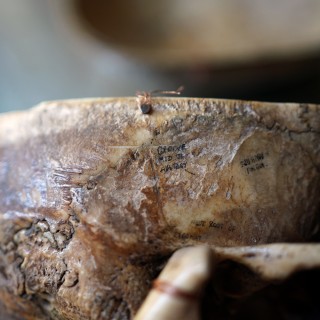 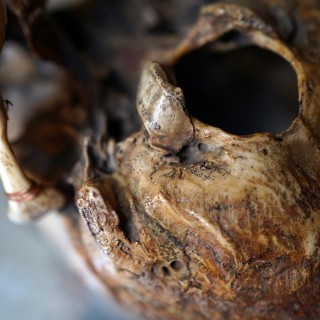 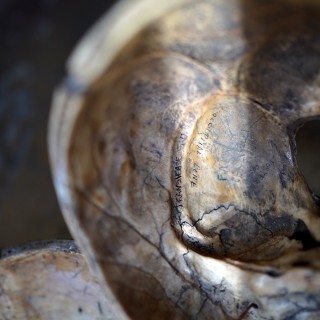 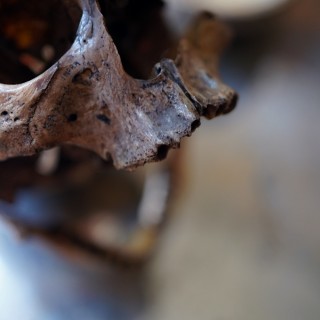 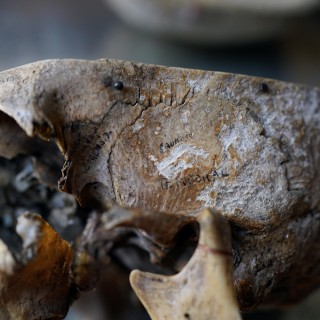 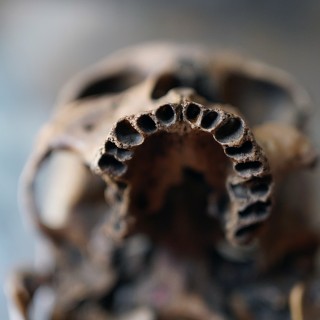 The largely in-tact human skull, dating to the late nineteenth to early twentieth centuries, having been used for medical study or phrenological demonstration and inscribed in both in English and Latin in the early part of the twentieth century in ink, naming the regions and portions such as transverse sulcus and fossa for cerebrum, the cranium and mandible being hinged, and the whole with a good patination.

Based on the idea that as the skull takes its shape from the brain, the surface of the skull can be read as an index of psychological aptitudes and tendencies, skulls such as this were part of the jigsaw of Victorian medical study. It was believed that by examining the shape and unevenness of a head or skull, one could discover the development of the particular cerebral ‘organs’ responsible for different intellectual aptitudes and character traits. For example, a prominent protuberance in the forehead at the position attributed to the organ of Benevolence was meant to indicate that the individual had a “well developed” organ of Benevolence and would therefore be expected to exhibit benevolent behaviour.

Human skulls are relatively rare in the first instance, and inscribed ones rarer still, so this is a scarce opportunity to acquire one.

The skull remains in sound overall order. There is obvious loss to one socket and the original hinges are lacking now replaced with copper wire. There are two areas where the jaw has had glued repairs. Otherwise, the skull is complete and attractive in its entirety.