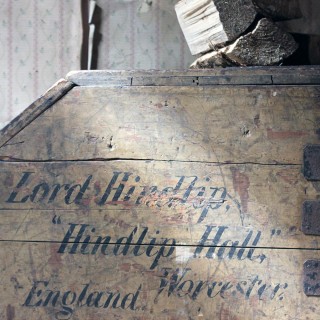 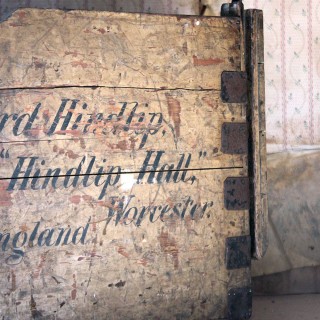 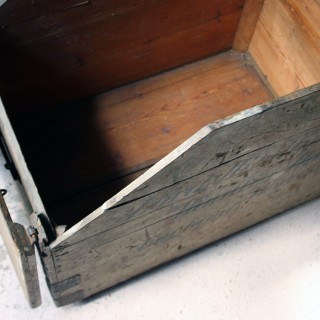 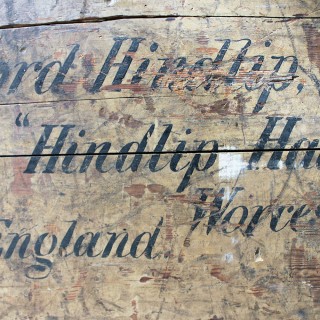 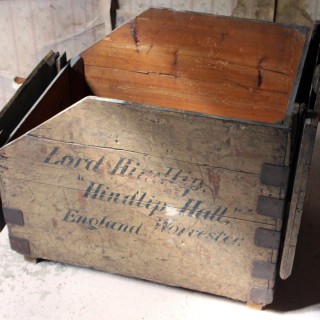 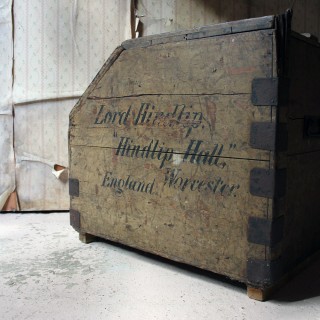 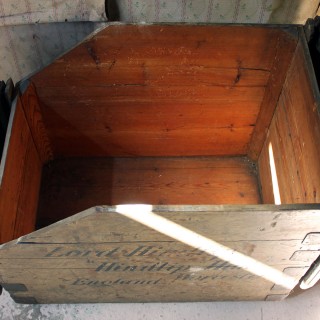 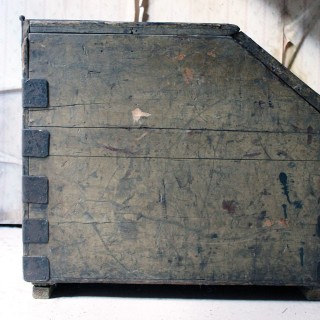 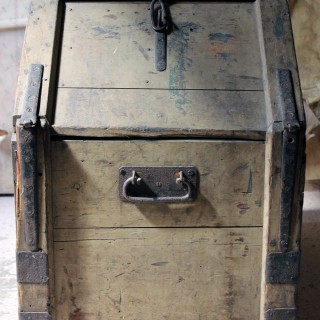 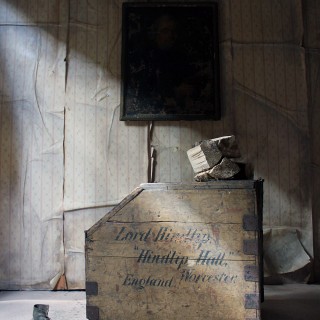 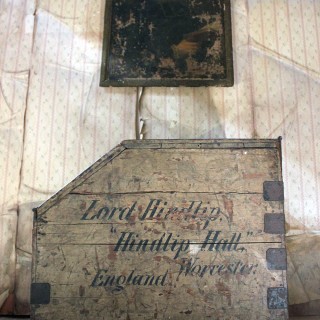 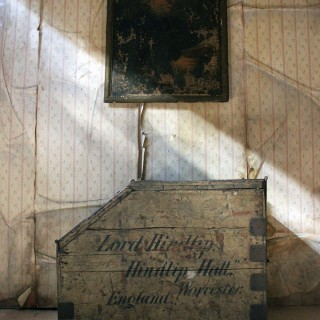 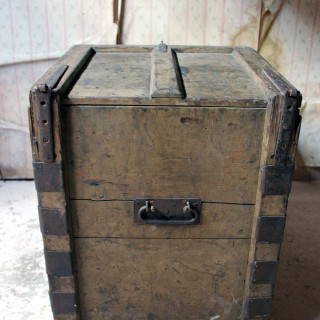 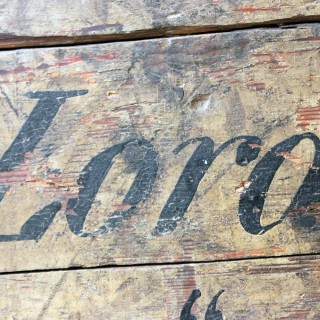 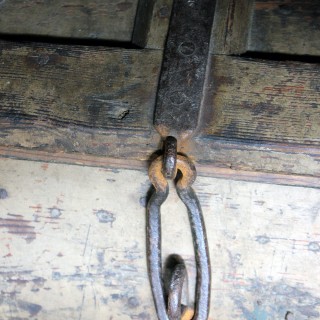 The rectangular sandy sage green painted pine storage or campaign type carrying luggage trunk, having a hinged double-hatched sloping lid revealing a vacant interior, one flank being beautifully sign-written ‘Lord Hindlip, Hindlip Hall, Worcester, England’ in black script, the carcass being iron clad, and with the original carrying handles to each end, surviving from the early to middle part of the nineteenth century.

Henry Allsopp, 1st Baron Hindlip (19 February 1811 – 2 April 1887), known as Sir Henry Allsopp, Bt, between 1880 and 1886, was a British businessman and Conservative politician. Lord Hindlip married Elizabeth Tongue, daughter of William Tongue, in 1839. He died in April 1887, aged 76, and was succeeded in his titles by his eldest son Samuel. His son George Higginson Allsopp was MP for Worcester, and Alfred Percy Allsopp was MP for Taunton. Another son Herbert Allsopp was a cricketer and army officer. Lady Hindlip died in 1906. Kirsty Allsopp is a direct living descendent.

Hindlip Hall is a stately home in Hindlip, Worcestershire, England. The first major hall was built before 1575, and it played a significant role in both the Babington and the Gunpowder plots, where it hid four people in priest holes. It was Humphrey Littleton who told the authorities that Edward Oldcorne was hiding here after he had been heard saying Mass at Hindlip Hall. Four people were executed and the owner at that time barely escaped execution himself due to the intercession of Lord Monteagle.

It was later owned by a poet and was for a while a girls’ school before being rebuilt by Lord Southwell in 1820. The Hall was designated as a potential home for the war cabinet in 1940. It is now home to the West Mercia Police and Hereford and Worcester Fire and Rescue Service headquarters.

The house and gardens continued to be improved. Henry Allsopp, first Lord Hindlip carried out the 1863 restoration of the church, his son had the south chapel and aisle added in 1887. In 1887 it was this Lord Hindlip who had a new 6-acre (24,000 m2) lake created and the old one was filled in and 4,000 fish were taken out.

This trunk has obvious signs of use as there are old scratches and the paintwork has naturally distressed in the appropriate areas with a superb patination. The double-hatched lid works perfectly well and it is in stable and very original condition. There are later runners to the base. It could be used, for example, for logs, laundry or any other manner of things. It was clearly made to be portable and was probably part of Lord Hindlips luggage.