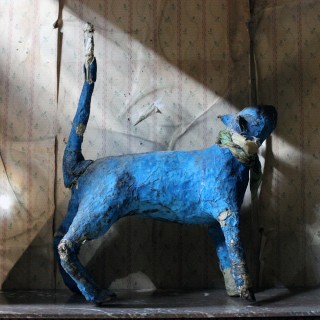 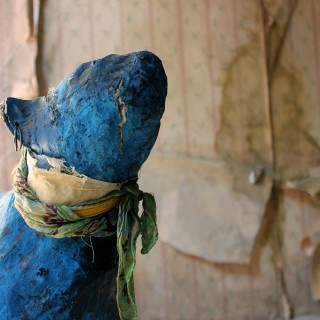 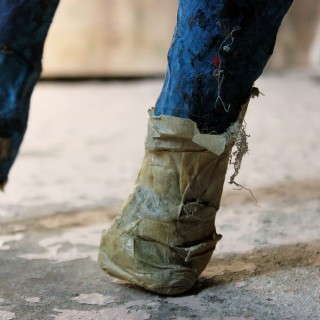 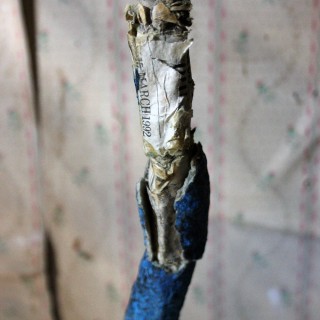 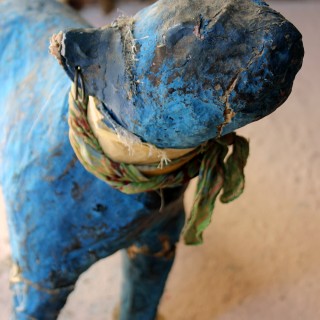 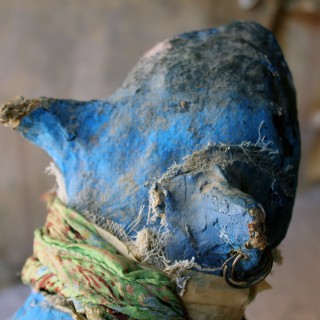 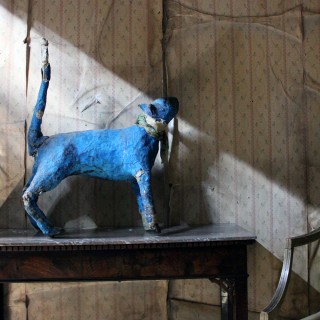 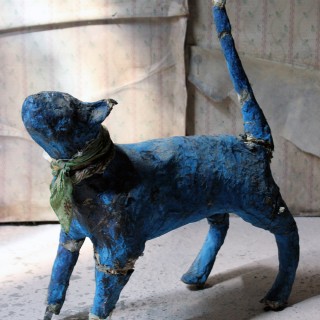 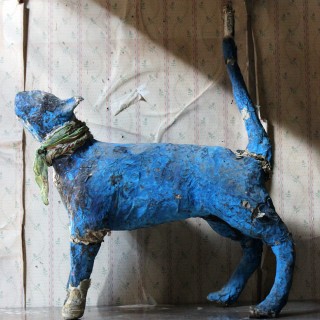 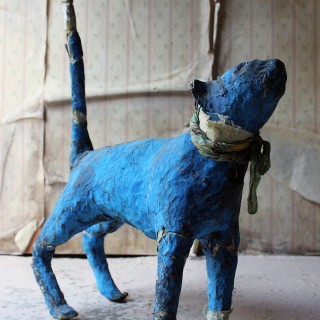 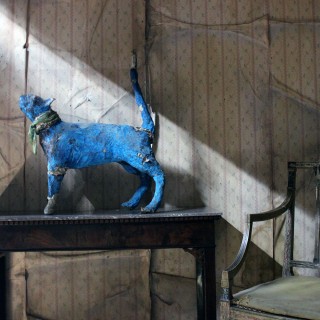 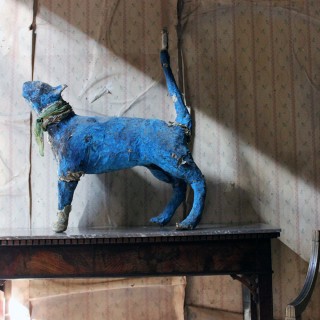 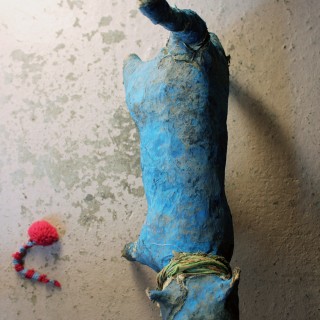 The most likely unique and most certainly charming hand painted model of a stylised prowling cat, in a brilliant topaz electric blue, personified with a neckerchief and earring, and a bandage to one foot, in very decorative condition and surviving from the year 1992.

Papier mâché became an industry in England in 1772 when Henry Clay of Birmingham took out a patent for its making and as a result produced the inexpensive plastic of its time, easily be molded into desired shapes. As indicated by its name, it was mashed or pulped paper, which was first, molded, then baked, to drive off the moisture that had reduced it to pulp. When it became firm and hard it was finished with an enamel-like coat of paint and was then ready for a wide variety of decorative treatment.

A more charming blue cat you will never see. Street.

Remaining in fair overall condition considering the fragility, the cat is very decorative, though he is fragile and with fissures and losses as per the photographs, with the metal framework showing to one paw, though by rights the wear and tear is all part of his charm. The exposed paper to the tail shows the date of March 1992.