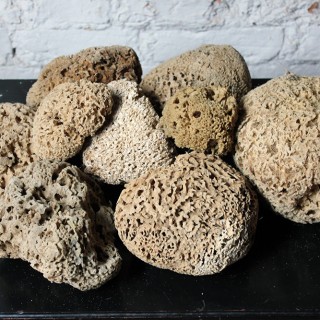 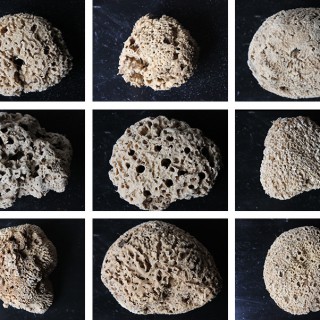 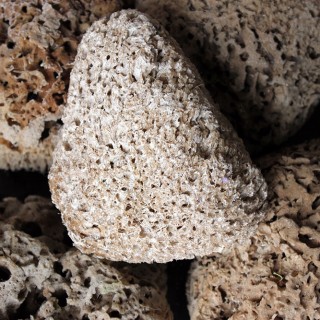 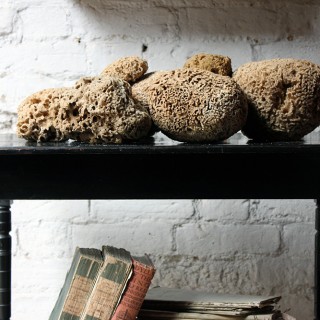 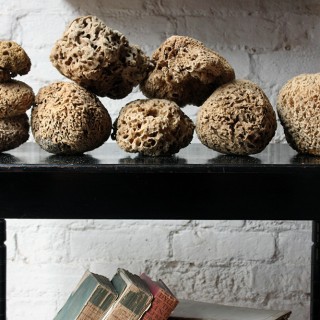 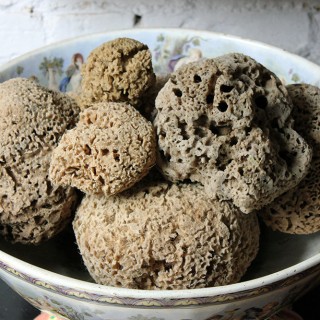 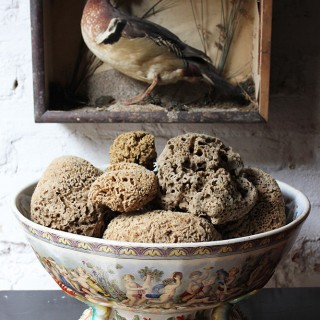 The collection of nine preserved specimens of Porifera or sponge in differing sizes collected on the beaches of Benghazi in Libya in the early par of the twentieth century.

The specimens all show their age and are a little dusty as such and malt a little on movement. Some have small areas of loss though generally they are in good condition.

Benghazi had a strategic port location, one that was too useful to be ignored by the Ottomans. It was in 1578 that the Turks invaded Benghazi and it was ruled from Tripoli by the Karamanlis from 1711 to 1835, then it passed under direct Ottoman rule until 1911. Under Ottoman rule, Benghazi was the most impoverished of the Ottoman provinces. It had neither a paved road nor telegraph service, and the harbor was too silted to permit the access of shipping.

Greek and Italian sponge fishermen worked its coastal waters as before the invention of neoprene in 1930, the best source of porifera – the scientific name for sponges – was the sea floor, and the longstanding practice of Greek sponge-diving is well-attested in the historical record. With increased inter-Mediterranean trade during the early modern period, sponges became a major export from the Eastern Mediterranean ports of the Ottoman Empire. Particularly with the emergence of controversial machines used to harvest sponges, concerns regarding the threat posed to the sponge population (and the sponge-diving industry) naturally arose among Ottoman regulators.

Who knew there was so much history to the flora and fauna of the former Ottoman Empire? Beautiful.