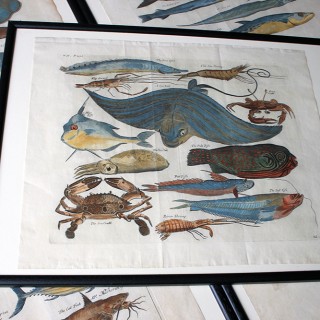 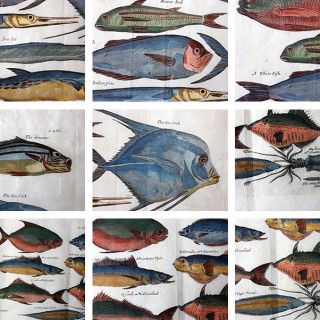 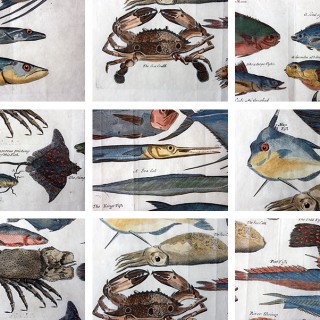 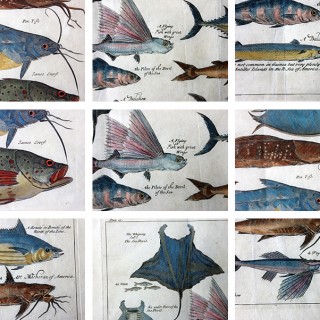 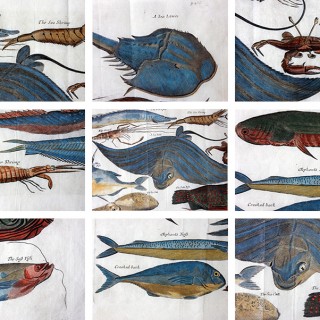 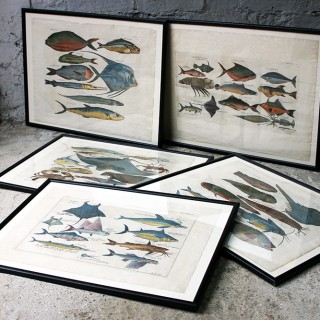 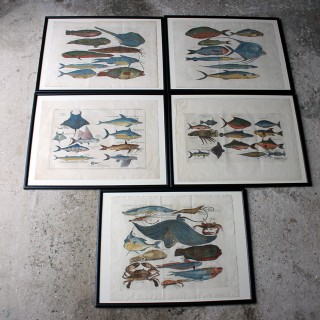 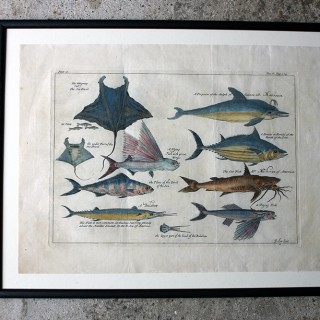 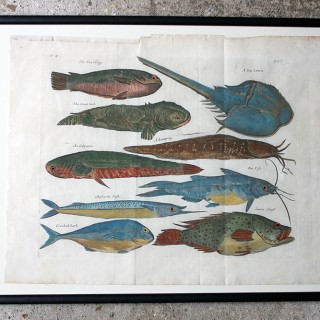 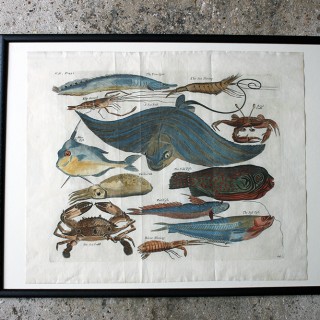 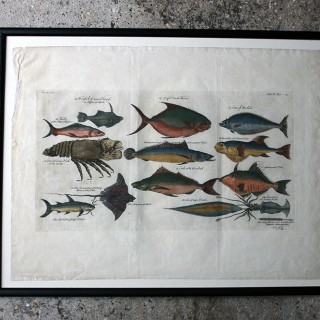 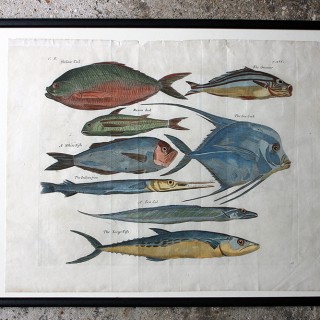 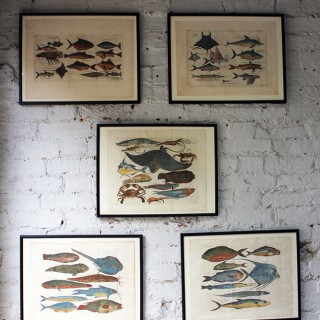 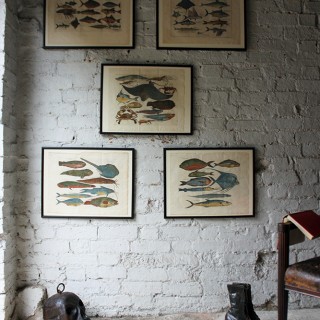 A Beautiful Group of Five Hand-Coloured Copper Plates of Fish From “A Collection of Voyages and Travels” c.1730

The large and beautifully hand-coloured decorative group of five copper plates being the original illustrations published in London around c.1730 and certainly between 1704-47 for “A Collection of Voyages and Travels, some now first Printed from Original Manuscripts, others now first Published in English” By Awnsham and John Churchill, and drafted by Johannes Kip, showing a wonderful and vibrant array of river and sea fish, many from the waters around Guinea and each surviving from the first half of eighteenth century England.

The wonderful array of fish shown include many rather humorous annotations and include the following:

A collection of voyages and travels, some now first printed from original manuscripts, others translated out of foreign languages, and now first published in English: had a general preface, giving an account of the progress of navigation, from its first beginning to the perfection the whole illustrated with a great number of useful maps, and cuts, all engraven on copper, printed by assignment from Messrs Churchill, for John Walthoe etc., London. These illustrations would have accompanied the writer’s visit and would have also seen illustrations on the flora, fauna and other wildlife seen at the time.

Johannes Kip (b Amsterdam, 1653; d London, 1722) was a Dutch draughtsman, engraver and dealer, active in England. His earliest dated engravings are of 1672 and he supplied numerous plates for books published from that date onwards. His work brought him into contact with the court of William of Orange and in 1686 he produced six plates depicting William of Orange, his Wife and Attendants near The Hague. Shortly after the Glorious Revolution of 1688 Kip followed the court to England. After settling in Westminster, he worked extensively for London publishers, engraving works after Francis Barlow, Caius Gabriel Cibber and other London-based artists such as the work we see here. Kip also dealt in prints from his house in St John’s Street in Westminster.

Weirdly wonderful and whimsical, this beautiful group gives a fascinating insight into the world of the ocean through a Georgian eye.

The plates are in generally good overall order. There is some light discoloration marks to the page edges in places and some light tattiness with some evidence of fold marks but the fish all remain incredibly vibrant. The frames and ivory card mounts are late twentieth century and in keeping.

A Beautiful Group of Five Hand-Coloured Copper Plates of Fish From “A Collection of Voyages and Travels” c.1730