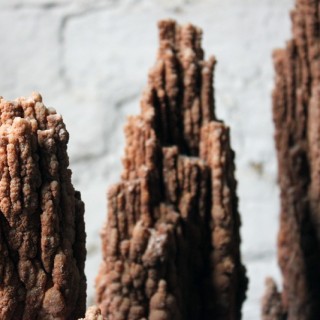 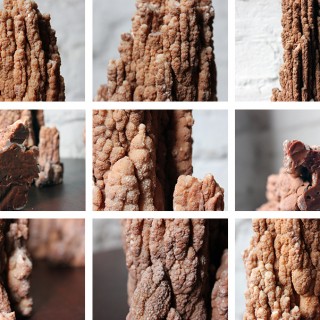 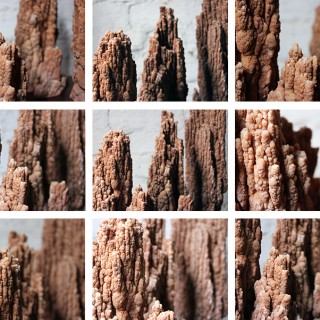 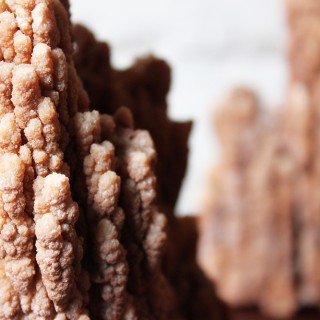 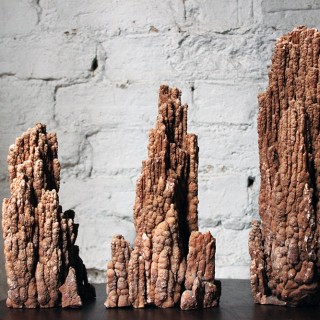 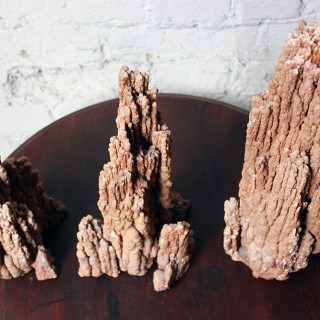 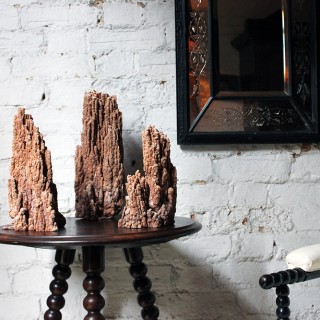 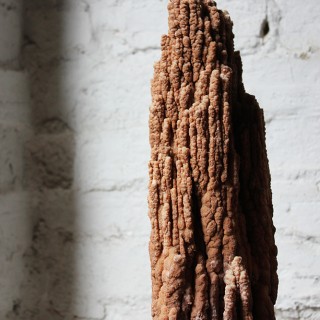 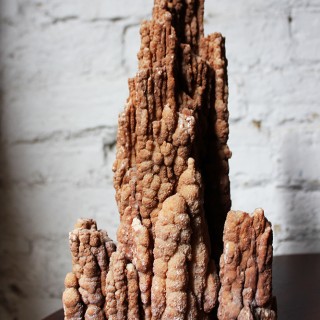 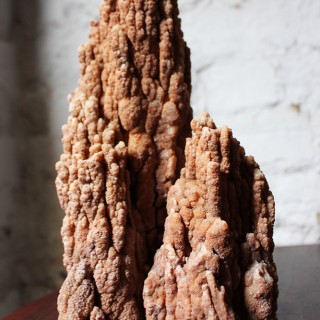 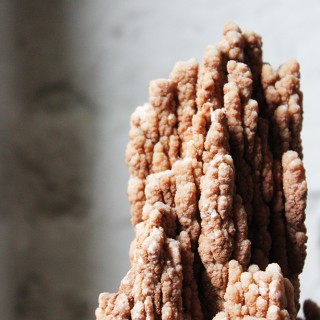 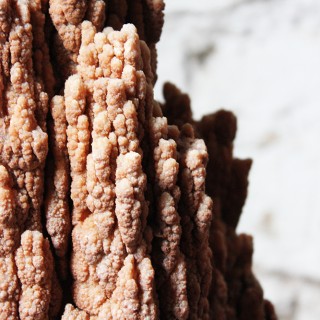 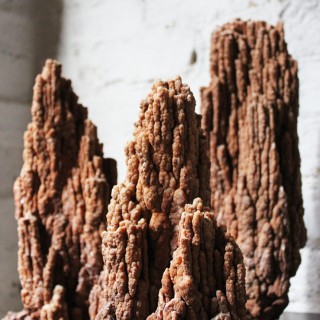 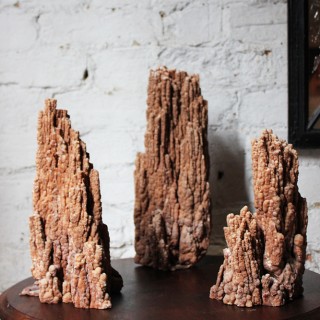 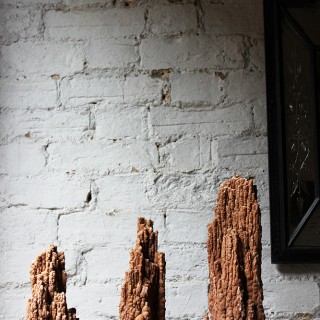 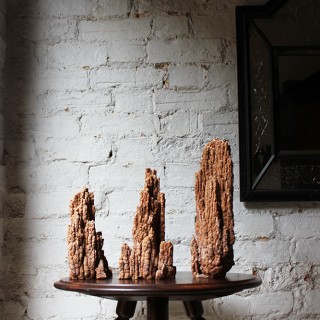 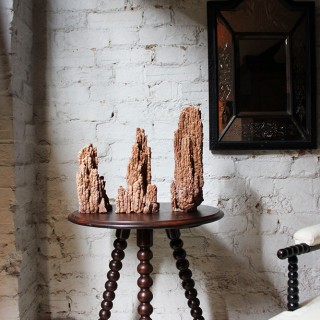 The graduated group of three aragonite, possibly zibowen, scholar’s rocks or viewing stones, as representations of jagged mountain ranges showing peaks and furrows, each of crystalised calcium carbonate orange-hued stone of botryoidal form and vertical orientation, freestanding and more than likely surviving from the nineteenth century.

Aragonite is a mineral consisting of calcium carbonate and typically occurring as colourless prisms in deposits from hot springs. Because of their structure, they send light out in a variety of different directions, to create an outcome of heightened light and energy in their surroundings. It is possible that these stones are of Zibowen stone, found in Zibo, in the Shandong province. They are decayed rocks composed of lime, granite or clay stone and aesthetically wen rocks have a naturalness and antique simplicity. They have a weathered look with dots or crossing lines on the surface and a variety of wrinkled forms. Among this type are aragonite rocks such as these which are usually very hard and brittle. Wen rocks portray a feeling of “pu”; they may relieve anger and resentment, and they are known to help you if you have anxiety, stress or other negative emotional feelings.

Leading expert Robert D. Mowry, who is Harvard Art Museum’s Curator Emeritus describes scholar’s rocks as ‘favoured stones that the Chinese literati displayed in the rarefied atmosphere of their studios’. In the Tang dynasty, a set of four important qualities for the rocks was recognised. They are: thinness (shou), openness (tou), perforations (lou), and wrinkling (zhou). In these examples we see the dramatic crevices and sharp ridges accentuating the beautifully textured surface with characteristic small hollows.

The typical Chinese scholar drew inspiration from the natural world; he did not go out into nature to paint or compose poetry, rather, he worked within the seclusion of his studio and used these ‘representations of mountains’ (very much like these examples) as inspiration for his work. The rocks were often brought to the scholars from remote places, the finest coming from riverbeds or mountains. Some of the most prized examples came from Lingbi, in the northern Anhui provenance of China. From as early as the Neolithic period — nearly 7,000 years ago — prized stones and jade have been found buried in tombs. However it was not until the late Tang dynasty (618-907) that scholar’s rocks were collected in earnest.

“If the rock does not seem like a painting by the powers of nature, then you shouldn’t choose it.” We feel these certainly do; glinting at every turn, truly beautiful.

The specimens are in fair to good order given their brittleness and age with a good amount of deposit patination garnered over time with white calcitic veining. There is some expected losses to the extremities to the tops of each and they are brittle so should be handled with care to avoid any other loss. The bases have a wax resin seal to them.