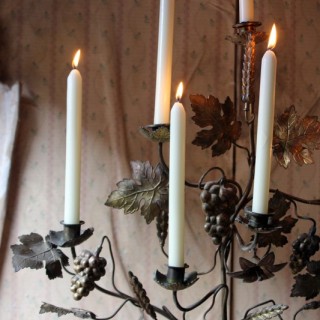 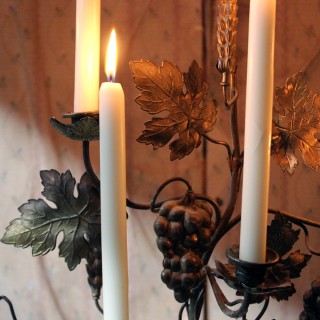 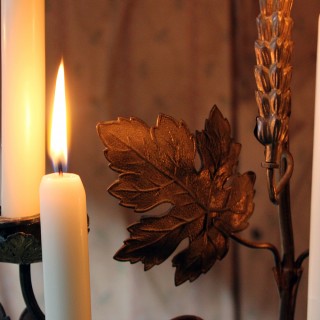 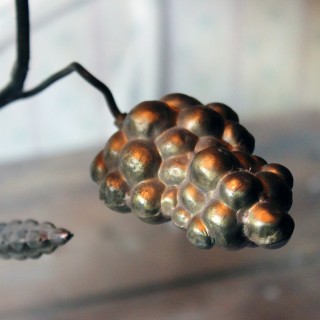 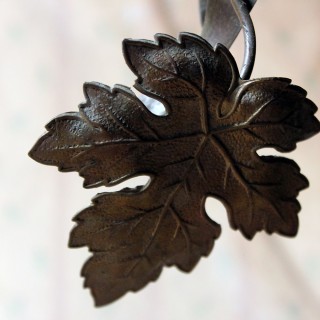 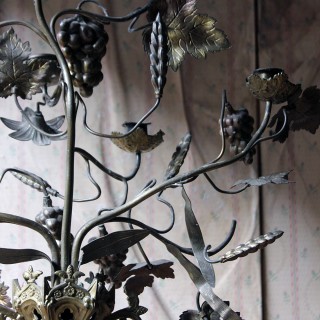 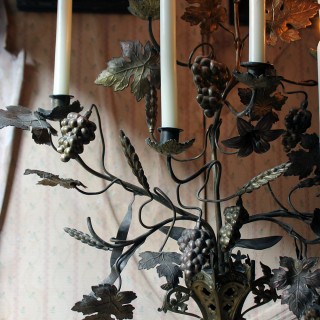 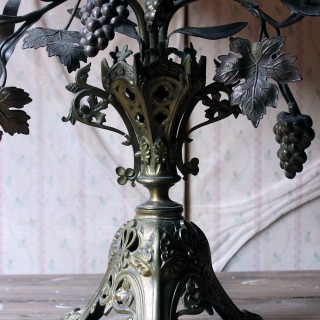 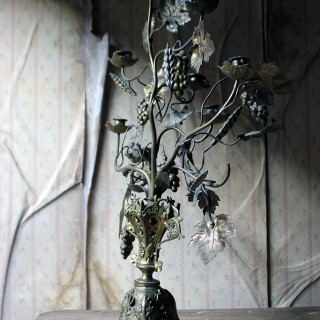 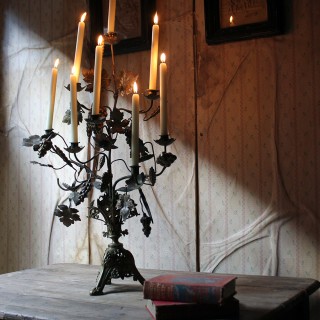 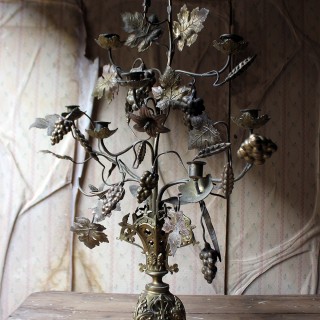 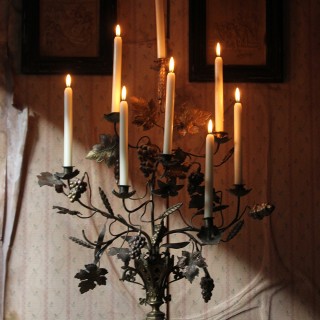 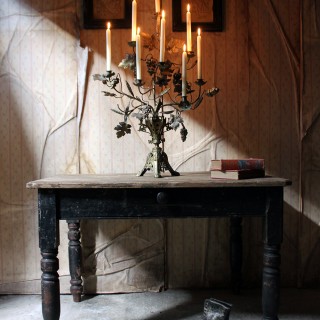 The word candelabra is a derivation of the Latin word “candelabrum” which means candlestick. A Menorah, a specific seven-branched candelabrum is one of the oldest symbols of Jewish faith. Although it is understood candelabra were used during the Middles Ages (400 –1400 AD), artefacts and records from the 1600’s provide examples of candlesticks and candelabra. In the 1800’s, silver candelabra became de rigueur at the evening dinner table, providing both illumination and decoration for the substantial, end of day meal. The demise of the candelabra, along with candlesticks, came with the invention of the light bulb in the 1870’s.

This particular example, made shortly after that time, was possibly designed for a church and therefore electricity was not available or appropriate for its alter setting.

A very pretty centerpiece that marries nature and romance rather beautifully amidst an alluring glow.

The general condition is nicely untouched with a good patina to the whole though there is one candle-holders lacking from one of the candelabra which would have made it a nine sconce example. It hasn’t been cleaned or restored in any way. The sconces can be a little loose but with the right sized candles it holds up suitably well.