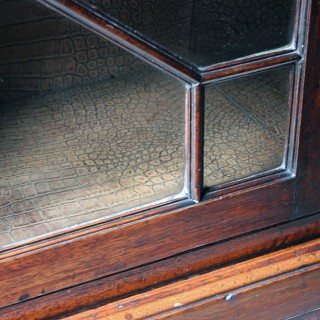 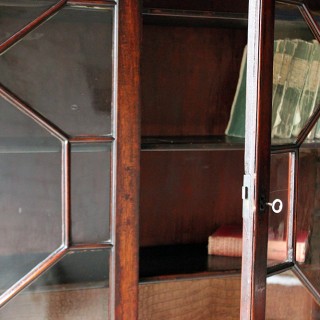 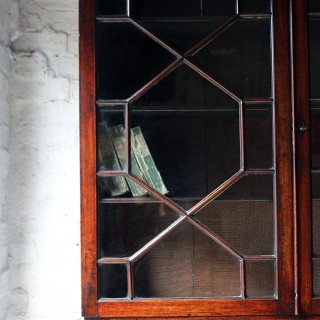 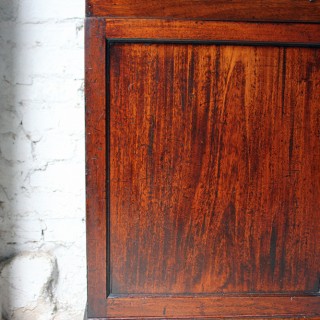 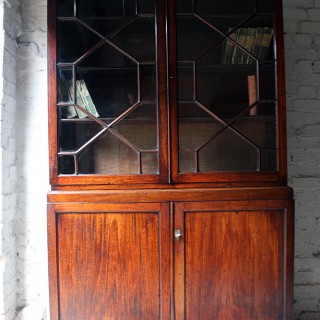 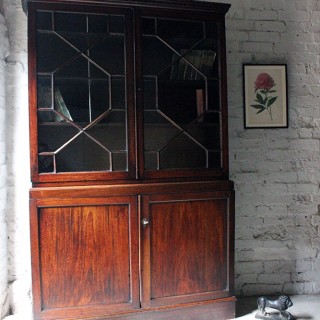 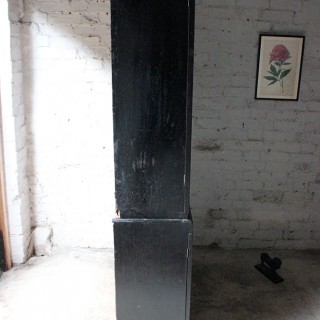 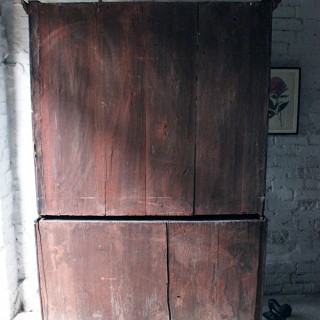 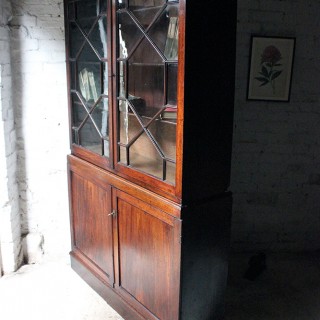 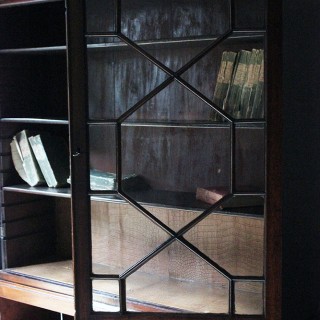 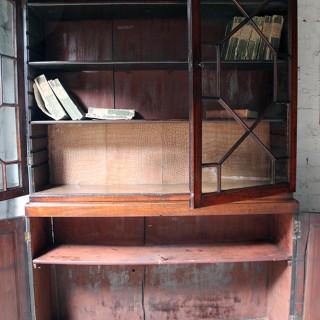 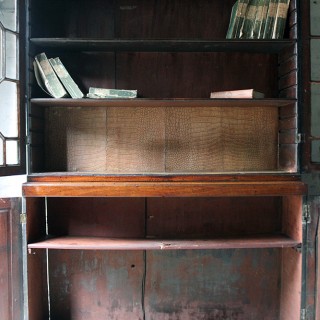 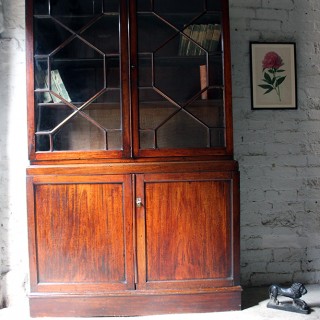 Of appealing proportions and super rich colour, the Regency mahogany bookcase having a moulded cornice above two astragal glazed doors enclosing three adjustable shelves over two panelled doors opening to reveal the original russet painted interior with a single shelf within, the whole raised upon a plinth base, the sides being later black painted, the interior part decorated with faux snakeskin paper, surviving from the first quarter of nineteenth century England.

The idiosyncratic adjustments to the bookcase were administered at some point in the early twentieth century, with the faux snakeskin paper having good age and the black paint to the sides also having a timeworn appeal.

Regency furniture such as chaise longues, chiffoniers, low cupboards, cabinets and bookcases all rose in popularity in this period. This style of bookcase was very much reproduced a century later by the Edwardians.

With its eccentric later alterations this attractive bookcase has fun quirky twists and thus it proves a characterful example of a true classic.

The piece is in relatively good overall structural condition and there are no issues with stability, she is fairly light for a bookcase of this kind. There are a few sections of loss to some of the corners of the carcass, please see the photographs for visual reference. The glass is original and has a beautiful bubbly appearance in certain lights with only one small panel having a crack. Keys for both the panel doors and the top glazed section are both present and working though they are a little temperamental. The colour to the mahogany is superb with a very prominent patination whilst the black painted sides also show a good patina. Overall it has a lot of character and some flaws but is attractive in its entirety.