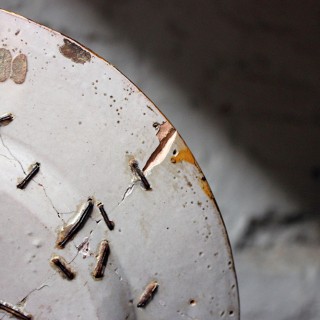 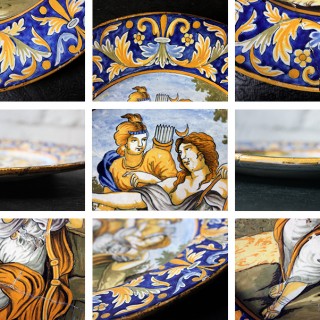 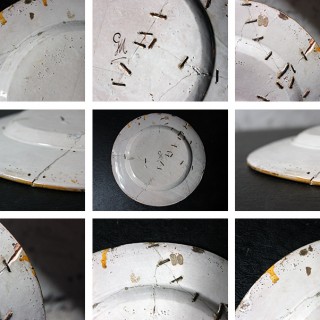 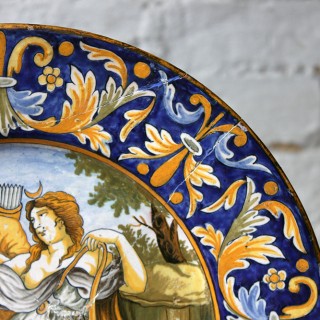 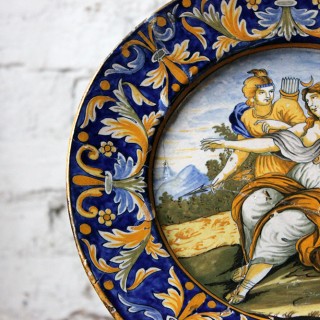 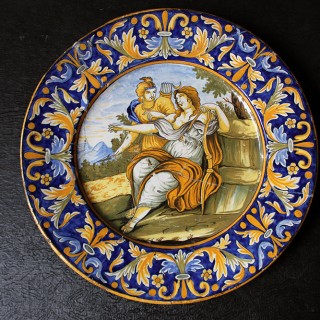 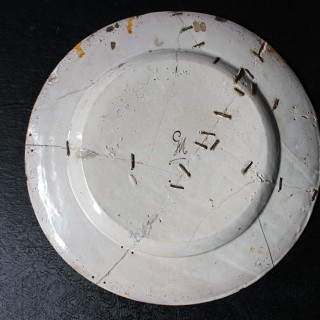 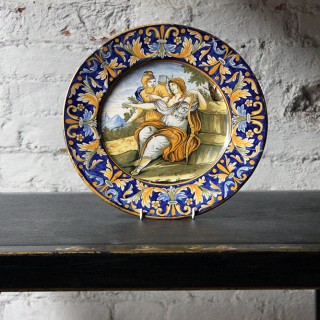 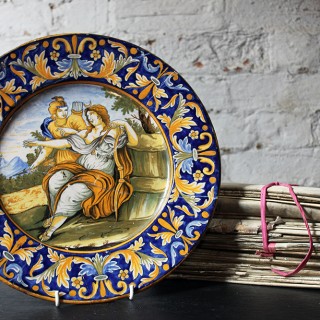 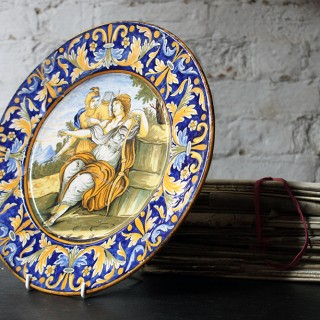 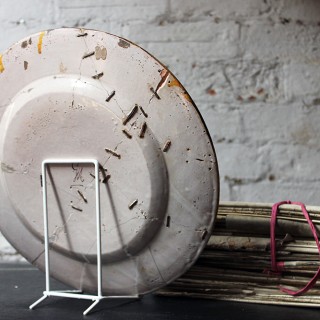 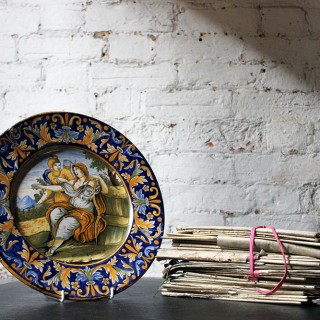 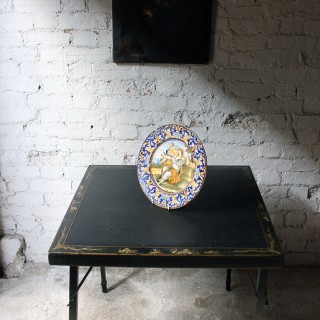 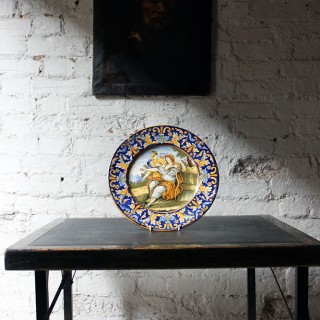 Vibrantly painted with the Goddess Diana leaning on her bow, an attendant at her side, within a broad blue border painted with acanthus, and having a GM mark verso, the whole having been damaged and rivet repaired, surviving from the third quarter of the nineteenth century.

Maiolica is a technique developed in Italy in the 14th century where a terracotta body is covered by a glaze which includes tin oxide to give an opaque white ground. This technique was originally used in Europe to imitate Chinese porcelain before the secret of the method of making porcelain was discovered.

During the 15th and 16th centuries this opaque white ground then allowed the Italian potters to produced extravagant painted Renaissance style designs in the manner of the great artists of the day. These pieces have become extremely collectable and so have been reproduced since the middle part of the 19th century and this piece is a typical example of these later copies.

Cherished for generations, a colourful and characterful delight.

The condition of the plate is purely perfection in imperfection. Someone who was desperate to keep it in tact and in the family for years to come has lovingly riveted it. Please see the photographs for a full visual reference. This piece must have been damaged reasonably early in its life as the method of repair has not been used for a long time, having been replaced by better quality glues, though the efforts made to repair such an item in this manner is joyous.