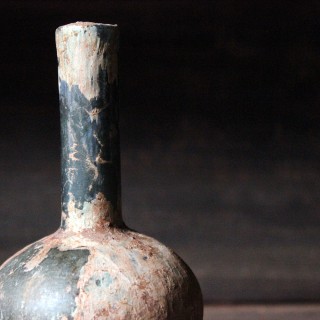 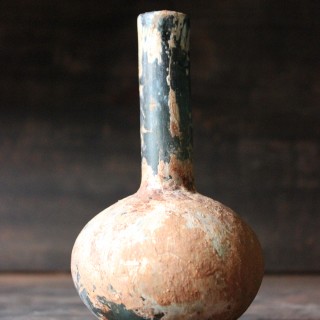 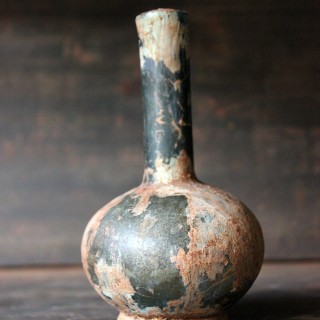 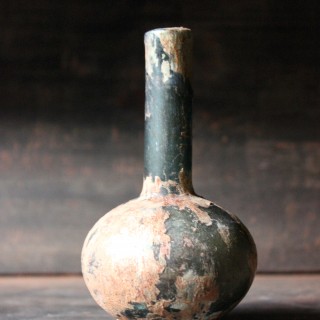 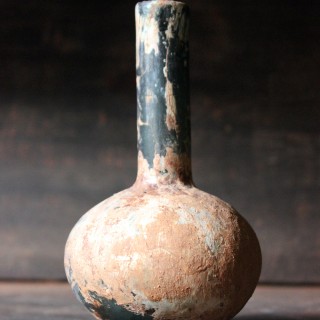 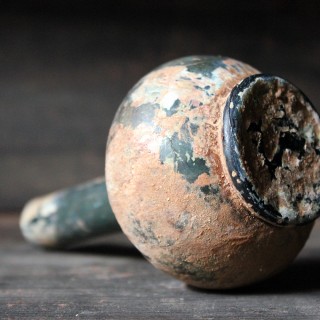 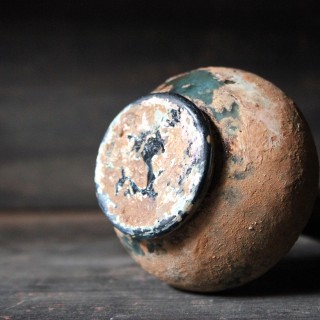 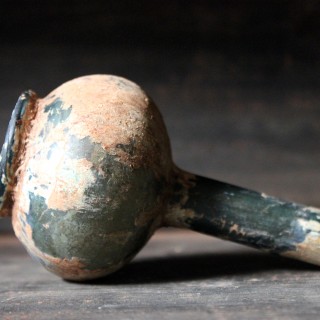 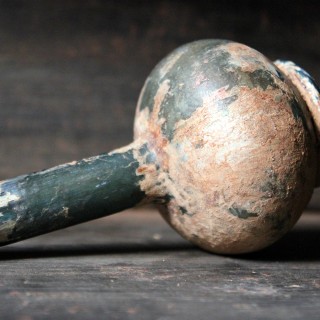 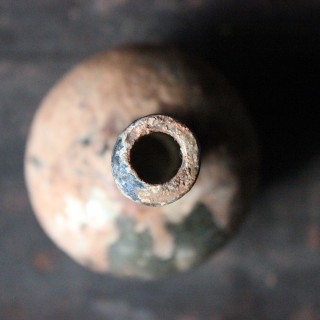 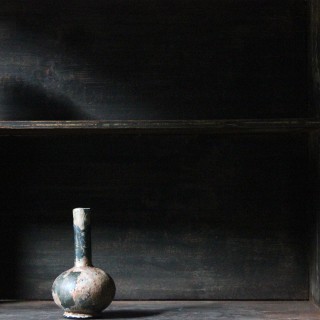 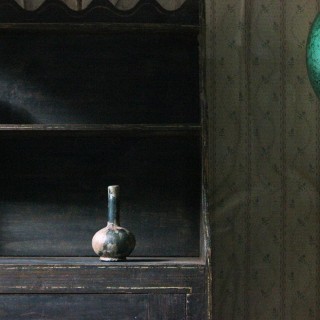 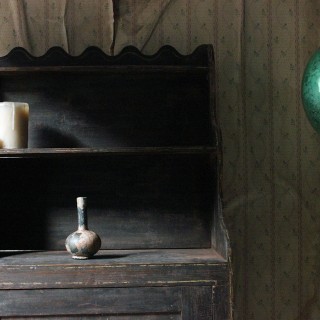 The evocative dark emerald green glass bottle of diminutive proportions having a superb patination and opalescence to the surface; formed with a long tapering neck with a bulbous squat body and slightly inverted base and surviving from the Islamic Golden Age.

The Islamic Golden Age is the era in the history of Islam, traditionally dated from the 8th century to the 13th century, during which much of the historically Islamic world was ruled by various caliphates, and science, economic development and cultural works flourished. Islamic glass did not begin to develop a recognizable expression until the late 8th or early 9th century AD, despite Islam spreading across the Middle East and North Africa during the mid-7th century AD.

A variety of vessel forms used to hold a wide range of materials make up the bulk of glass objects (bowls, goblets, dishes, perfume bottles, etc.), and have seen the most attention from Islamic glass scholars. Some of the more distinct vessel functions from the Islamic period include inkwells, qumqum or perfume sprinklers, and vessels associated with Islamic science and medicine such as alembics, test-tubes, and cuppers. Glass was also used for aesthetic purposes in the form of decorative figurines, and for jewellery as bracelets and beads. The variety of functions filled by glass and the sheer bulk of the material found through excavation further highlights its significance as a distinct and highly developed material industry throughout the Islamic world.

When one talks about texture and patination it doesn’t get any better than this.

Considering the considerable age, the piece is in very fine condition, with an exceptional undisturbed patina. The interior shows a rounded even aged green patination. There are no damages or restoration.