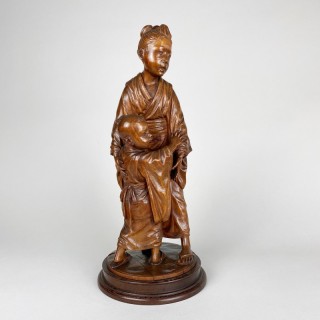 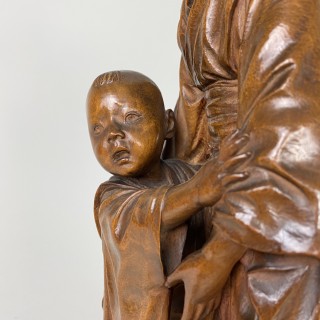 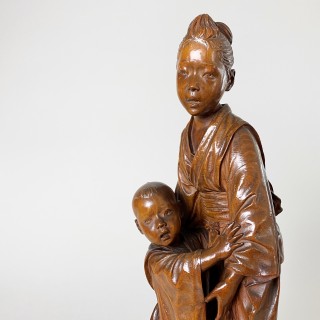 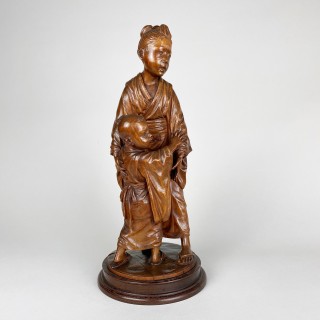 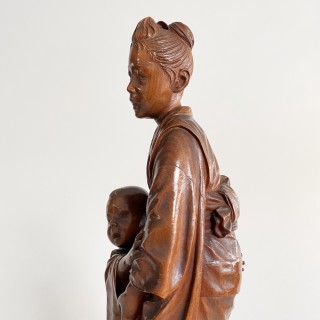 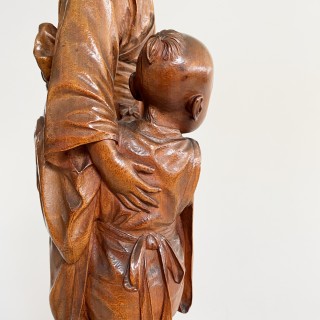 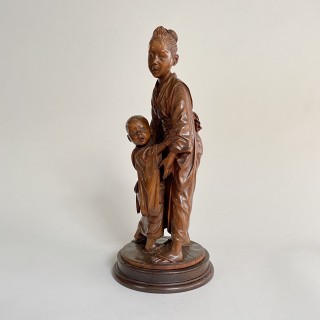 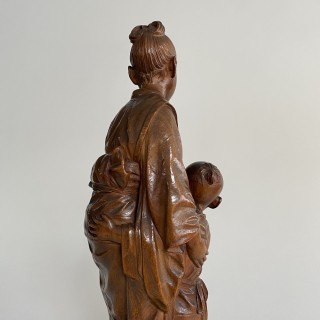 A beautiful Tokyo School, soft wood Okimono of a Mother and her child

This beautiful Okimono (in classic Tokyo School style) shows a mother adopting a protective stance as her son clings to her for reassurance. At 40cms in height, this is a very collectable item.
Please don’t hesitate to contact us for additional photographs, virtual viewing or to arrange an appointment.

Tokyo school refers to a style of Japanese art that became popular in the Meiji Period (1868-1912) when Japan was exporting a large amount of artworks to the West (Europe) The style is defined by it’s appearance and use of traditional western techniques, that moves away from the stylised Japanese artworks towards and more realistic European style depiction. In Japan this style (when referring to paintings) is called Yoga, meaning western style painting. There is an area in Tokyo called Yoga, which is probably where the more saleable name ‘Tokyo School’ Originates from.

A beautiful Tokyo School, soft wood Okimono of a Mother and her child