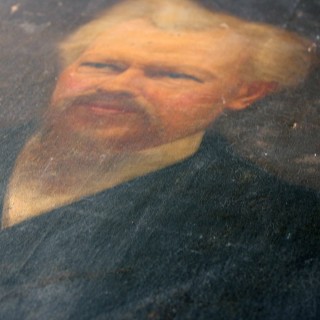 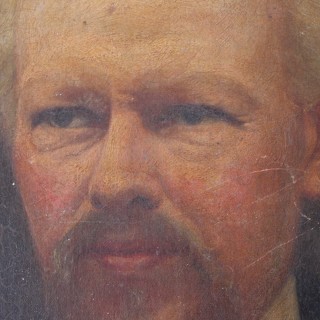 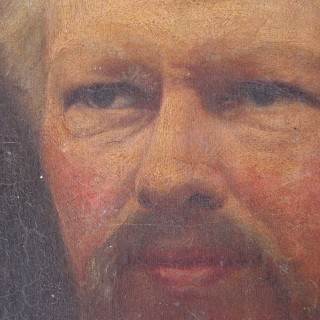 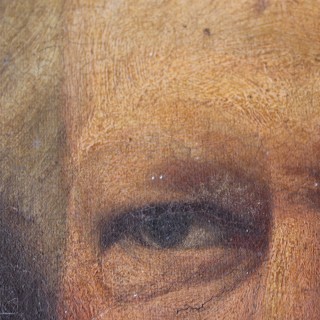 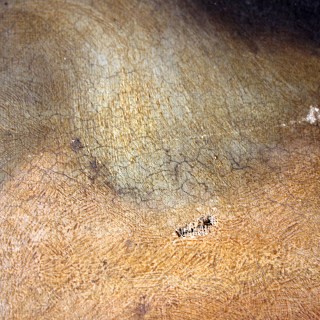 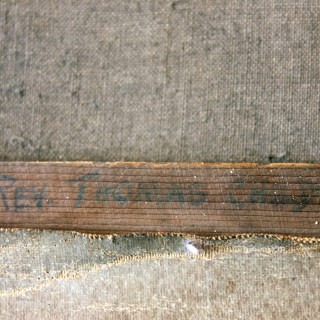 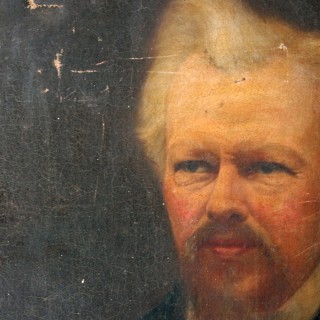 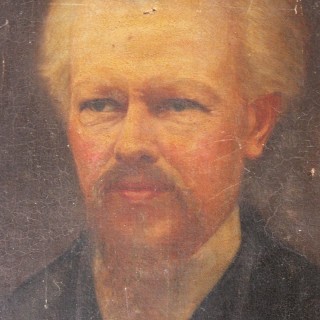 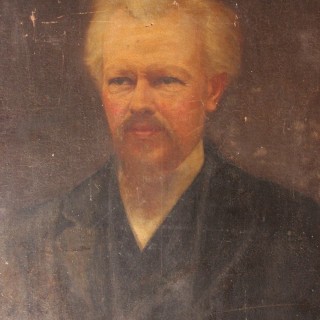 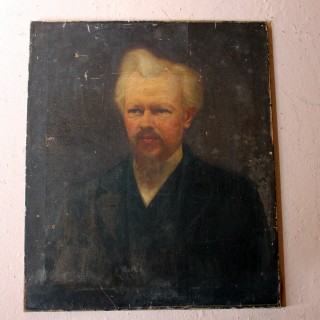 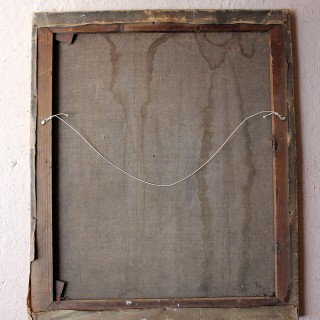 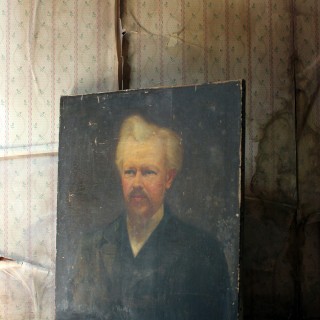 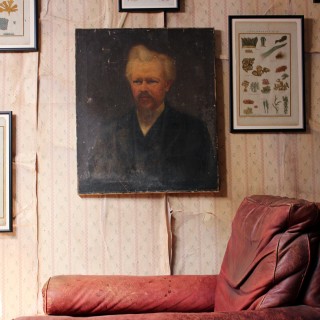 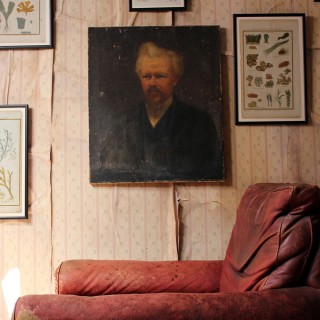 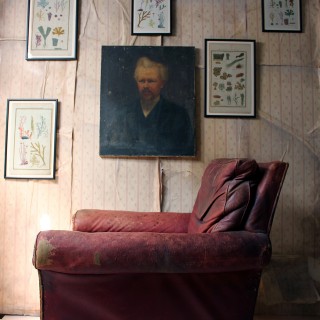 The well depicted three-quarter length portrait of a bearded gentleman being the minister Thomas Child (1839-1906); painted in oils on canvas, the sitter wearing a black overcoat and white shirt, with coiffured greying hair and beard, portrayed in a gentile manner, the whole on a dark charcoal ground, presented unframed and un-restored, and surviving from the last quarter of the nineteenth century.

Thomas Child (1839–1906) was a Scottish minister of The New Church and writer. The son of John Child, a heckle-comb maker, and his wife Grace M’Kay, he was born at Arbroath on 10 December 1839, and brought up in the Free Church of Scotland. He was put under a relative at Darlington to learn tanning, but ran away.

After serving apprenticeship to a chemist, Child was employed by manufacturing chemists at Horncastle; there he joined the Congregationalists and, with a view to its ministry, studied at Airedale College (1862–7). As a congregational minister he was at Castleford in the West Riding of Yorkshire (1867–8), and Sittingbourne in Kent (1870). Reading the Appeal by Samuel Noble led Child to accept the doctrines of Emanuel Swedenborg. As a preacher of the New Church, he officiated at Newcastle-on-Tyne (1872), moving to Lowestoft (1874) and to Bath, Somerset (1876), where he was ordained on 15 October 1878. In March 1886 Child became assistant at the chapel in Palace Gardens Terrace, Kensington, to Jonathan Bayley, who died on 12 May that year. Child became his successor, and died on 23 March 1906.

Child wrote on New Church principles, with Sir Isaac Pitman supporting some publications. His major work was Root Principles in Rational and Spiritual Things (1905; 2nd edit. 1907), prompted by Ernst Haeckel’s treatment of the world riddle, and commended by Alfred Russel Wallace. He married Louisa Hadkinson in October 1870, around the time this was painted. As this picture was sourced in Newcastle, we believe therefore, he was sitting for it in the city so he would have been around 35 at the time.

Just in the sort of faded condition we love, an atmospheric and well executed portrait.

The picture is in un-restored condition and we love it as it is. There are no major losses and the canvas has craquelure to the surface with dirt, and some small punctures. Please refer to the photographs for a full visual reference. There is a framer’s stamp to the canvas verso but it is illegible.