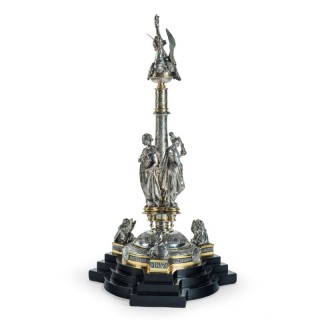 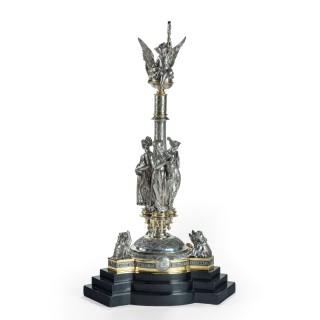 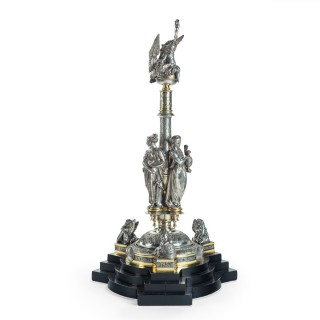 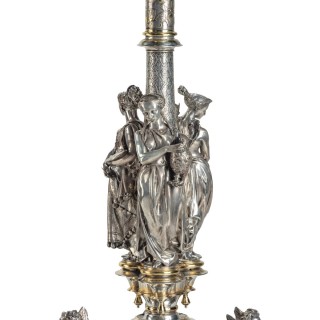 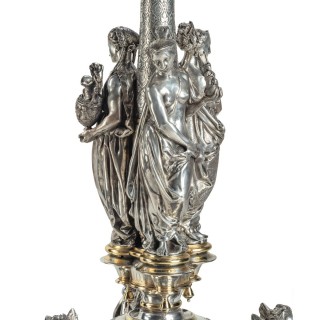 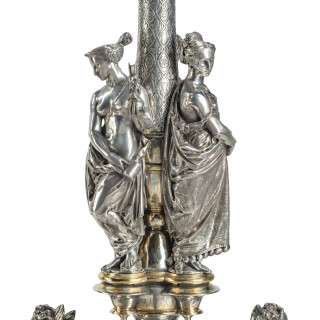 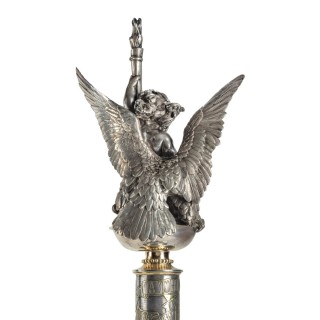 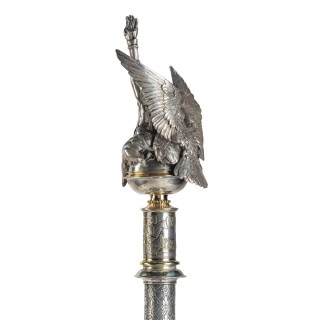 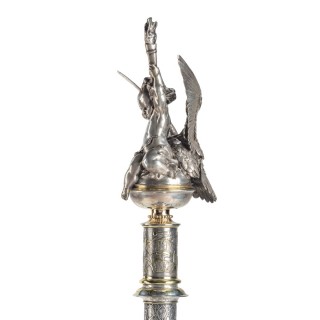 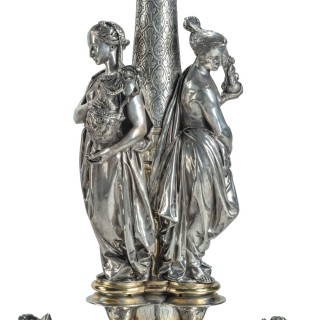 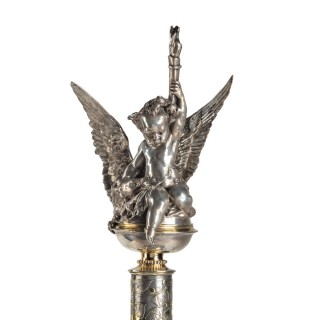 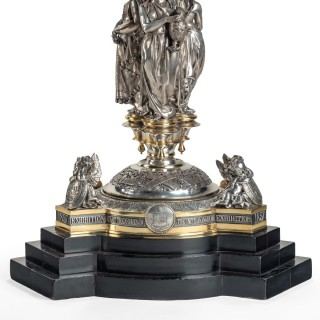 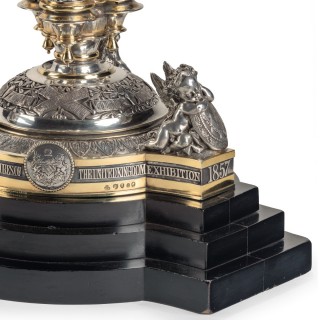 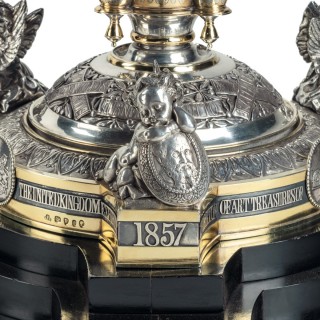 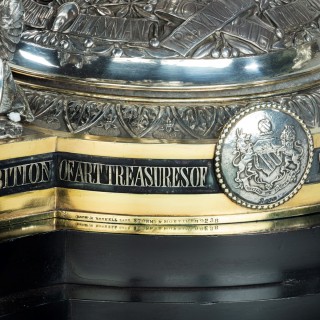 J. B. Waring describes this oxidised silver Testimonial as follows: “The Manchester Art-Treasures Testimonial is surmounted by a figure of genius contending with an eagle, around which are allegorical figures of Painting, Sculpture and Industrial Art. On the columns are the rose, shamrock and thistle and the motto of the Exhibition, from Keats’ Hyperion – “a thing of beauty is a joy for ever”. On the vase are the names of the principal artists whose works adorned the Exhibition, and on the angles infantine figures of Fame hold portrait medallions of Michael Angelo, Titian and Cellini”. On an ebonized stepped plinth. Assay marks, ISH, London, 1859.

Published: J. B. Waring, Masterpieces of Industrial Art and Sculpture at the International Exhibition 1862, plate 129.

Provenance: Made for Thomas Fairbairn Esq. in 1859 by the Royal Goldsmiths Hunt & Roskell and subsequently exhibited by the firm on their stand at the 1862 International Exhibition.

The Manchester Art Treasures Exhibition of 1857 was “of international importance, larger and of higher quality than anything previously staged in Britain”. Some 1.5 million visitors came to see it, many of them from Continental Europe. It was full of art in all its various forms, of quite astounding quality, with pieces being lent by major private collectors and the Royal family as well as firms displaying masterpieces they had created for the event. Obviously organising an event such as this would have been quite an undertaking, and, as the Exhibition also managed to make a profit – something that many of the other fairs of this sort failed to do – it is perhaps not surprising that the organising committee chose to commission such a generous gift for Fairbairn who was Chairman of the Executive Committee. A pair of watercolours in the Royal Collection and Manchester Art Gallery show Fairbairn at the opening of the Exhibition, presenting Prince Albert with a speech.