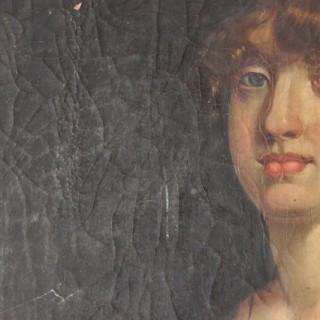 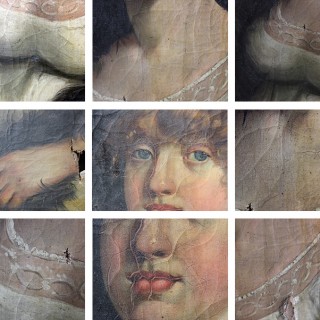 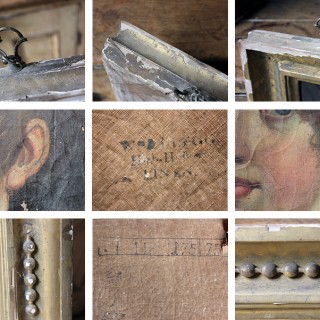 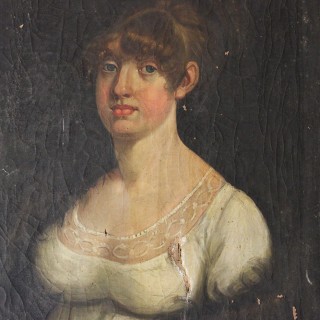 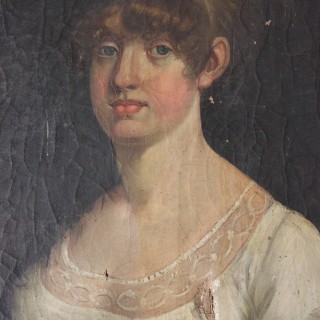 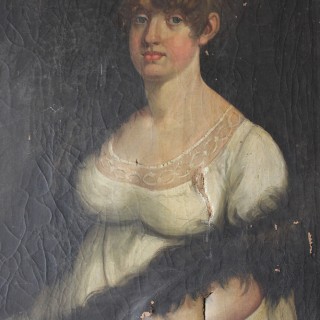 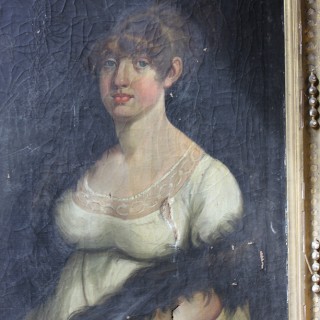 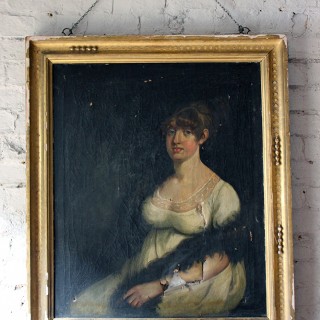 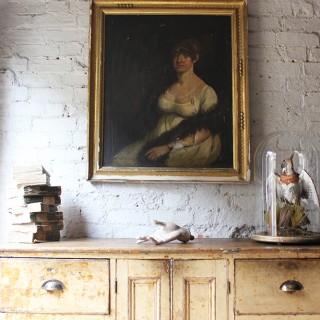 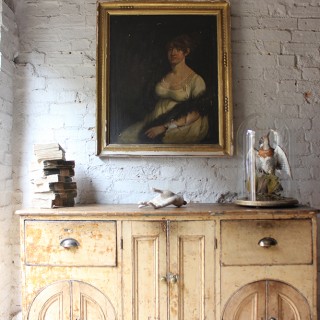 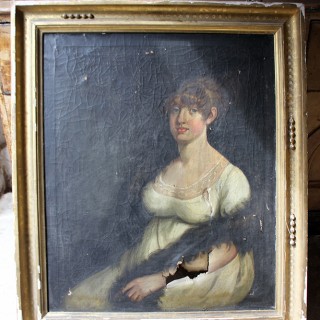 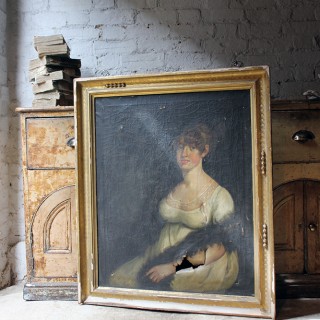 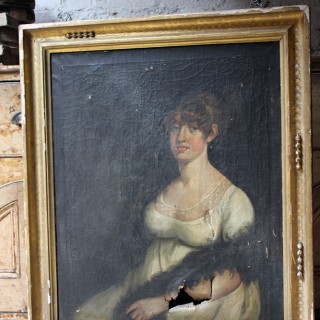 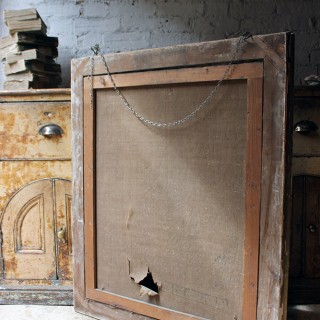 The well executed oil on canvas portrait of a Lady of status, serenely depicted seated in a lace gown with black stole, rather full of breast, facing out toward the viewer, her hands relaxed to her lap, her cheeks and lips both full and red, her complexion pale, her chestnut hair tied up, with a curled fringe; the work presented in the original gilded and beaded frame, the whole in the Regency taste, surviving from the first decade of nineteenth century England.

The picture is stamped verso with that of William and James/John Legg’s indistinct canvas stamp, ““W & J LEGG/ High Holborn/ LINEN”. William Legg worked in High Holborn from 1802 to 1806.

A stamp very similar to this is found on the reverse of the Rice “Jane Austen” portrait (Christie’s New York 19 April 2007 lot 120, bought in). It would seem that Legg’s brother, John, or another member of the family, James, traded in partnership with him for a time in London since a second very similar canvas stamp has been recorded, “W & J LEGG/ High Holborn/ LINEN”, which we see on this portrait, including an example datable to 1804 and another 1807 (John Legg was listed in the poor rate books as paying a rate in 1802 and 1803 while James Legg was recorded in the land tax assessments in 1804 and 1805, in both cases very probably for the premises at 163 High Holborn. On the available information we have before us, the period 1801-1802 until 1805-1806, and only in this period, that the Leggs, whether William, John or James, were trading in High Holborn so we can date the picture rather succinctly.

There are also further stamps to be seen to the reverse, with a series of numbers and a crown cypher. These could be researched to lead to an eventual attribution, so we believe there could be a fruitful trail here to investigate further.

A bewitching picture, and one with a quiet, yet authoritative pang of stately quality;

‘The paradox of the English country house is that its state of permanent decline, the fact that its heyday is always behind it, is part of the seduction”

The picture has not been restored or cleaned and there are extensive losses and damages with the picture apparently unsigned. The canvas has a couple of tears to its lower and middle sections. The frame has several chips and losses and is lacking many of its corvetto balls but the whole, we feel, is so redolent of the country house and of the Regency period that she is still very attractive in her entirety. A full restoration job could of course be carried out but we fell in love with the picture in, this most original, attic condition.