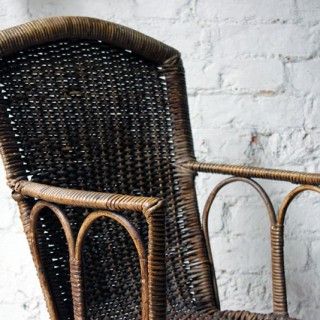 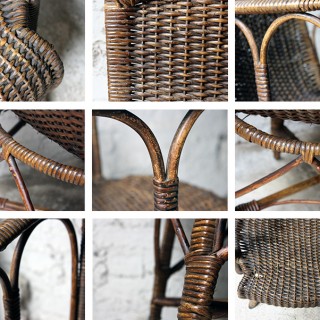 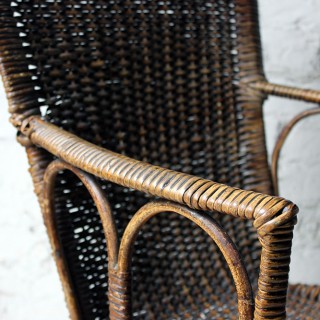 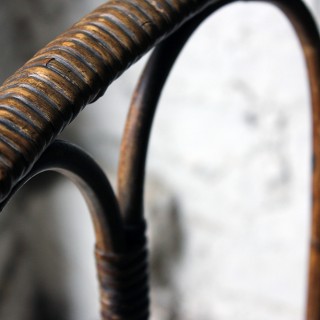 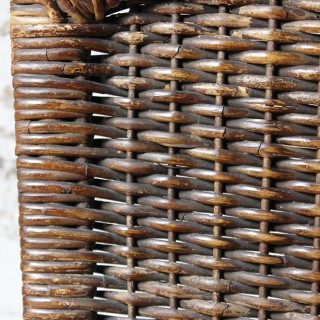 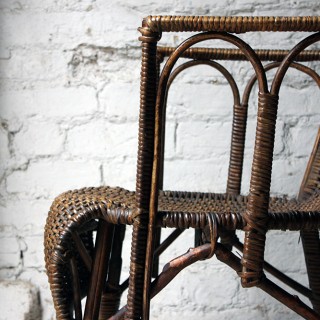 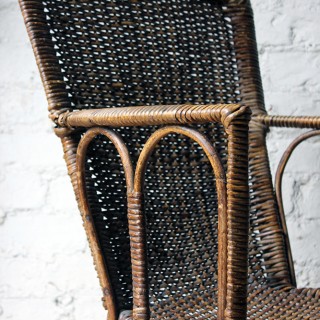 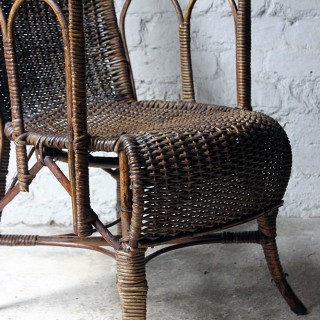 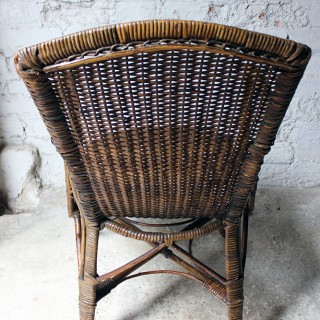 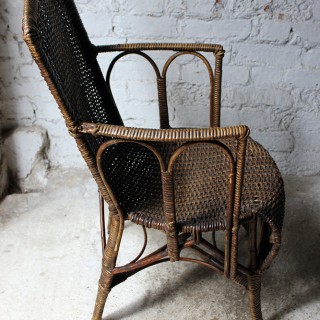 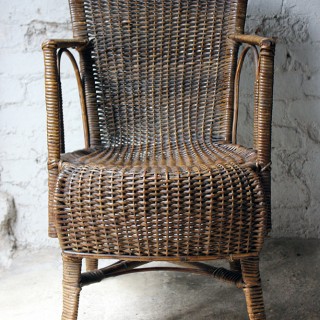 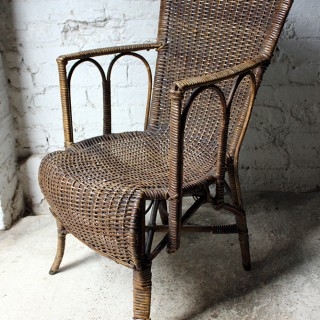 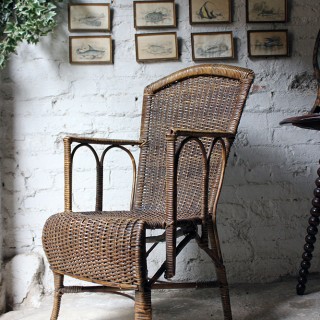 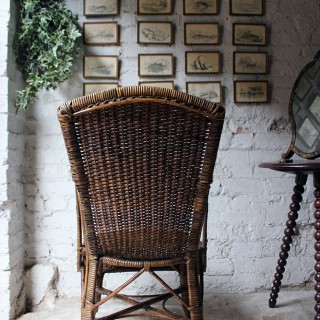 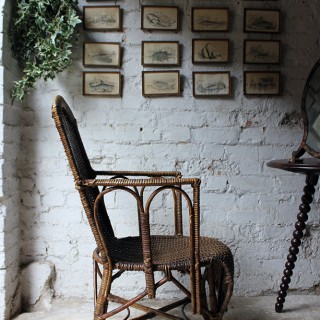 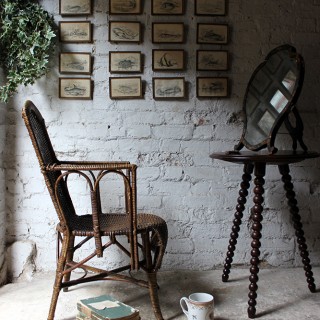 The beautifully sculptural wicker frame, probably made by, or certainly in the manner of, Dryad, having elegantly shaped arm supports, the whole with a superb patination to the wicker surviving from the Edwardian period England.

Bamboo and wicker was the material of preference in Edwardian times. This added to the already delicate and breezy nature of the style and the lines seen in this piece are a real contrast to those seen in the heavier more ornamental high-Victorian style. This chair was most likely designed by Harry Peach and made by the Dryad Company in around 1910.

By the early 20th century, Leicestershire in England was established as Britain’s rattan weaving region, mainly thanks to Arts and Crafts Movement enthusiast Harry Peach, who founded Dryad Cane Furniture in Leicester in 1907. Peach set up the firm along with Benjamin Fletcher who had just returned from Austria where he had absorbed the influences of Moser, Hoffmann and Behrens for example. The firm employed over 50 workers and moved in 1911 to large new premises in St Nicholas Street, Leicester. The success of Dryad encouraged rivals to imitate its approach and new businesses to set up in competition.

A perfect period chair for an orangery, conservatory or a place where one digests hot drinks with a suitable read.

The chair has a very good patina to its carcass and remains in nice original order, standing well, with some expected movement, and is overall in sound condition but with some losses to note and small damages. There is one piece missing to the stretcher and a few small pieces loose to other areas, such as to the lower section of one of the front legs, but they don’t appear to be causing any problems to stability. Having said that the chair is designed to be used lightly so it’s design does not suit heavy use. It does remain strong enough to be used if one is not too large in frame! The feet do have the original pressed metal cups to them.