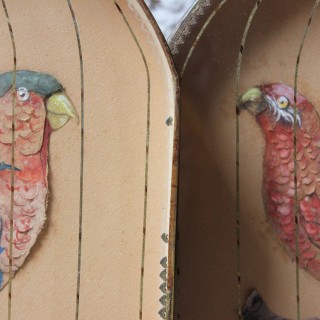 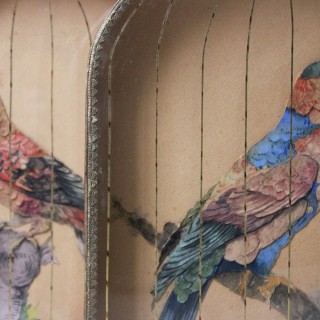 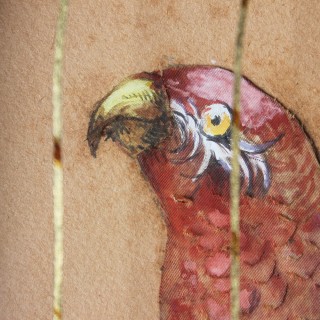 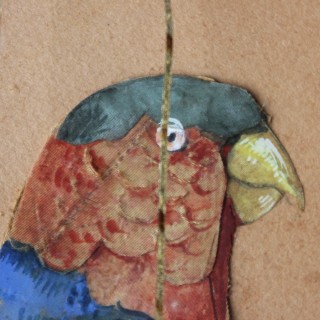 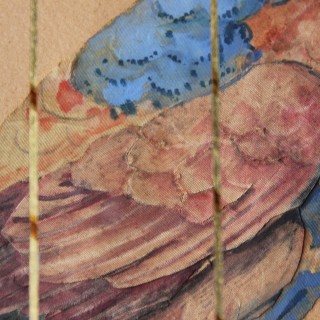 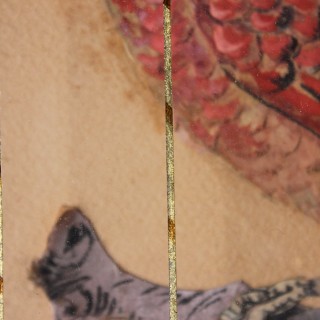 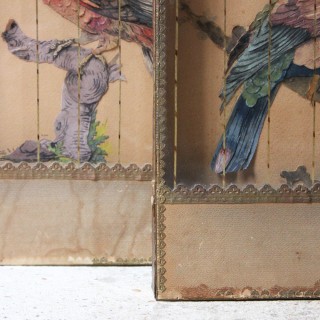 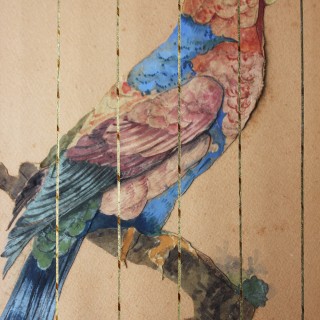 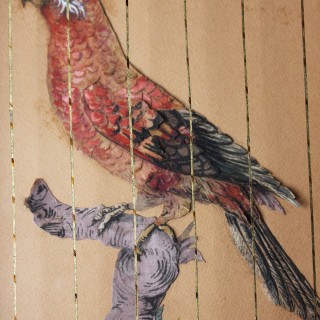 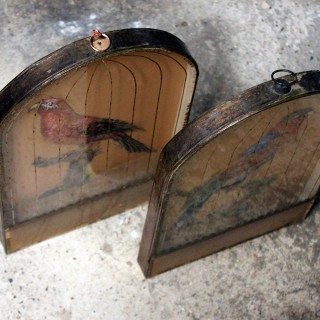 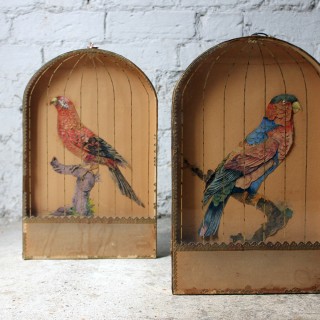 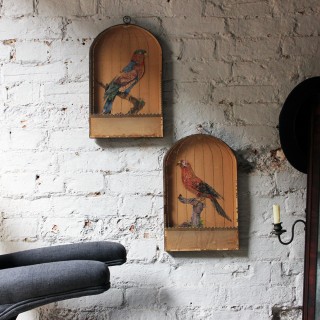 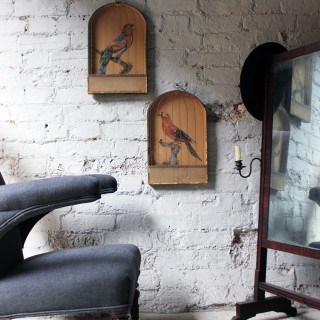 The beautiful, and possibly unique, pair of opposing paper appliqué pictures of African parrots, each hand coloured in paper and perching on water-colour/gouache branches, the birds behind gilded threads mimicking the bars of a cage, each being glazed and with faux leather borders and surviving from the first quarter of the nineteenth century, and more than likely from Italy.

Although quite similar in technique to rolled paper or quillwork pieces we can’t find anything quite the same as these works in this style. Birds were kept all too often in cages at this period of time; at one point, parrots were only housed in fanciful cages to roost. Ornamented and structurally lavish cages became popular among the noble classes in Europe around the 14th century. Experts and collectors agree that of these early cages, the most talented artisans were the French and the Dutch. In France, a guild of cage makers was licensed and chartered by royalty to fabricate cages generally made of iron or brass wire. These guilds of artisans made cages specifically for male and female songbirds. At the same time, in other areas of the world, cages were being built out of bamboo, wicker, wood, rattan and reed. These pictures are a charming attempt to replicate the idea of keeping an exotic bird, but without the upkeep.

Rare, unusual, and probably unique, this pair provides the perfect alternative to caging the real thing, and far more original they are too.

The pictures do have some areas of and loss to faux leather borders, as per the photographs, and one of the hanging hooks is a later replacement. The glass appears to be original and the colours to the birds are still vivid. There is some discoloration to the lower base sections with some water-marks. Overall they remain very attractive in their entirety.