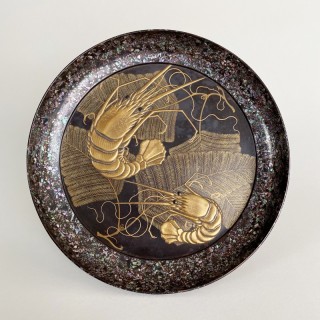 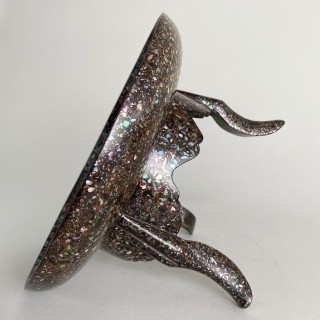 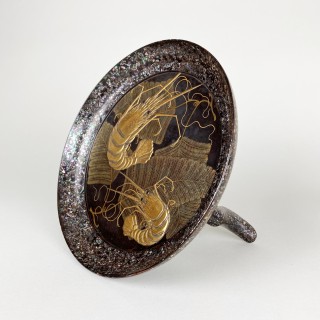 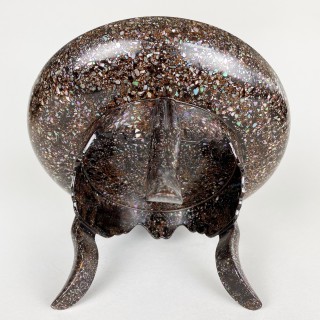 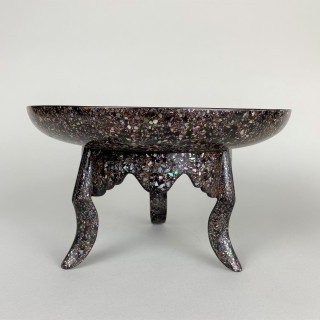 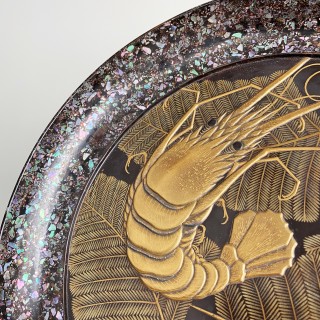 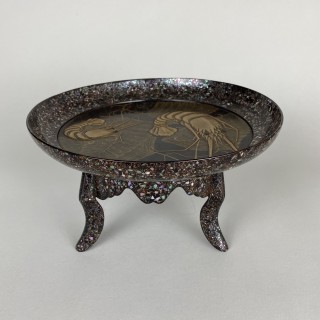 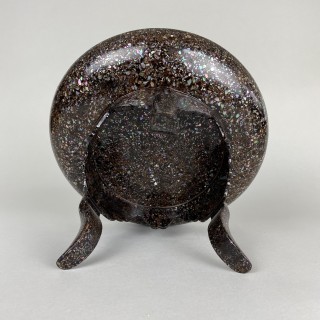 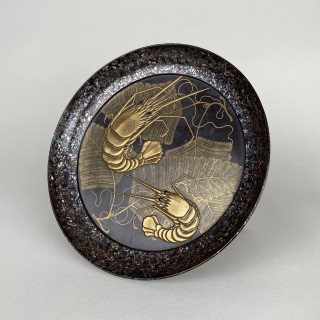 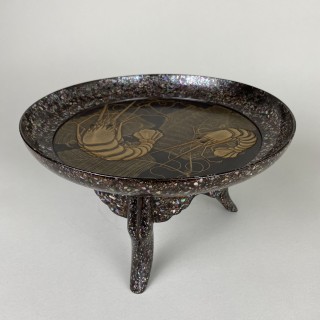 Shrimp is a food staple in Japan, and as such is featured in their folk tales and artworks. Legend has it that the shrimp got it’s shape from sleeping in the nostril of a large fish which then sneezed, hurling the shrimp into a cliff. The segmented structure of the shrimp similar to samurai armour lends itself to being reproduced in metal form.

In Japan an offering stand is often found in Buddhist temples or homes, it is used to offer items such as apple, oranges or other exotic fruit to Gods or deities. Sometimes objects representing a departed family member will be placed upon the stand.