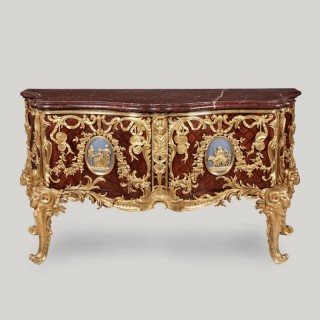 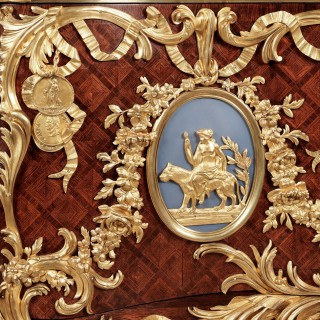 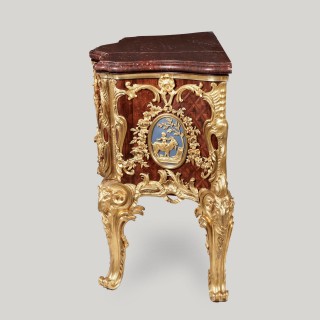 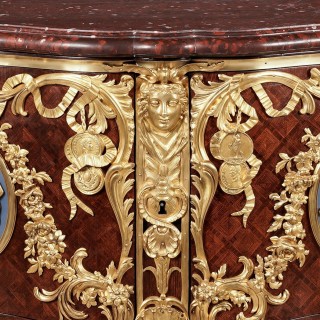 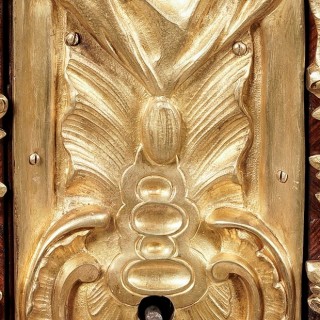 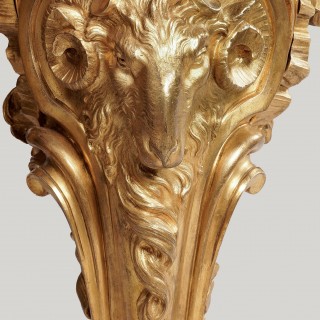 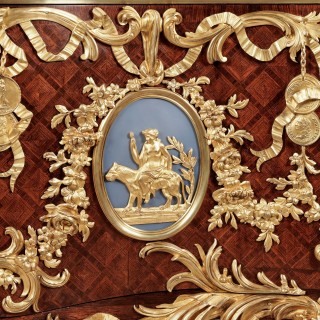 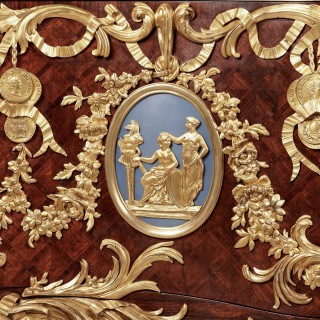 A Commode à Vantaux in the Louis XV Manner

A Commode à Vantaux
in the Louis XV Manner

After the original by Antoine-Robert Gaudreaus (c.1682-1764)
Residing at the Château de Versailles

Better known as the ‘Médaillier du roi’ and made to house the royal collection of medals for Louis XV, this commode is an incredibly faithful version constructed using the same methods and materials, luxuriously ormolu-mounted on a kingwood ground in a “Roman floor” mosaic pattern; supported on four bronze cabriole legs terminating in ram’s heads, the serpentine-fronted commode with concave sides profusely dressed with gilt bronze scrolling acanthus leaves, floral garlands and ribbons suspending a collection of medals; a series of four cartouches on a blue ground referencing classical figures including Hercules and Diana; opening to reveal a shelved interior and the whole surmounted by a griotte rouge marble top.

Several of the most highly skilled Parisian ateliers received commissions during the late nineteenth century to produce this commode, including craftsmen such as Henry Dasson and François Linke. Although many of these makers took liberties with the materials and techniques, this commode remains faithful in its use of Griotte Rouge marble for the platform top. An example by Beurdeley was sold in 1895 in his second sale of effects, and another was made for the Marquess of Hertford, both notably also with Griotte Rouge marble tops.
French, circa 1880

A Commode à Vantaux in the Louis XV Manner