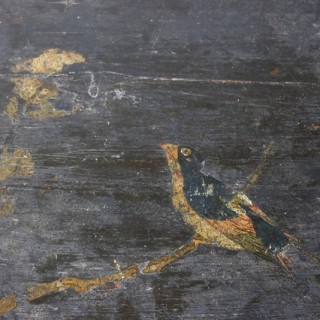 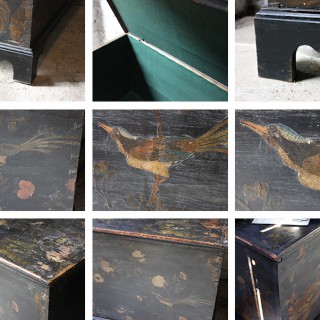 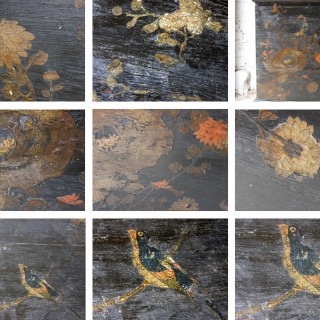 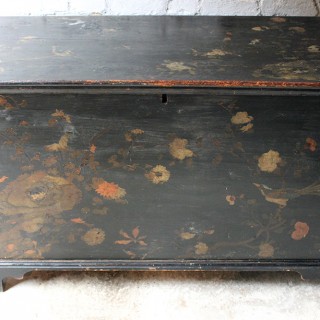 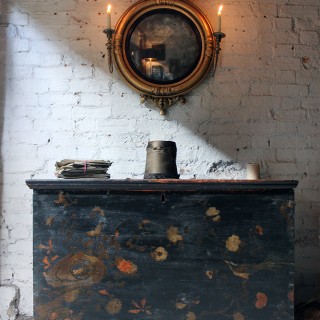 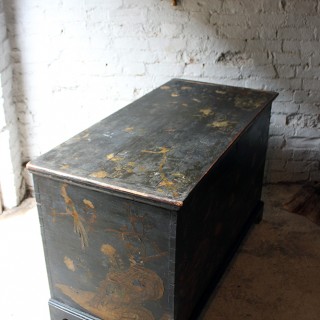 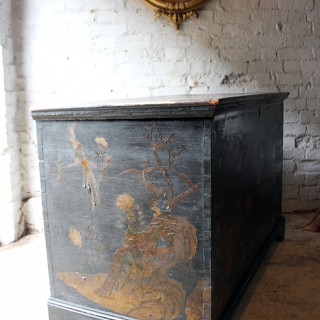 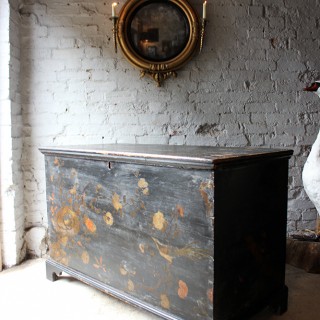 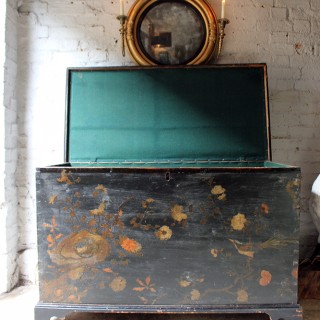 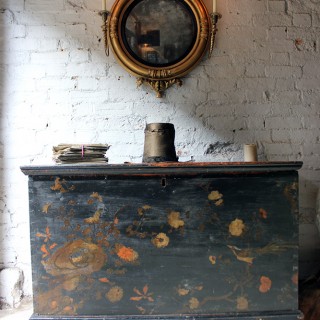 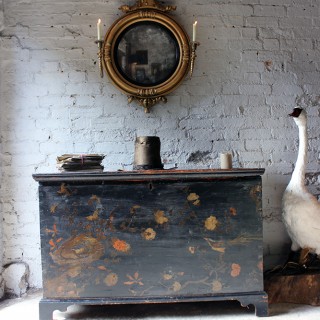 The early nineteenth century decorative painted and lacquered pine dovetailed carcass chest or trunk probably later decorated with decoupage in the chinoiserie style, depicting flora and fauna with an array of birds, the sides with further decoration, opening to reveal a roomy vacant baize lined interior surviving from George III period England and then decorated in the late Victorian era.

The fine art of chinoiserie has been in existence since the 17th century, and it depicts Chinese style designs applied to furniture, ceramics and fabrics. Chinoiserie is wonderfully beautiful, and tends to depict realistic and fictitious animals, insects, people, foliage, structures and various other elaborate Asian designs that can be incorporated into a number of decorating themes.

Decoupage, from the French ‘to cut’, can trace its roots to the twelfth century in China and Siberia, where Nomadic tribes cut out felts that they used to decorate or honour the tombs of the dead. Decoupage became even more popular during the nineteenth century with women who considered themselves fashionable used cut-outs to dress up screens and furniture with unique designs. The craft was especially popular with England’s upper and growing middle classes. During the twentieth century, people would decoupage everything from their purses to their dressers.

The condition of the chest is truly country house, i.e. lived in but thoroughly evocative. There are cosmetic deficiencies to the lacquer to note; and overall a fair amount of wear to all of the paint work with some blooming of the varnish and loss of the decorative decoupage work to all sides. The piece has been oiled and gently waxed by us but care is needed as the decoupage is delicate in places. The top has two old splits running from left to right along with various surface dents, whilst the front is as equally worn as the sides, where some of the decoration is lifting. The back of the trunk is plain black and the interior is lined in a later green baize. The lock is loose from the carcass but remains in the piece with a key and can be fitted at request.