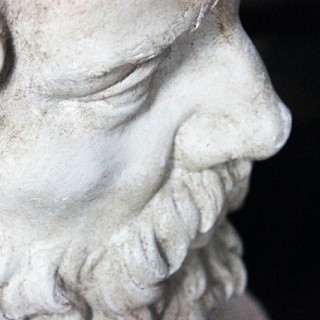 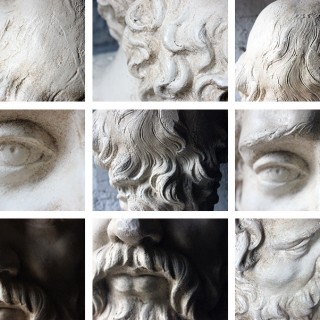 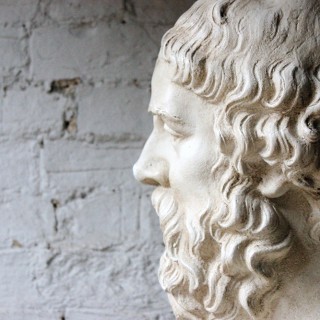 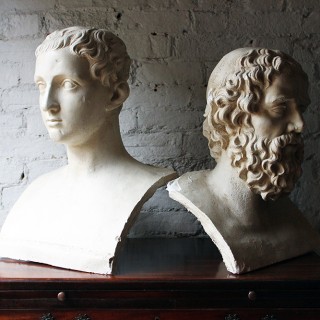 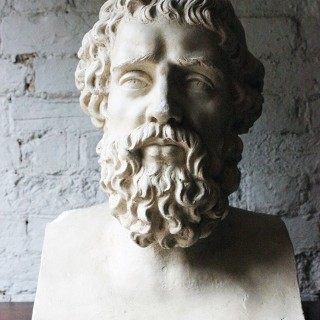 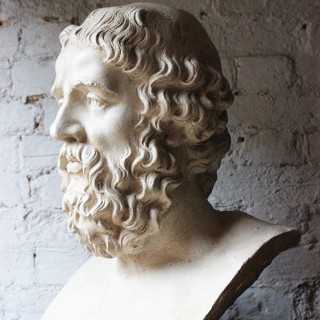 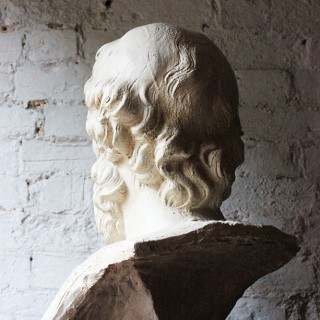 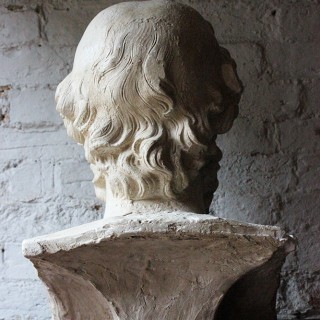 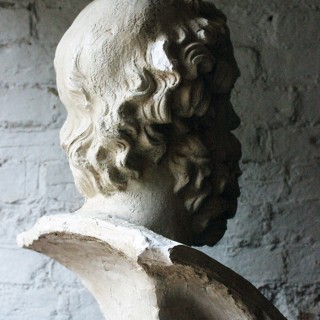 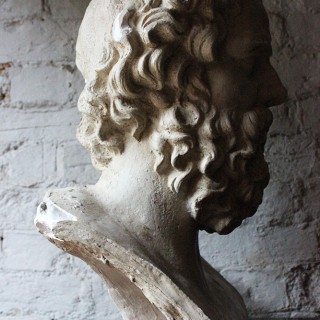 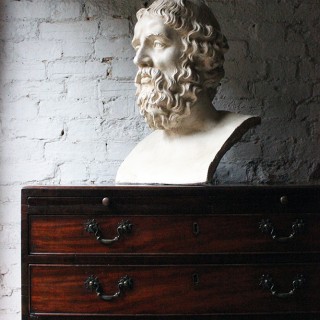 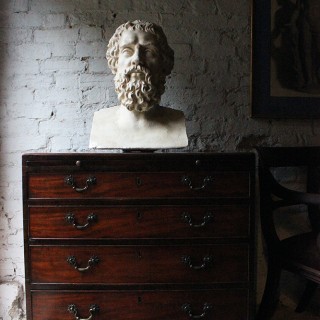 The well-sized bust of a bearded Greek philosopher in the classical manner, survives from the late nineteenth century.

Greek sculpture broke free from the artistic conventions, which had held sway for centuries across many civilizations, and instead of reproducing figures according to a prescribed formula, they were free to pursue the idealised form of the human body. In the Classical period, Greek sculptors would break off the shackles of convention and achieve what no-one else had ever before attempted. They created life-size and life-like sculpture which glorified the human and especially nude male form. Figures become sensuous and appear frozen in action; it seems that only a second ago they were actually alive. Faces are given more expression and whole figures strike a particular mood.

This mood is particularly striking.

The condition of the bust is pretty good throughout. There are no signs of restoration so he remains in nice un-meddled with order with some pitting and knocks to the noses and two chunks missing to corner extremities, and other slight blemishes all in keeping for good character. This bust is a Victorian cast, most likely of an ancient example, but we do not know who the sitter is.