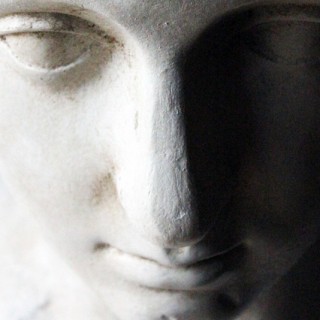 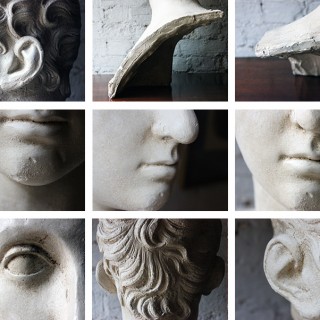 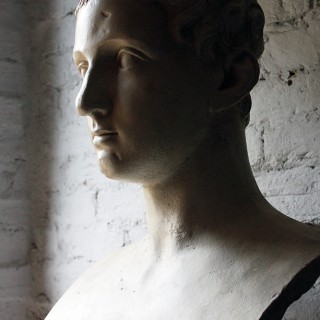 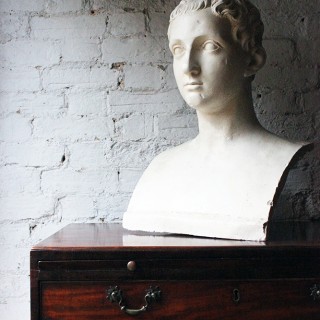 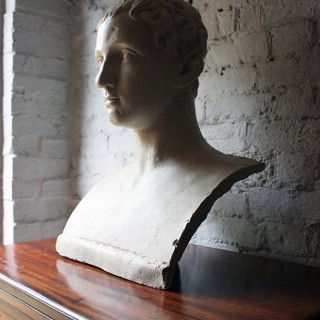 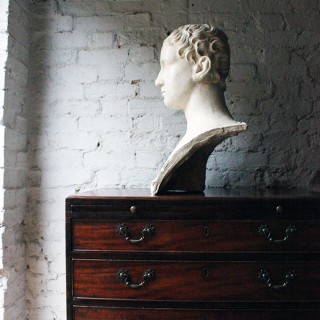 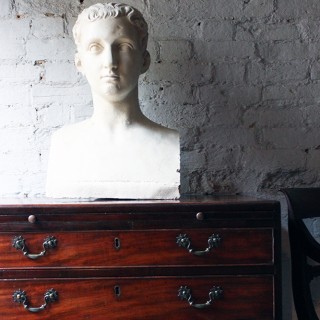 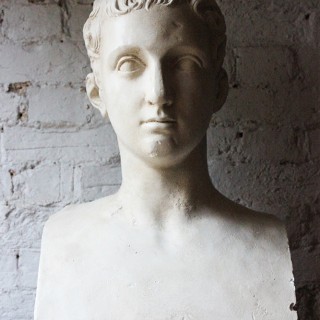 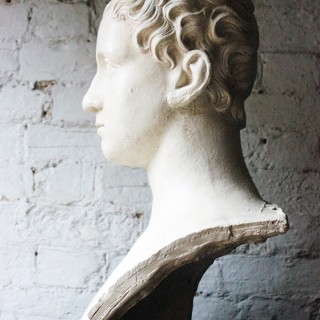 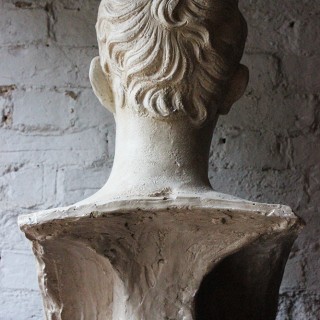 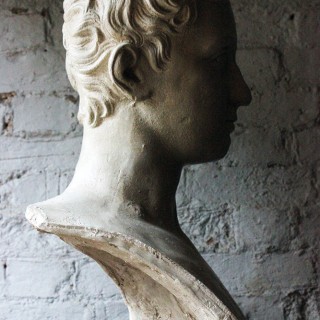 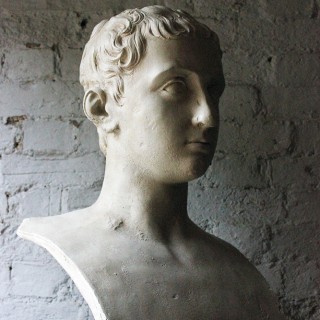 The large plaster bust of a Roman youth or young gentleman in the classical Julio-Claudian (mid-late 1st century AD) style survives from the late nineteenth century.

Wealthy Romans were having their own or their children’s portraits carried out by the late 1stC ad. and though Roman private portrait sculpture was most closely associated with funerary contexts. In the Republic, public sculpture included honorific portrait statues of political officials or military commanders erected by the order of their peers in the Senate. These statues were typically erected to celebrate a noted military achievement, usually in connection with an official triumph, or to commemorate some worthy political achievement, such as the drafting of a treaty. Roman portraiture is also unique in comparison to that of other ancient cultures because of the complex and ever-evolving stylistic treatment of human features and character.

The condition of the bust is pretty good throughout. There are no noticeable chips or cracks and no areas of loss. There is an all-over weathering to the piece being consistent with age, the finish worn in the extremities. This bust is a Victorian cast, most likely of an ancient example, but we do not know who the sitter is.