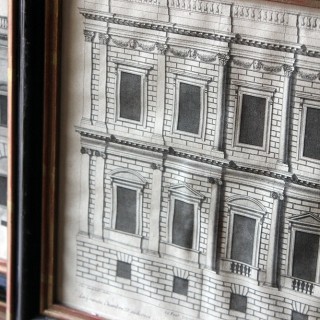 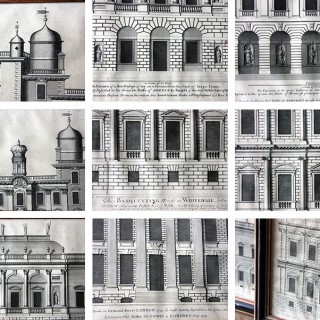 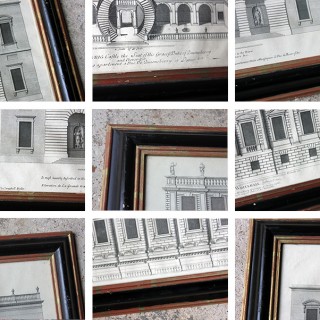 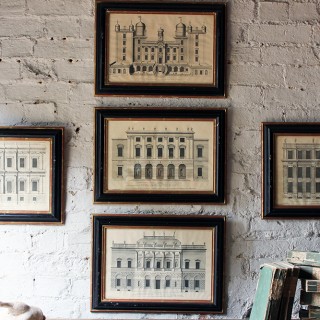 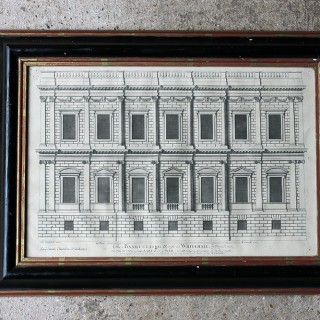 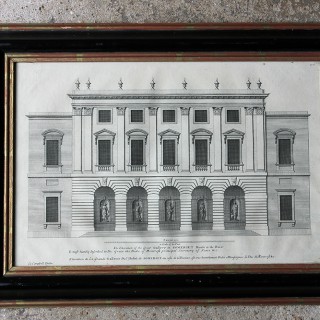 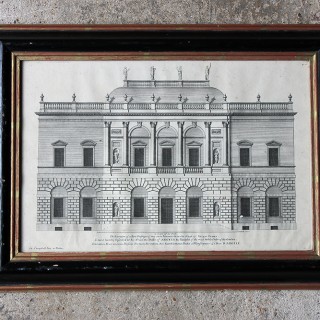 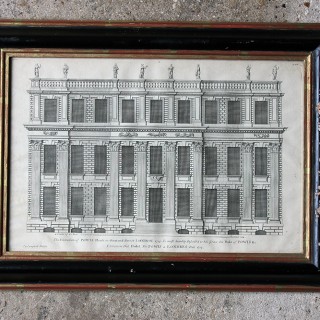 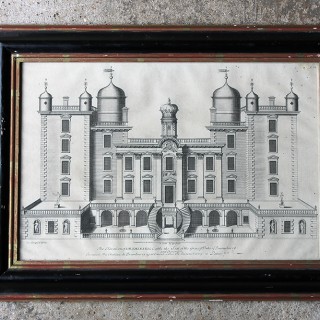 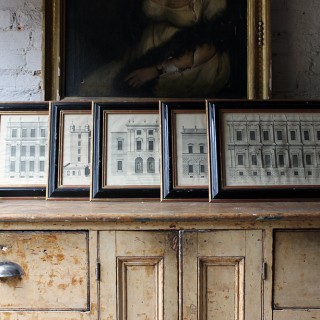 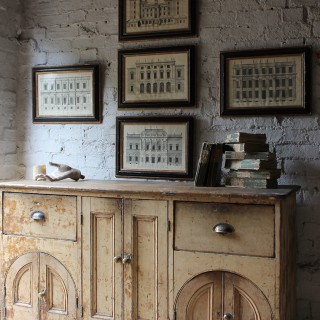 The decorative group of five prints drawn and engraved by Colen Campbell, framed and glazed, showing facade elevations of various country houses in the United Kingdom and each surviving from the first quarter of eighteenth century England.

The five plates offered are as follows:

Colen Campbell was perhaps more responsible for the growth in popularity of Palladian architecture in England than any single architect. Together with his patron, Lord Burlington, Campbell transformed a nation’s vision of what a grand stately home should be, and helped shape the style that became the norm for the grand country houses of 18th century Britain.

Vitruvius Britannicus is the indispensable for the study of 17th and 18th-century architecture in England, and occupies its own place in architectural history as the book which established Palladian architecture as the approved style for Britain in the 18th century. The book and the patronage of Lord Burlington helped launch the neo-classical Palladian movement in England, and set the pattern for the design of most of the great country houses for the next century. Campbell’s promotion of classical design came at the time when the ‘Grand Tour’ was becoming popular among young nobles. Many young men (and later, young women) were travelling to Italy and Greece seeing the marvels of classical design for themselves, and becoming inspired to bring that same sense of classical style and proportion back to Britain.

Buildings were shown in plan, section and elevation, but also some were in a bird’s-eye perspective. The drawings and designs contained in the book were under way before Campbell was drawn into the speculative scheme. The success of the volumes was instrumental in popularising neo-Palladian Architecture in Great Britain and America during the 18th century.

Colen Campbell issued the first three volumes between 1715 and 1725. From the set of 375 large engraved illustrations, plans and sections of palaces, country houses, government offices and churches designed by architects from Inigo Jones onwards, with extensive coverage of Wren and Vanbrugh and of Campbell’s own designs in the new English Palladian style.

The plates are in generally good overall order. There is some dirt under the glass and some light discoloration or water marks to the page edges in places but the diagrams and annotations remain in tact so this only serves in adding some more character. The frames are late twentieth century and in keeping.