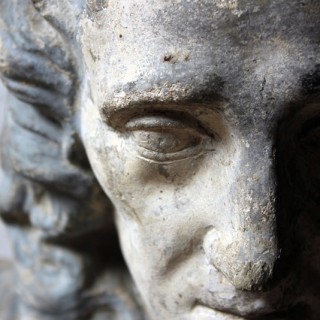 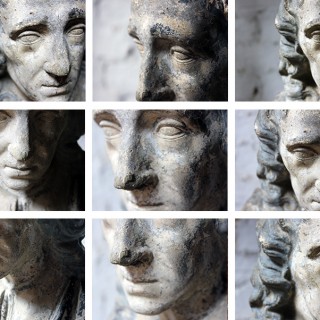 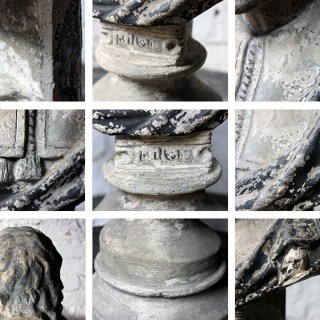 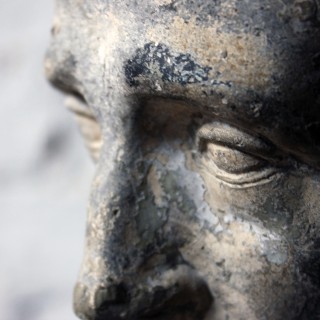 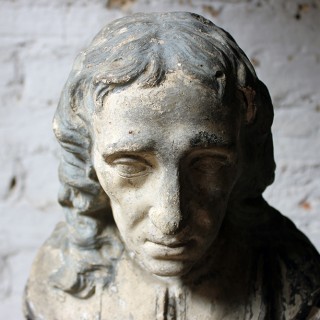 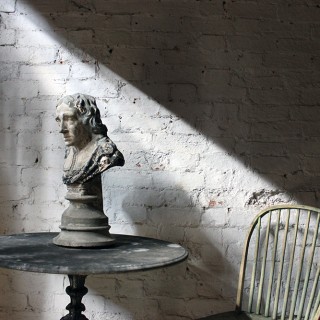 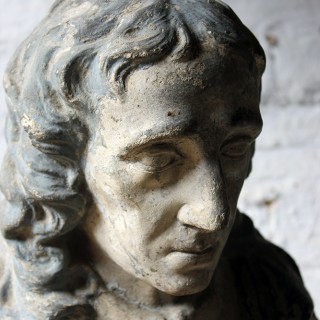 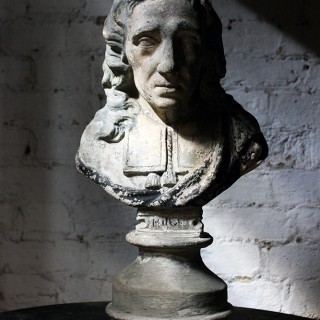 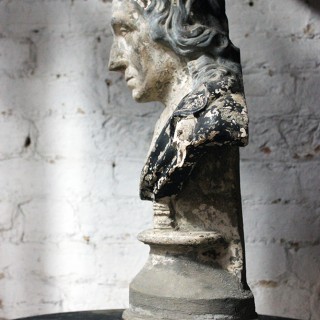 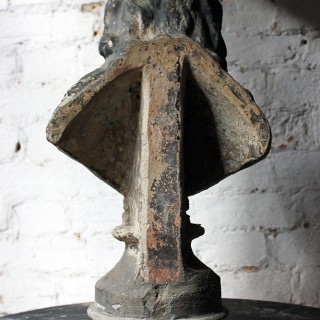 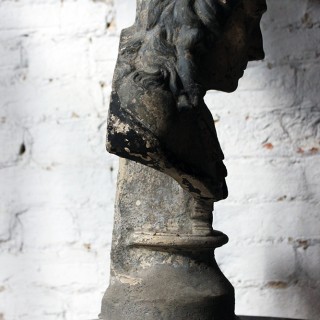 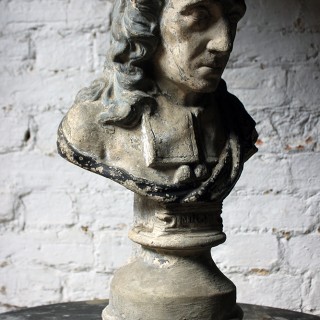 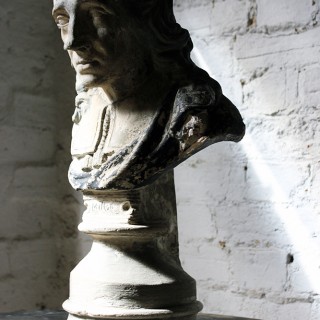 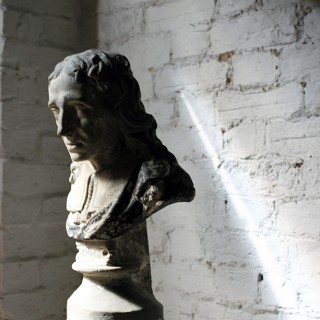 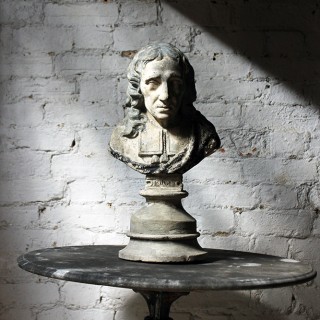 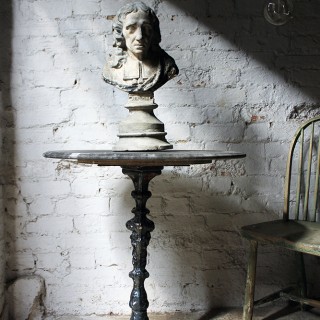 The late Victorian painted plaster library bust of John Milton (1608-74) wearing ceremonial robes and with a central cartouche reading ‘Milton’ on a weighted waisted socle base, survives from the late Victorian period in beautifully decorative condition.

John Milton (9 December 1608 – 8 November 1674) was an English poet, polemicist, and man of letters, and a civil servant for the Commonwealth of England under Oliver Cromwell. He wrote at a time of religious flux and political upheaval, and is best known for his epic poem Paradise Lost (1667), written in blank verse. Milton’s poetry and prose reflect deep personal convictions, a passion for freedom and self-determination, and the urgent issues and political turbulence of his day. Writing in English, Latin, Greek, and Italian, he achieved international renown within his lifetime, and his celebrated Areopagitica (1644)—written in condemnation of pre-publication censorship—is among history’s most influential and impassioned defences of free speech and freedom of the press. William Hayley’s 1796 biography called him the “greatest English author”, whilst William Blake considered Milton the major English poet and to this day he remains generally regarded “as one of the preeminent writers in the English language”.

Like the busts of Shakespeare and Locke, this portrait of Milton first appears in plaster at the Wren Library, Cambridge, in the 1750s, which, is attributed to the great John Cheere. There is a fine bronzed bust at West Wycombe Park, Buckinghamshire, and a later one signed by Sarti at Wimpole Hall, Cambridgeshire. The model was probably based on a famed marble bust by Rysbrack (1739, Westminster Abbey, or Stourhead, Wiltshire), or an engraving by Vertue. Evidently the present model remained popular for some time. At St Paul’s School, London, there is a good marble copy signed by Matthew Noble and dated 1866 and this example would have been a revival of those that preceded it.

Whether you are a fan of the great man and his principles or not this is a wonderfully decorative bust, beautifully untouched and un-meddled with and as such is very evocative of libraries, dusty books, and illuminating conversations.

The condition of the bust is simply wonderfully decorative with the original paint having worn off in several areas and with the whole now of a beautiful sea green grey colour overall and with the piece not having any restoration or over-painting; it remains a joy. There is a small section of loss to the base , a small section to the hair and a repair to the nose. The weighted base gives it a nice quality overall feel.