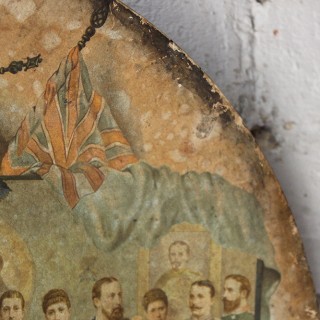 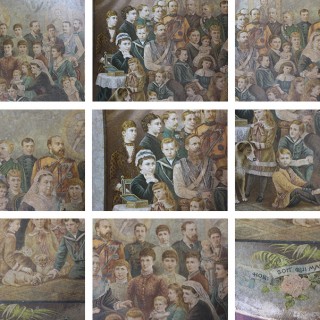 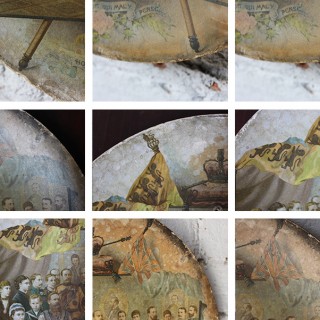 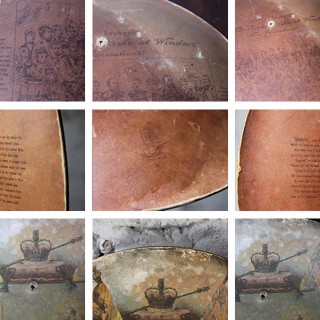 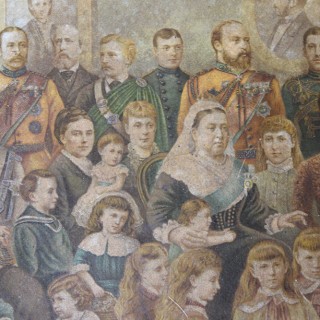 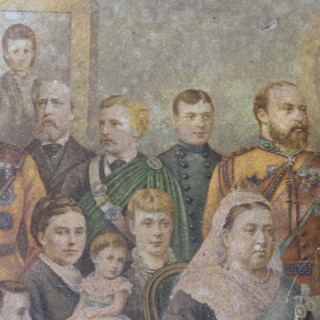 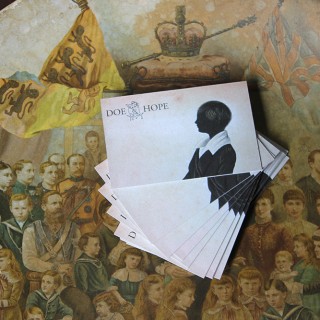 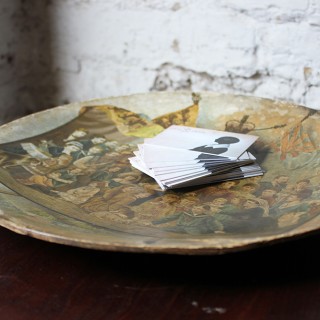 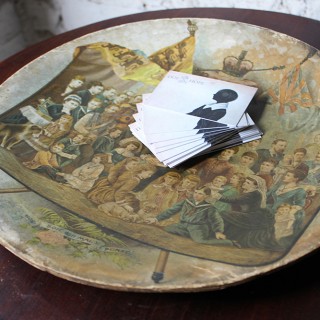 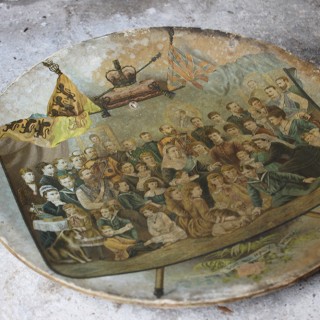 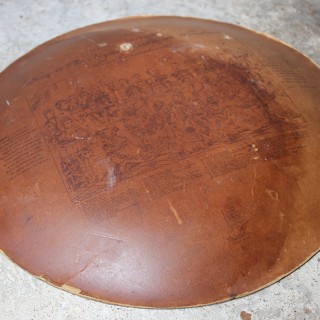 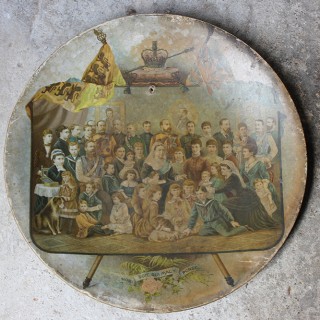 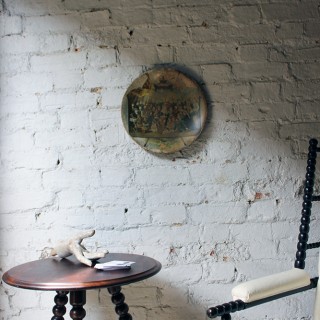 Of Royalist interest, the Queens Jubilee papier-mache plate having an attractive polychrome depiction of 48 members of Queen Victoria’s extended family; ‘the royal circle at Windsor’, made by Raphael Tuck & Sons in 1887, with numbered key and poetic verse verso, surviving from the zeniths of the Victorian period.

Raphael Tuck & Sons was a business started by Raphael Tuck and his wife in Bishopsgate in the City of London on October 1866, selling pictures and greeting cards, and eventually selling postcards, the latter being the most successful. Their business was one of the most well known in the ‘postcard boom’ of the late 1800s and early 1900s. Their contributions left a lasting effect on most of the artistic world. During The Blitz, the company headquarters, Raphael House, was destroyed including the originals for most of their series. The company never fully recovered.

The plate has a hole to the top section where it has been hung on the wall with a nail, as you would a picture. Elsewhere the whole is in nice decorative condition with some wear and fading, with some nibbling at the edges, making it rather more attractive than it already was as new. The key to the reverse is legible.