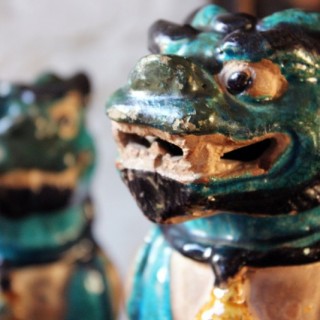 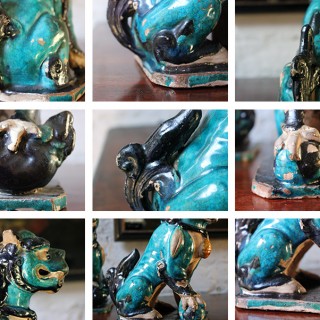 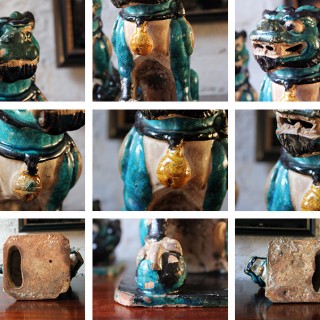 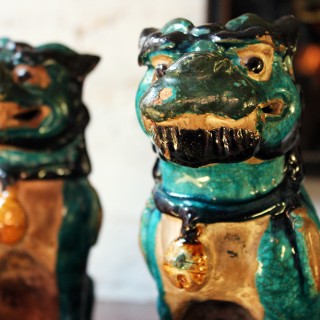 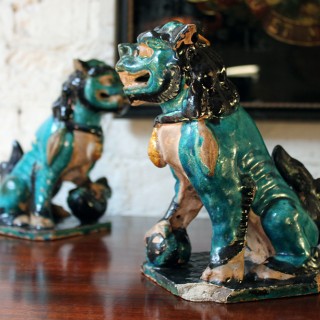 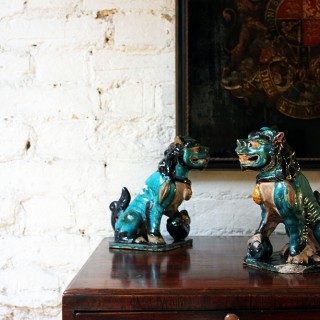 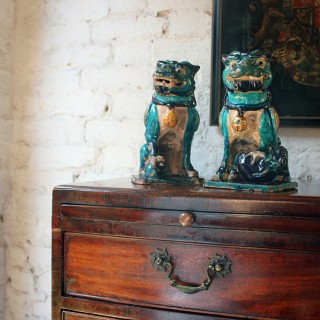 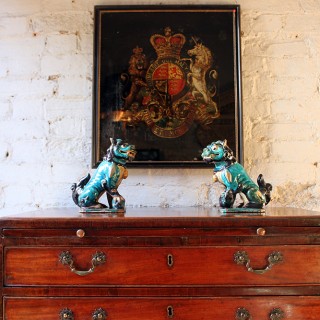 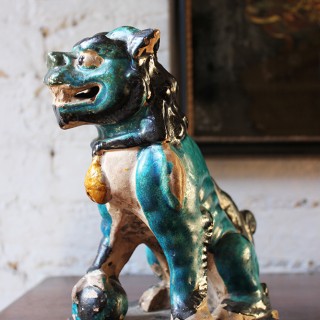 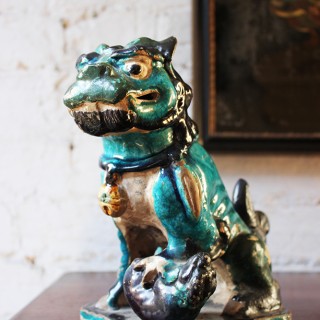 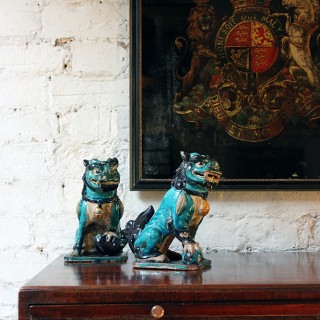 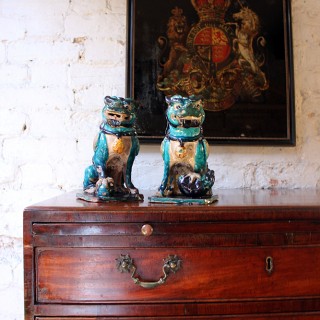 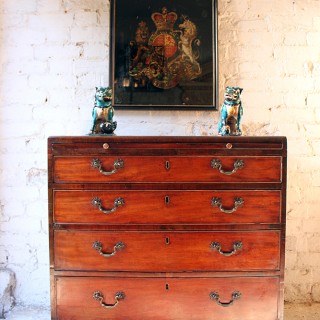 The pottery Dogs of Fo having turquoise yellow and purple glazes, typically shown with one holding a cub under her paw and the other a brocade ball under his, each dog with traditional fierce features and bulging eyes intended as guardian animals to protect the Buddha from evil spirits and surviving from nineteenth century China.

These are Lion dogs or commonly known as Foo dog which are a common representation of the lion in pre-modern China. Statues of guardian lions have traditionally stood in front of Chinese Imperial palaces, Imperial tombs, government offices, temples, and the homes of government officials and the wealthy, from the Han Dynasty (206 BC-AD 220), and were believed to have powerful mythic protective benefits. They are also used in other artistic contexts, for example on door-knockers, and in pottery. The lions are mostly presented in pairs, a manifestation of yin and yang, the female representing yin and the male yang. The female fu lion protects those dwelling inside the home or temple; while the male guards the house or temple from the outside.

Very decorative and full of character, more so than many of their type.

The condition of the dogs is relatively poor. There are large chips, glaze restorations and glaze flakes. They do remain decorative and not in any way tampered with or altered from their original state.