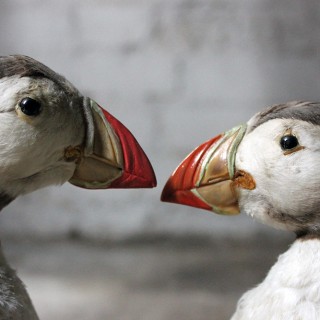 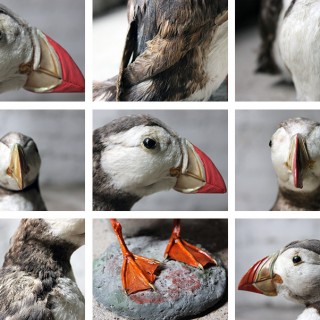 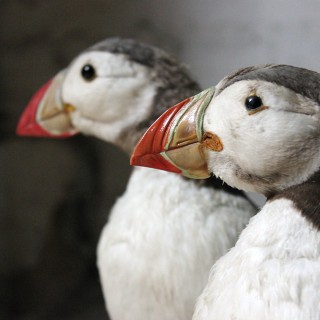 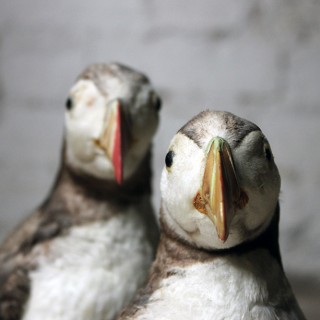 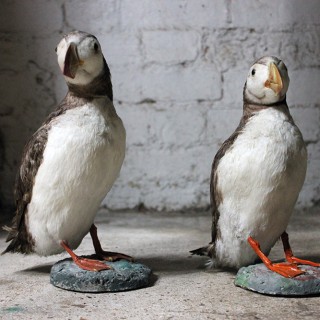 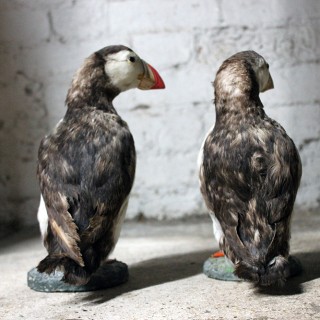 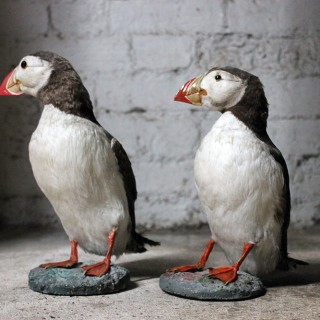 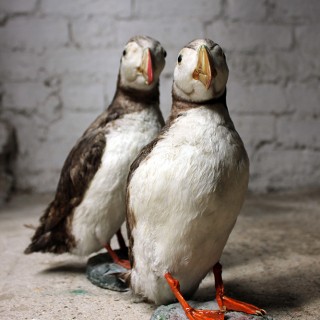 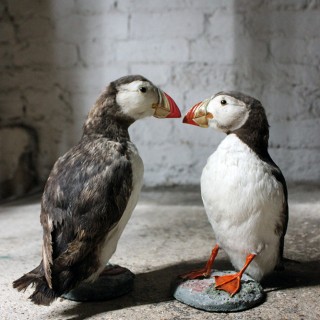 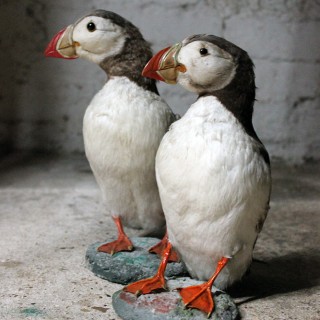 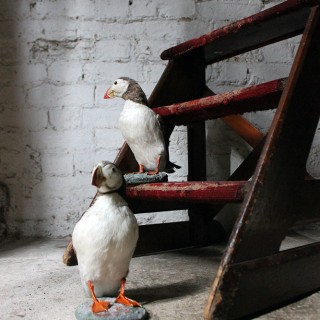 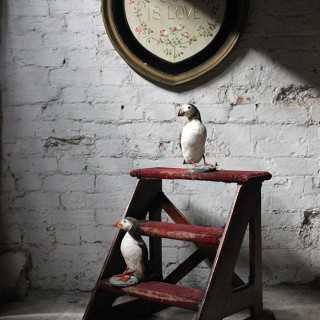 The pair of taxidermic puffins (fratercula arctica) each standing on a naturalistic rocky outcrop bases surviving preserved from the middle section of the twentieth century in good overall condition.

There Once Was a Puffin

Oh, there once was a Puffin Just the shape of a muffin, And he lived on an island In the bright blue sea!
He ate little fishes, That were most delicious, And he had them for supper And he had them for tea.
But this poor little Puffin, He couldn’t play nothin’, For he hadn’t anybody To play with at all.
So he sat on his island, And he cried for awhile, and He felt very lonely, And he felt very small.
Then along came another, to his surprise and glee, and he was relieved from all bother, as they fast became best friends, you see.
So they now play together, In all sorts of weather, And the Puffins eat pancakes, Like you and like me.

Adapted from a poem by Florence Page Jaques