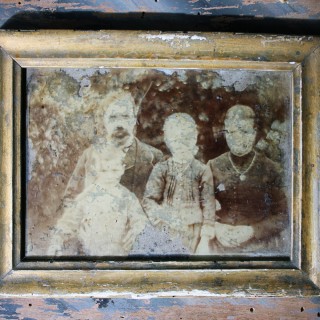 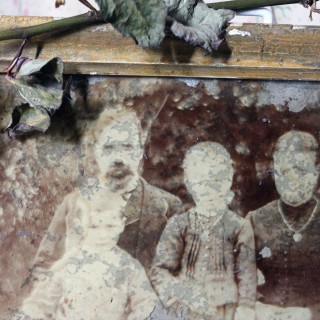 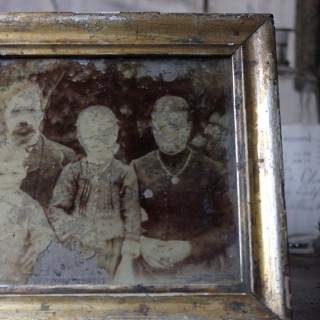 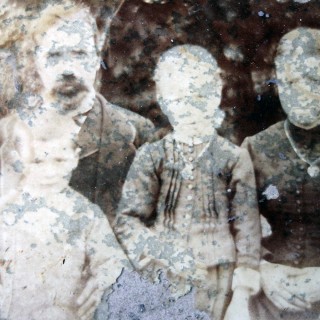 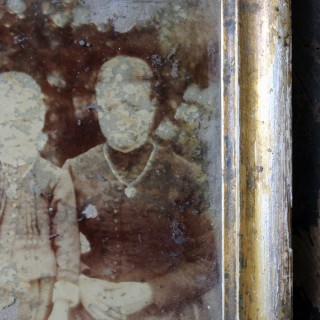 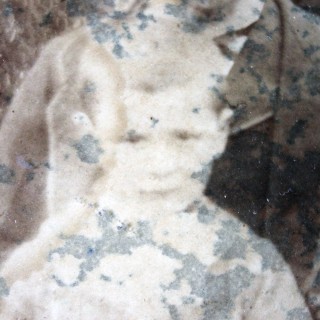 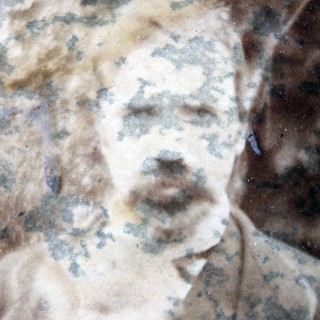 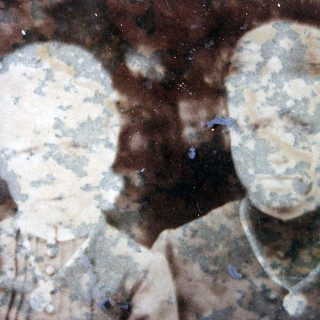 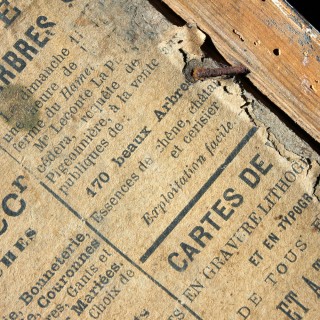 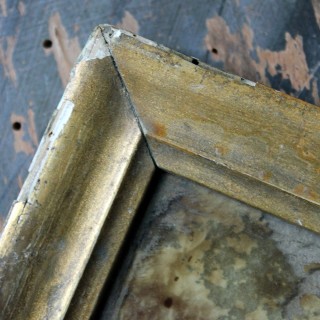 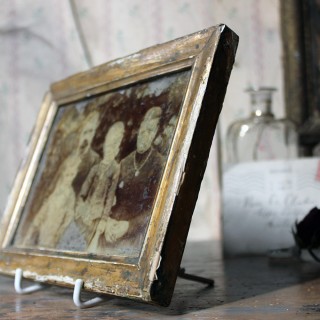 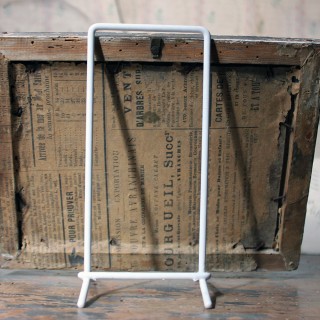 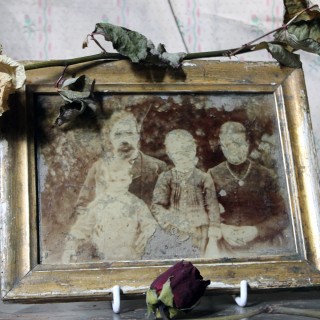 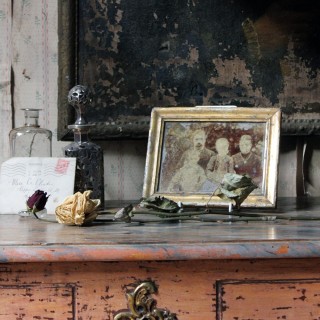 A Distressed Mid 19thC French Framed Daguerreotype of a Family

The good sized early glass plate daguerrotype, showing a family of four, with a boy and a girl with their parents, in its original gilded and moulded frame, the photograph and frame both now wonderfully part decayed and surviving from the middle part of the nineteenth century.

The daguerreotype, was the first publicly announced photographic process, and for nearly twenty years, it was the one most commonly used. It was invented by Louis-Jaques-Mandé Daguerre and introduced worldwide in 1839. By 1860, new processes which were less expensive and produced more easily viewed images had almost completely replaced it. Viewing a daguerreotype is unlike looking at any other type of photograph. The image does not sit on the surface of the metal, but appears to be floating in space, and the illusion of reality, especially with examples that are sharp and well exposed is unique to the process. Several types of antique photographs, most often ambrotypes and tintypes, but sometimes even old prints on paper, are very commonly misidentified as daguerreotypes, especially if they are in the small, ornamented cases in which daguerreotypes made in the US and UK were usually housed. The name “daguerreotype” correctly refers only to one very specific image type and medium, the product of a process that was in wide use only from the early 1840s to the late 1850s.

Tints can range from red rouge cheeks and lips, gold jewellery, watches, Victorian era chatelaines, clothes, buttons, pendants, and mourning and hair jewelry can be found with small swatches of hand coloring, which gives a wonderful hint of richness to the image. Tinting became very popular and is evident on this group.

The condition is wonderfully evocative of its age and both the photograph and frame have not been altered or restored in any way. The paper backing to the reverse gives us a clue that this family may have been living in the Lyon area of France.

A Distressed Mid 19thC French Framed Daguerreotype of a Family