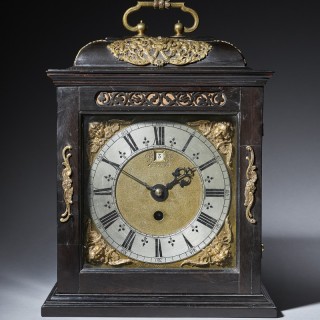 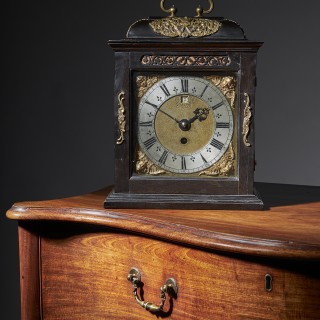 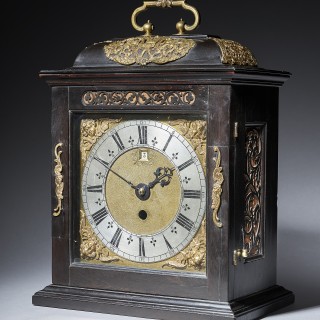 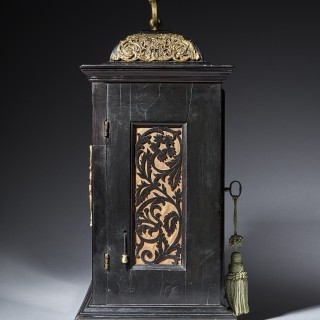 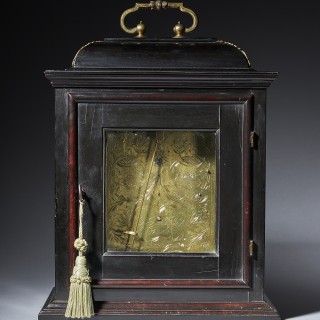 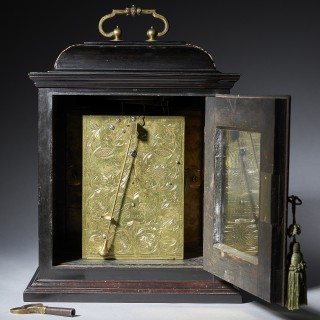 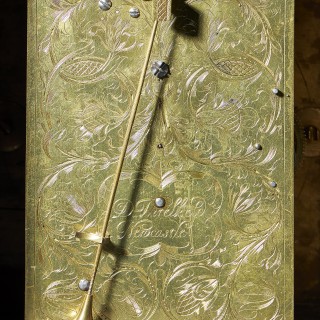 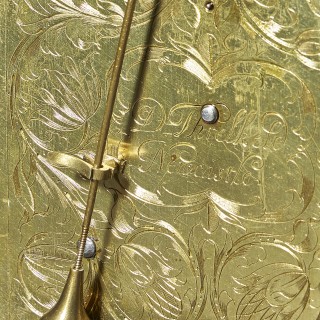 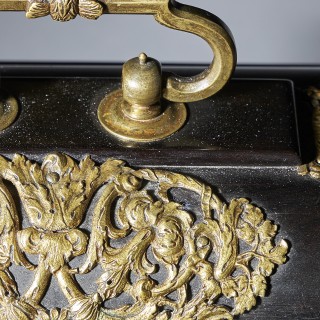 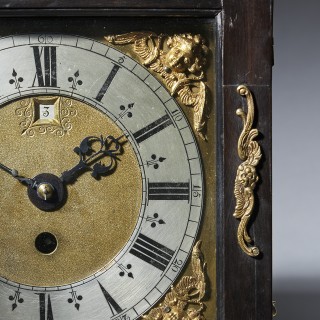 The eminent maker Deodatus Threlkeld (1658-1732) was an apprentice of Abraham Fromanteel, one of Ahasuerus Fromanteel’s sons. The latter can be regarded as the father of English clockmaking as he introduced the pendulum clock in England.

The elegantly proportioned ebony-veneered domed case has original cast brass ornaments to the dome and Knibb-like escutcheons to the front door. Similar to Knibb clocks it has no feet but rests on a rectangular moulded base.

The fine square brass dial with matted center has a narrow applied silvered chapter-ring, date aperture and gilded winged cherub-head spandrels. The chapter-ring is engraved with a narrow outer minute ring within which are Arabic five-minute numerals, a central ring of Roman hours I-XII and half-hour markers and an inner ring divided into quarter-hours. The elegant original blued steel hands are finely pierced. The dial is signed at the bottom edge D Threlkeld Newcastle.

The eight-day single train fusee plated brass movement has verge escapement with a short knife-suspended pendulum. The backplate is profusely engraved in period style around a typical signature cartouche with the maker’s name: D Threlkeld Newcastle. The movement has Knibb-style pull-quarter repeat on two bells differing in pitch, the larger bell being of the pork pie type.