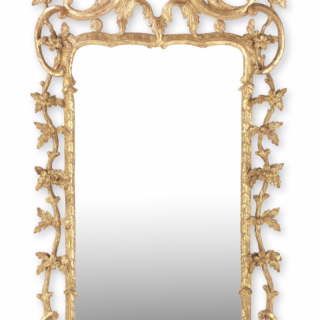 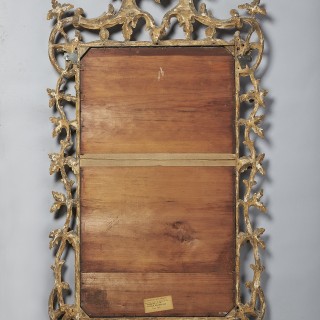 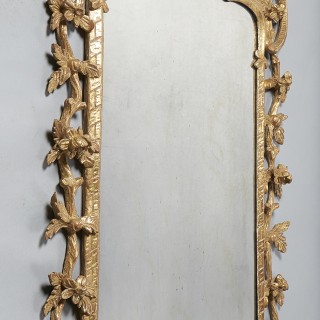 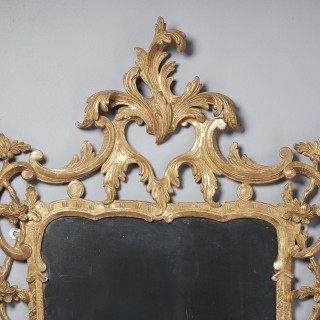 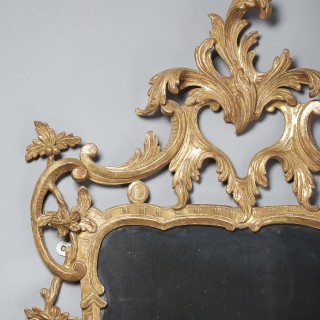 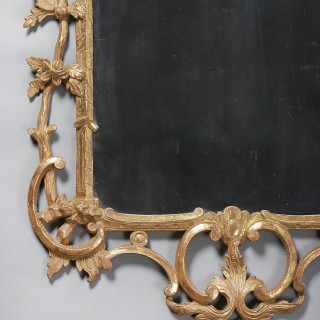 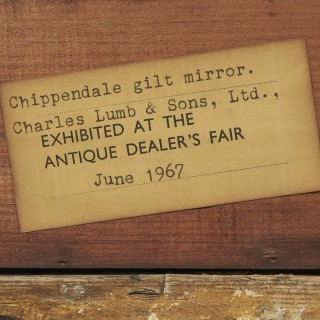 In full rococo form the free flowing cartouche of acanthus leaves in the form of a love heart is off balance, giving the allusion of movement, a sort of life like quality. This detail in itself shows off the high level of skill required which is again demonstrated in the climbing flora to the left and right of the frame which is adorned with C-scrolls also known as ‘French curve or courbe française’. The flora is most likely to be the flowers, leaves and fruit of the fig tree. Figs were imported from France, Spain and Italy to England in the 18th century and were planted on the south walls of stately houses whose aristocratic owners appeared to be the only ones to appreciate them… the lower classes having little regard for figs and often derided them, as in the common saying ‘not worth a fig’. Interestingly, ‘Brunswick’, ‘Brown Turkey’ and ‘White Marseilles’ are still the most commonly grown figs in Britain.

Charles Lumb and Sons were established in c.1907 in Harrogate – Charles Lumb (c.1887-1963) was originally a cabinetmaker and, with his sons Frank and Reginald, and his grandson Tony Lumb, developed into one of the most important antique furniture dealers outside of London.