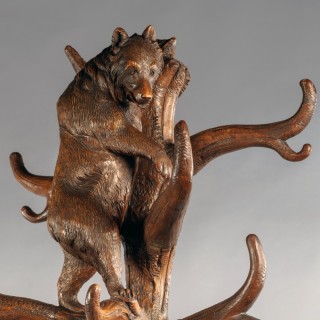 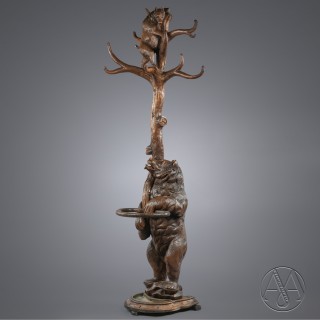 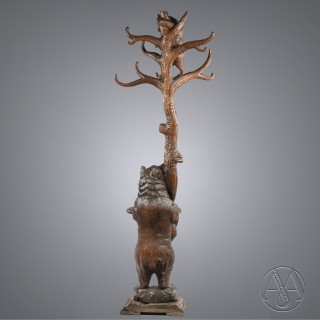 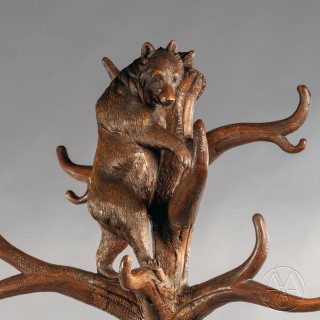 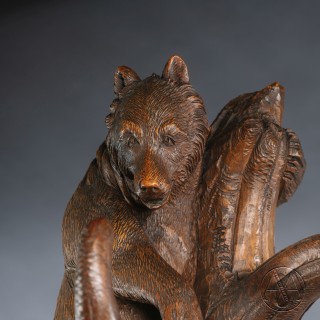 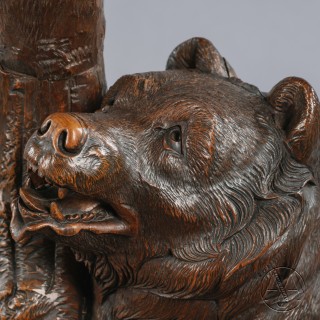 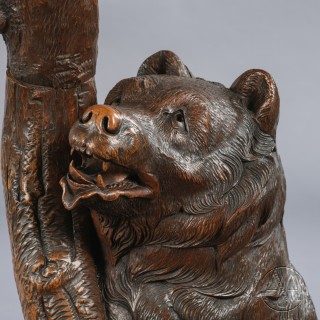 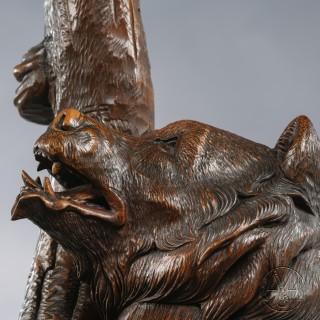 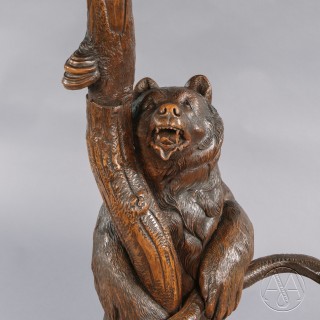 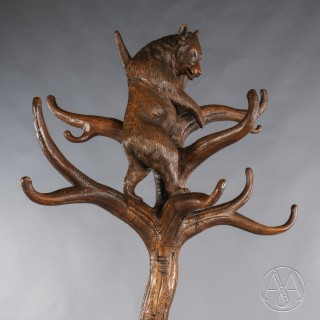 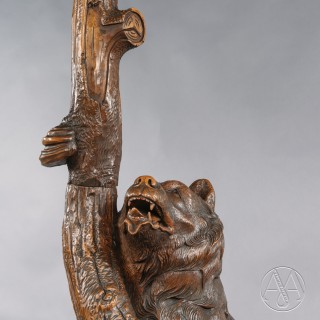 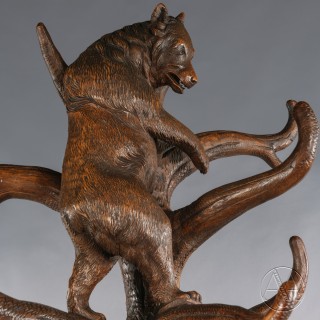 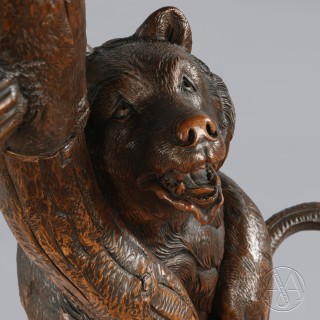 This charming hall stand is naturalistically carved in Linden wood and depicts a standing Black Forest bear next to a tree, with open mouth and eyes watching its young cub in the branches above, one paw supports a looping branch to hold umbrella or walking sticks and the naturalistic base incorporates a shaped drip tray.

After a disastrous famine in 1816, this Swiss town found itself forced to find new avenues of revenue and employment and the Swiss government encouraged the existing timber industry to expand into wooden craftsmanship. Helped by the large number of visitors on the Grand Tour visiting the region, the industry rapidly expanded in the early 19th century with several important firms being founded.

Brienz carving workshops exhibited at many of the great international exhibitions of the period including London 1851, London 1862, Chicago 1893 and Paris 1900. The exhibitions combined with the founding of the Brienz School of Wood Carving in 1884 helped not only to popularise their works but to transform them from popular souvenir items to aspirational works of art.

A museum devoted entirely to the art of wood carving may be visited in Brienz today.