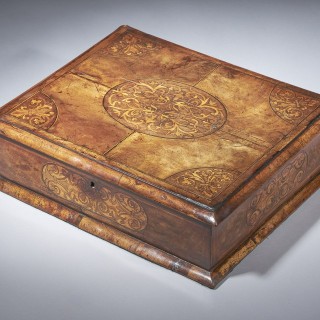 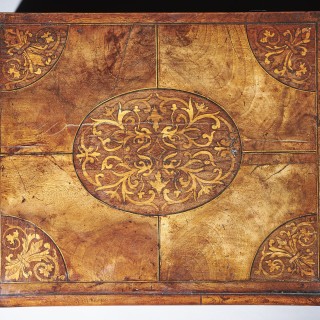 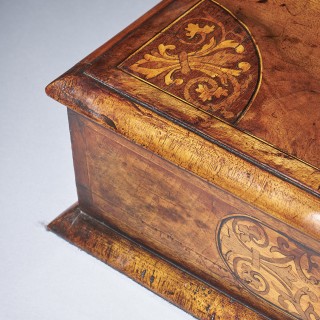 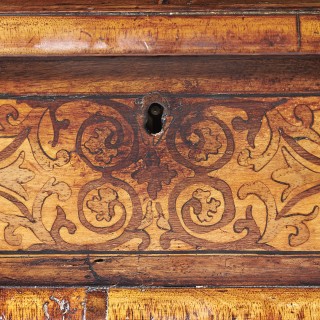 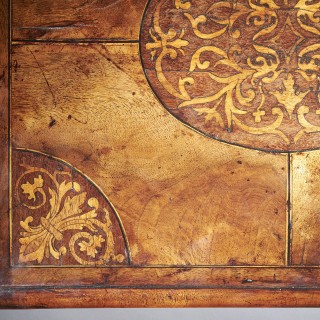 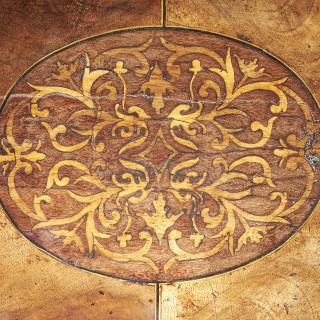 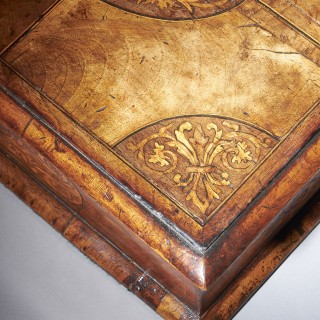 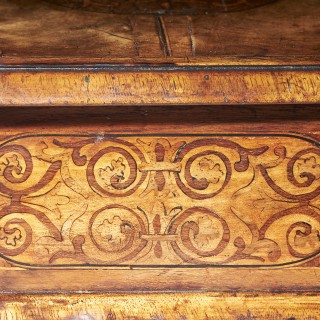 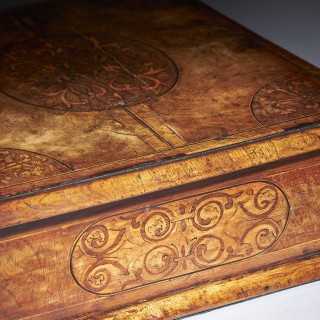 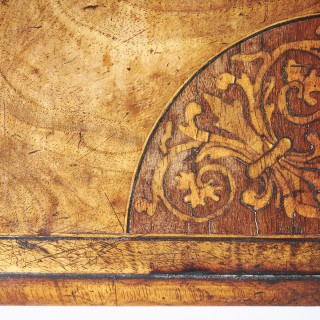 A fine and extremely rare figured walnut and seaweed marquetry ‘lace box’, circa…. let’s break it down – Seaweed marquetry first appeared in English cabinetwork in the late 17th century (Baroque period) though interestingly originated in Italy. Cross-grain mouldings were popular in England from circa 1675-1740, so through the reigns of Charles II, James II, William and Mary, Queen Anne, George I and George II. The long-grain banding around the top and frieze helps to reduce that date down to the last half of the 17th century at least and was used as early as 1660. Taking all into account we can confidently say that this box dates from the last quarter of the 17th century, circa 1675-1690.

The curiously named ‘lace box’ or ‘bible box’ veneered in oyster cut hardwoods such as olive, Kingwood, walnut and marquetry were popular amongst the middle and higher classes of society from circa 1660-1700.

Fantastic and original condition, of great colour and well patinated.