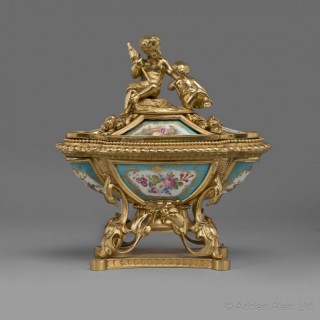 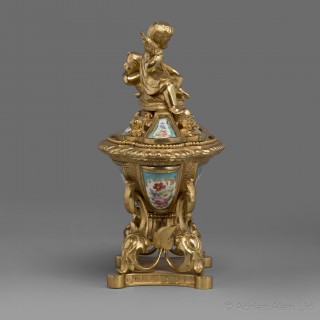 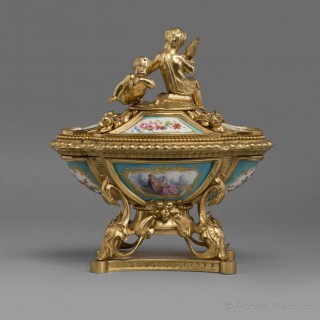 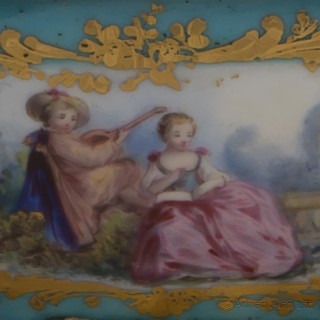 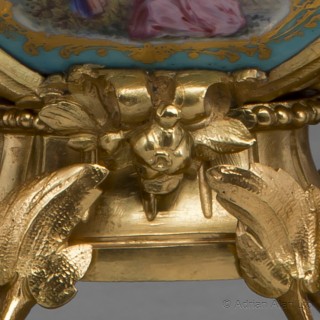 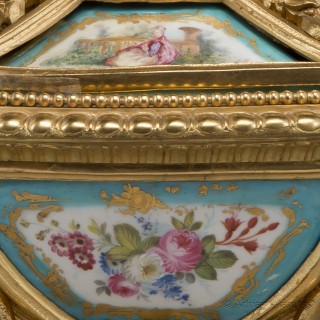 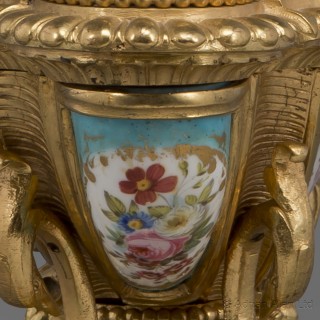 This elegant and sophisticated inkwell is of sarcophagus form with finely painted porcelain panels depicting la fête champêtre and foliate sprays, the stand is finely cast and gilded, the lid surmounted by finely modelled putti.

The popularity of the Louis XV style during the nineteenth century led to a number of companies in and around Paris, creating exceptional Sèvres-Style porcelain based on eighteenth century models, and to the same exceptional quality. Often these pieces were of exhibition quality and scale, and finely painted by the best studio painters of the day such as Robert, Desprez and Poitevin.